When asked many years ago what he most wanted out of life, Shel Silverstein answered, “Everything.” It was a characteristic answer from this elusive, legendary artist who was born in Chicago on September 25, 1930 and died in Key West on May 10, 1999. He wanted everything out of life, but like the famous subject of his classic book, The Giving Tree, he gave everything he had to give, and kept giving till he was gone.

What he gave remains: a universe of songs, books, cartoons, movie scores, poems, plays and more, all imbued with his singularly warm humorous and often bawdy slant on life.

He wrote songs nobody else could have written—funny songs, sad songs, love songs, children’s songs, dirty songs, country songs, folk songs, rock songs and more. He wrote songs that became hits for a rainbow of artists and bands, including Johnny Cash’s “A Boy Named Sue,” Loretta Lynn’s “One’s On the Way,” Dr. Hook & The Medicine Show’s “Cover Of the Rolling Stone,” and The Irish Rovers’ “The Unicorn Song.”

He also wrote some of the most touching and beloved children’s books of our time, books that always seem to find themselves on the shelves of adults as well as kids. These include Falling Up, Where the Sidewalk Ends, A Light in the Attic, The Missing Piece, Uncle Shelby’s ABZ, A Giraffe and a Half and Shel’s favorite, Lafcadio the Lion Who Shot Back.

“I would much rather have been a good baseball player or a hit with the girls,” he said to Jean Mercier of Publisher’s Weekly in 1975. “But I couldn’t play ball, I couldn’t dance, and the girls didn’t want me. So I started to draw and to write. I was also lucky that I didn’t have anybody to copy or be impressed by. I had developed my own style. I was creating before I knew there was a Thurber, a Benchley, a Price, and a Steinberg. I never saw their work ‘til I was around 30. By the time I got to where I was attracting girls, I was already into work, and it was more important to me. Not that I wouldn’t rather make love, but the work became a habit.

That work led him to a career as a cartoonist for Playboy magazine, where he was installed immediately upon that magazine’s 1952 Chicago conception. But he was soon called from the corridors of Playboy to serve in the military during the Korean War. The army wisely kept him far from the frontlines, allowing Shel to flourish where he was best suited, contributing cartoons to the army’s newspaper, The Pacific Stars and Stripes.

After the war, upon returning to Chicago, he became drawn to folk music and started frequenting Chicago’s Gate of Horn, where folksingers such as the late great Bob Gibson frequently performed. Gibson—who as one half of Gibson & Camp and later as a solo artist was of the folk community’s most revered and incandescent performers—urged Shel to make the transition from cartoonist-poet to songwriter.

“Shel was doing his cartoons and living at the Playboy mansion in Chicago,” said Gibson’s daughter Meridian Green. “And Bob gave him an unfinished song and said ‘Put some words to this.’ Shel said, ‘But I’m not a songwriter.’ Bob said, ‘Sure you are. You just haven’t done it yet.’”

Gibson was right. Shel was a natural born songwriter, and once he got started he never stopped. With a brilliant imagination, a natural gift for rhyme and vivid imagery, and a lifelong love of music, Shel discovered that he possessed an almost limitless capacity for expressing himself in song. “The words poured out of him,” said Fred Koller, who collaborated with Shel on many songs. “Songs were written in restaurants on napkins and menus, and during the long drives up and down the coast when Shel would scribble the lyrics on the side of his hand or the cuff of a shirt after every available scrap of paper was already covered with new songs.”

Shel was known to come up with wonderfully inventive and inspired songs right on the spot. Photographer Henry Diltz remembers hanging out with Shel in the early ‘60s in a Honolulu coffeehouse called Greensleeves.

“It was everybody’s home away from home,” Henry said. “It was owned by an Arabian man named Cyrus. And Shel was there a lot—he loved Honolulu because he found a lot of people like him there—beatniks and hippies. I remember him writing and singing a lot of songs there. He even wrote one for Cyrus that I’ll always remember. It started: You can’t take your camel/Into bathrooms with enamel/An Arab’s got a right to sing the blues. That was Shel.”

Shel recorded more than a dozen albums of his own, from Hairy Jazz in 1959 to A Light In the Attic in 1985. He also spent a lot of time writing specifically for other singers and groups, such as the series he wrote for Bob Gibson. In the early ‘60s Bob and Shel shared a little studio apartment on Hudson Street, where, according to Meridian, “They did a whole lot of their writing and other various and sundry activities.” When Gibson moved to California, Shel followed and started a love affair with the Golden State that lasted his whole life, leading him to settle for years at a time on his houseboat in Sausalito.

In the ‘70s, after Shel had much success under his belt and Gibson found himself without a major record deal struggling to make a decent living on the folk circuit, Shel wrote songs with and for his old friend to sing. Together they collaborated on great songs such as “Cindy Dreams (Of California).” But most poignant of all is the song that Shel wrote and which became Gibson’s bittersweet theme song, “The Living Legend.” It’s a remarkable work, a rare instance of one songwriter capturing the soul of another.

Hey Mister, can you use an old folksinger?
Would your patrons like some old time soul?
Can they dig the “Foggy Mountain Breakdown”
Sorry, I don’t play no rock and roll
But I can make them cry to “Molly Darling”
Sing along to “Row Your Boat Ashore”
The street life sure is fun when you’re 21
But mister, I ain’t 21 no more
So I take the love of them who still remember
Take the help of them who are to give
Swap my songs for sandwiches and shelter
Even living legends got to live …
—From “The Living Legend”

“One of the things that makes songs really powerful is when they are so true it’s almost painful to hear them,” said Meridian. “When I first heard that song, I couldn’t believe my dad was doing it. I just couldn’t believe it. And that’s where the bones of folk music are. When you get unbelievably naked and say things that are painfully true. That’s an extraordinary song.”

When Shel recorded his own albums, he often chose his comic songs over the kind of elegiac ones he wrote for Gibson. And among comic songwriters, few have ever come close to Shel’s level of hilarity. Like Randy Newman, Shel was able to write funny songs in which the humor never grows old and no line is wasted. One of his most famous funny songs is “Freakin’ at the Freakers Ball,” which he recorded on the album of the same name along with other classics such as “Don’t Give a Dose to the One You Love Most,” “I Got Stoned and I Missed It,” and “Masochistic Baby.”

Given the adult nature of so much of his writing and his cartoons, it’s ironic that he’s best known for writing children’s books. As with his songwriting, writing books for kids was never anything he intended to do, and it only happened because a friend talked hi into it. When he created The Giving Tree, it was initially rejected for publication because some felt it was too sophisticated for children and not enough for adults. That assessment was obviously far from the truth, as the book went on to earn several literary awards, and is now considered one of the true classics of the genre. Soon Shel was on par with Dr. Seuss and Maurice Sendak in creating books as vividly unconfined and creative as the actual imagination of children.

Shel also wrote songs and scores for many movies, and it was when he was writing songs for the 1971 movie Who Is Harry Kellerman and Why Is He Saying All Those Terrible Things About Me?, that he heard from the producer Ron Haffkine about a new band from Union city, New Jersey called Dr. Hook & The Medicine Show. Haffkine liked their sound but new they needed good songs. He landed them a record deal, and then turned to Shel to write all the songs for their first album. Shel had no problem coming up with great material perfectly suited for them, such as their first hit single, “Sylvia’s Mother,” which flew to the top of the charts. Shel also wrote all the songs for their second album, Sloppy Seconds, and continued to contribute songs to the group, which eventually disbanded in 1985.

It was the perfect kind of success for Shel, who had little interest in living the life of a rock star and being burdened by the pressures of recording and touring. Though he loved writing, performing and recording songs, he always remained hungry to enjoy all aspects of life and to remain free enough to do so. Freedom was foremost in his heart and mind, and was careful never to allow his success to grow so large that it would keep him, as he said, “from the wonderful stuff there is in life.”

Pat, fairy-tale endings were never part of Shel’s children’s books, however. In The Giving Tree, the tree ends up as a stump, albeit a happy one, providing a seat for his oldest friend. In 1978 Shel told the New York Times that he felt happy endings “create an alienation” in children. “The child asks ‘Why don’t I have this happiness thing you’re telling me about,’ and comes to think when his joy stops that he has failed, that it won’t come back.”

He felt it was wiser to give children a more realistic idea of life, one that wouldn’t mislead them in later years. His instincts proved accurate; children of all ages have taken his books to heart ever since. Though this success pleased him, it was never the reason he made his art. “I would hope that people, no mater what age, would find something to identify with in my books, pick up one and experience a personal sense of discovery,” he said in 1975. “That’s great. But for them, not for me. I think that if you’re a creative person, you should just go about your business, do your work, and not care how it’s received.”

Shel’s work is usually received with a mixture of laughter and sadness, sweetness and awe. When faced with his extensive body of work, it’s easy to conclude that the guy was a genius. How else could he have done so much, and in so many different artforms? But like most great creative artists, Shel’s own estimation of himself had more to do with gratitude for a life spent making art than any trace of egotism. Back in 1965 when Louis Maybridge asked him if he thought he was a genius, Shel’s answer was immediate and unequivocal: “No. I think that I am just lucky.” 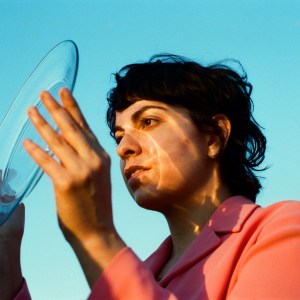 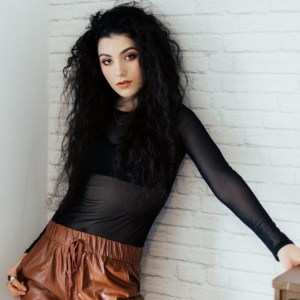