Attaching a proper name to a certain personality types has been going on for eons. Calling a beefy jock a “Biff,” an annoying dork a “Kyle,” a popular girl a “Heather,” or, in a more recent lexicon, a woman behaving badly a “Karen” is a universally understood code. Such is the case with a “Sherry,” which SoCal newcomers We The Commas attach to the person they’re crushing on.

Calling an attractive woman a Sherry isn’t really a new nickname.  The Four Seasons titled their song “Sherry” back in 1962.  Bruce Springsteen had his “Sherry Darling” in 1980. Joe Perry individualized his “Oh Sherrie” by changing the spelling slightly 1983.

Now, We The Commas has their own “Sherry” that they want to get with.

“’Sherry’ is our generic term for your love interest,” says the band about the track, available on all DSPs. “We wrote the song ‘Sherry’ because we wanted to capture the feeling you get when you feel like you found the perfect romantic partner.  Finding your Sherry is an amazing feeling.”

Currently on their search for a “Sherry” of a different sort – this time, she’s a hit single, these three siblings – Lenny, Jordy and Cam (in age order) – are launching their career with this song… a sunny, breeze calypso-infused track that reflects the atmosphere they grew up in – San Diego, California. Like the Beach Boys did six decades before them, We The Commas manifest that unmistakable musical feel and sound of the surf and sand. You can almost taste the brine in the brushed snare as it steadies their gentle acoustic guitars and three-part harmonies.

While their music’s carefree disposition embodies a total Spiccoli (another nickname!), their upbringing wasn’t quite as uncomplicated. As three African-American siblings growing up in a largely Caucasian environment, the brothers’ experience in a rather white surfing community and culture was a rather unique one that added its own set of tweaks.

“[Being Black] influences our music, because it tells our experiences. Especially where we live, there’s not a ton of people who look like us,” says Lenny about their upbringing. So instead of trying to fit in, they embraced their singularity. “We’ve learned to be the most authentic version of ourselves,” he adds. “We’re trying to do something different that people haven’t seen.”

Following that distinctive muse, their pastoral music took on a unique direction more akin to the pop calypso style of early Jason Mraz and Jack Johnson.  Upholding a rather loose, DIY aesthetic that has earned them fans in their local scene, We The Commas made a name for themselves by jamming on the beach, their natural ability to get into a groove reminiscent of the artist who they admire most, Dave Matthews.

“We admire him because his lyrics make you see what he’s singing, like a movie,” they agree. “He paints a really vivid picture and story with his writing, and the way the music is written with so many different instruments really makes you feel what the Dave Matthews Band is saying.”

With dreams of securing a similar legion of fans for themselves that the Dave Matthews Band commands, We The Commas hope that they can transfer some of their own chill vibes to listeners and provide “an escape from what they are listening to on repeat already,” they conclude. As a new band getting their first taste of mainstream success is right at their fingertips. “For some, [‘Sherry’] a bit nostalgic and for others it’s brand new. We hope that this feel-good song is used by people as an escape to their happy place.” 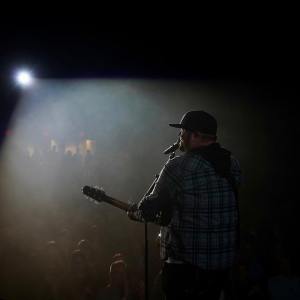 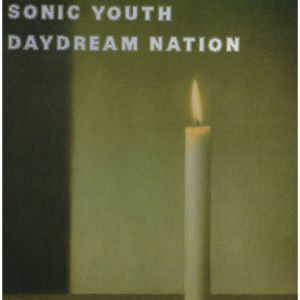