Guitar in hand, Sheryl Crow planted herself down, returning to basics, practicing and writing, when the quarantine hit in 2020, revisiting her 30-plus year catalog of songs and reminiscing on their stories.

“I just started playing the guitar,” Crow tells American Songwriter. “I couldn’t figure out why I was playing. It wasn’t just work, but it was actually just for the fun of it and brought me back to practicing, which we don’t do very often. We’re always so busy playing shows to actually sit down and practice. That’s been a a real game changer for me, to be able to sit down and play 30, 40, 50 songs.”

On June 18, Crow takes her “Songs and Stories” to her “little church,” a private space built on her Nashville property. “Sheryl Crow: The Songs And The Stories – A Live Solo Performance” will feature tracks from the artist’s nearly 30-year career and 1993 debut Tuesday Night Music Club, filmed by mute-camera, high definition video, produced by the UK-based livestream company Driift. It feels complete and it feels unique,” says Crow, “and it’s something that I’ve never done before, so hopefully people will enjoy it.

“Doing a solo show like this is challenging and exhilarating,” Crow adds. “Presenting these songs in a new way is exciting for me. This is not a usual acoustic show. Those can be great, but this is something different. I feel the beginnings of a renewal after the painful separation we’ve been through. I have tremendous gratitude for it. I can’t wait for fans to hear and see this very special show.”

Sharing the stories behind her songs was also something Crow has never done throughout her career. “Storytelling has really gone by the wayside,” she says. “Being an artist doesn’t revolve around flashy videos. It’s really about sitting around telling stories, as a songwriter. Every song begins with a nugget of a story.”

She adds, “Sometimes when you’re writing songs, you’re starting from a place where you don’t really know what the authentic experience is, you’re just inspired. To be able to reflect on it, you realize what the song was actually referring to and what it was trying to put a Band-Aid on for you.”

On Aug. 13, Crow will also release a collection of three live performances on Live from the Ryman & More.

Recorded over five nights during Crow’s 2019 tour at Nashville’s historic Ryman Auditorium, the Ace Theatre in Los Angeles and the Newport Folk Festival in Rhode Island, Crow will reveal a new track every two weeks leading up to Live from the Ryman (The Valory Music Co.) release.

The album includes “Strong Enough,” Crow’s 2003 rendition of Cat Stevens’ “The First Cut Is The Deepest,” “All I Wanna Do” and “Soak Up The Sun” and features performances by Brandi Carlile, Emmylou Harris, Jason Isbell, Lucius, Maren Morris, Natalie Hemby, Amanda Shires and Stevie Nicks.

Drawing from Crow’s career, Nicks joins on “Prove You Wrong,” Isbell moves through Bob Dylan’s “Everything Is Broken,” Carlile and Morris harmonize on “If It Makes You Happy,” Harris adds some brood to “Nobody’s Perfect,” and Lucius offer some Gospel moment on “Run, Baby, Run.”

“To be able to kind of create these glorious collaborations in a handful of gigs where I could ask friends to come up and do the songs was great and worthy of being captured,” says Crow. “I wanted to put it out for people who weren’t able to get those gigs, especially now just to see and  listen to some live music… it’s not perfect, but it definitely captures the spirit, not only the song at the moment.”

Getting back to her “church,” Crows says she’s tapped into her roots again.

“I find that if I’m writing, I’m working,” says Crow. “I don’t use it for those purposes. It’s to tap into something other than myself, and for that reason, it’s been a really great place to go. It’s a very inspiring place to be, to just sit in there in the quiet and every window looks out on the trees. It’s just for dreaming.” 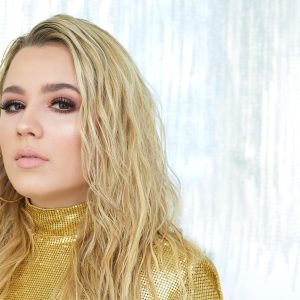 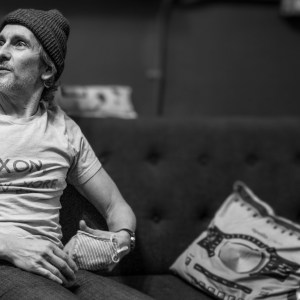