It was Halloween in Nashville, 2018, and Gabby Barrett was stepping into a little writer’s room with Zach Kale and Jon Nite.

Even though she was just 18 at the time, Barrett wasn’t quite a “newbie”—fresh off coming in third place on the sixteenth season of American Idol, she had gotten a taste of what the national limelight is like. But despite what you might expect, being on American Idol isn’t an instant-ticket to success, and after the season wrapped, she was having a hard time figuring out her next step. Labels weren’t interested and no one in Nashville was biting—she knew she had to do something spectacular to break into the industry proper. So, on that fateful Halloween night, Barrett and her co-writers were walking in with one goal in mind: write a hit.

Yet, even though hopes were high, the vibe just wasn’t there at first. “The energy was kinda mediocre,” Barrett confessed to American Songwriter. “It was actually one of the first writes I ever did. I finished up Idol in May 2018 and this session was just a few months later. I had done a tour and stuff in between, but I was really just starting to dive into writing. Zach Kale was actually the first person that I had ever written with, and that night was the first time I had ever worked with Jon Nite.”

A little bit new to everything, but still feeling undeterred, Barrett kept her wits about her as they began brainstorming ideas. “We went into the writing room and started messing around with music and lyrics, everyone was kinda talking about ‘What do we want to write today?’” she said. “One of the guys suggested we write a song where a guy does a girl wrong, but the girl still wishes him well. Kinda like ‘I hope he finds what he’s looking for.’”

This idea seemed promising enough, but the more they started exploring the concept, the more uneasy Barrett started to feel. See, inspired by some of the legends who came before her (like Dolly Parton) she’s the kind of artist who values one thing over everything else: authenticity.

“I tend to connect with songs that come from a genuine place within the artist,” she said. “Dolly Parton is somebody that I look up to and she’s been such a good example of that for me. She always wrote things that were genuine to her and her life. That’s definitely what I want to do with my music as well.”

So, the more she chewed on the idea of the girl wishing this guy well after he wronged her, the more she felt like that just wasn’t the truth. “I was like, ‘I don’t actually think women tend to respond to that,’” she said. “Like, ‘Let’s just write how they honestly feel,’ because I know that feeling. That’s how I felt in high school with the relationships I was in, you know? I felt bad about them and I wanted to say something in the end, but I never got the chance.”

At that point, the energy of the session started to pick up—still a little unsure about which way to go, Barrett, Kale and Nite stepped back a bit from the original idea and started brainstorming ways to take the song in a new direction. Then, proverbial lightning struck… in the form of a joke.

“We were just naming out all these hopeful things in the chorus,” Barrett said. “Like, I hope you both feel the sparks by the end of the drive and I hope you know she’s the one by the end of the night. I just started laughing out loud. I turned and said ‘And then I hope she cheats!’ Everyone just started laughing, but Jon said ‘Oh my gosh, we should actually do that,’ so then we went from there.”

Inspired by this serendipitous flash of brilliance, the three began to pursue this new idea with rigor. They tweaked the words, moved some things around and modified the chords to make it a bit darker with a bit more drive. In the end, “I Hope” turned out to be a masterpiece, becoming one of the biggest crossover hits in recent memory, reaching #3 on the Billboard Hot 100 and earning a 5x Platinum certification from RIAA.

But as Barrett, Kale and Nite were wrapping up that night, Barrett still had no idea just how big this song would become. “It’s funny to me, and I always go back to this one moment,” she said. “That night, as we were packing up to leave the writing room, Jon turned and said ‘Guys, this may be the biggest song of my career.’ He literally said that. I was like ‘Woah, what?’ Jon has multiple No. 1s with legendary people. I couldn’t believe it. But, two years later, here we are.”

It’s true—not only has “I Hope” become an international crossover hit, it went on a wild two-year journey to get there. “It’s been totally surreal,” Barrett reflected. “This is my first real single ever, so to have it be played on the radio and pushed by so many has been crazy. It’s surpassed my expectations. When I first put it out, I dropped it independently without a label—there weren’t any labels interested in me at all at the time. It was just me and my management team. We were like ‘Okay, the first thing we’re going to do is push it really hard.’ We did and it automatically shot to No. 1 on iTunes in, like, 24 hours. It was crazy, the numbers started going insane. Then I went on a radio tour, pushing it there, which brought it up to country radio No. 1.  Then, Charlie Puth ended up reaching out to do the remix, which brought it into the pop world. It ended up going No. 1 on pop radio too. So, it’s all been a crazy roller coaster. Just insane.”

Now, looking back, Barrett’s proud of her team and herself—even when every sign around her read “No,” she kept pushing on with her dream, never giving up on her vision. Proving all those labels who turned her down wrong, she not only went on to make a historic debut, but she made a name for herself as a capable, highly-skilled and highly-committed artist. To this end, she cites her drive as one of the biggest secrets to success.

“Hard work and perseverance is a huge thing when it comes to any big dream that you have,” she said. “Not even just with music, but with anything. I would encourage anybody to be willing to put 100% in. You’re gonna get a lot of ‘No’s’ throughout life—I’ve been vigorously performing since I was 11 and I’m 21 now, so I got well-acquainted with closed doors and trial and error over the past 10 years. I remember being younger and thinking ‘Why isn’t this happening sooner?’ and all of those things. But, you know? It’s starting to pick up now. So, you just gotta be patient with things. Patience, hard work and perseverance are the keys to success in anything.”

With “I Hope” still dominating the airwaves and Barrett’s momentum showing no signs of slowing, her story is still just beginning. With her talent, her vision and her passion, the sky’s the limit. 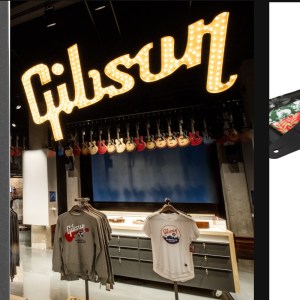 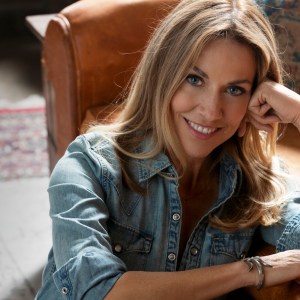