Country-rocker Shooter Jennings has gathered the pack once more for a night to honor the life and legacy of the legendary singer-songwriter Warren Zevon.

Jennings and his Werewolves of Los Angeles will be doing it all again, bringing a special evening of career-spanning Zevon hits to the famed Roxy Theatre in West Hollywood, California. Set for Feb. 3, 2023, tickets are on sale now.

“I just wanted to challenge myself. I’ve been touring and playing piano with Brandi Carlile for two years in her band,” Jennings explained of his new Zevon-centric project, in conversation with Rolling Stone. “And I’d really like to woodshed at the piano so much more. I’d been teaching myself a lot, so that’ll make this fun and exciting…”

He added, “With Zevon, I didn’t realize it until I learned all these songs we were rehearsing, was how similar his vocal range and his style logically, the keys he’s choosing, is very much a lot like myself.

“There’s a lot of overlaps with my own life [and his],” he continued. “And I just have such an admiration for the simplicity of his songwriting. The chords and things, it’s all very simple, but it’s so artistic and biting. Lyrically, he can chop a whole forest down with one word—it’s amazing.”

Watch Shooter Jennings and the Werewolves of Los Angeles perform “Lawyers, Guns and Money” at Rebels & Renegades Music Festival, below. 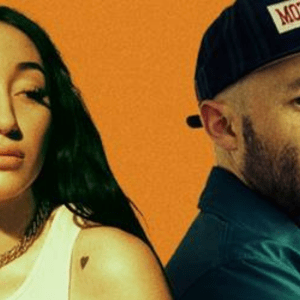