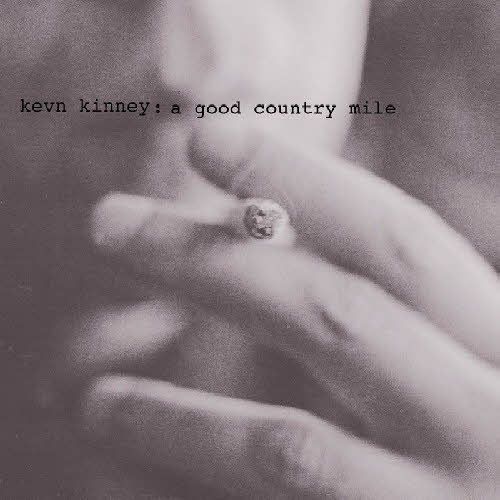 Long time Drivin’ N’ Cryin’ mainstay Kinney has crafted a productive if not particularly commercially successful solo career away from the veteran Southern hard rockers. Now ensconced in New York City, Kinney joined with Anton Fier and his loose knit Golden Palominos collective (Fier produced some D N C albums) for this typically rollicking, thinking man’s hour long set that is one of the highlights of his bulging catalog. Kinney never phones it in but he’s clearly inspired by Fier and his cohorts. His red clay roots and reedy voice aren’t obscured by the Northeast recording locale, especially on the nearly 10 minute title track where you can practically smell the stale cigarette smoke and hear the Dylan records in the background as the acoustic based story song gradually unfolds. The album is a heady meeting of the minds that brings out the best in Kinney on a batch of songs that capture his bleak yet vaguely hopeful outlook. 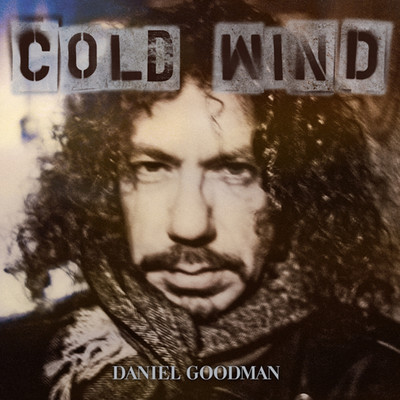 Anto Fier (see Kevn Kinney) and more of his NYC buddies also lend a hand to Goodman’s debut, an album that has its heart and soul in the stirring UK folk of Nick Drake, John Martyn, Richard Thompson and even Donovan. His baritone is a ringer for The The’s Matt Johnson with a touch of Ian Anderson that finds the sweet spot between a growl and a moan. He doesn’t need more than a guitar as is clear on the moving “Pine Ridge,” but when the band joins in, folk rock-with an emphasis on the latter– kicks into high gear. The songs and singing are compelling and Fier’s classy production muscles them up just enough without descending into major label slickness. Jazz bass lines and Norah Jones’ guitarist Adam Levy bring torchy touches but Goodman’s tunes are confident and powerful making this a potent and impressive first release. 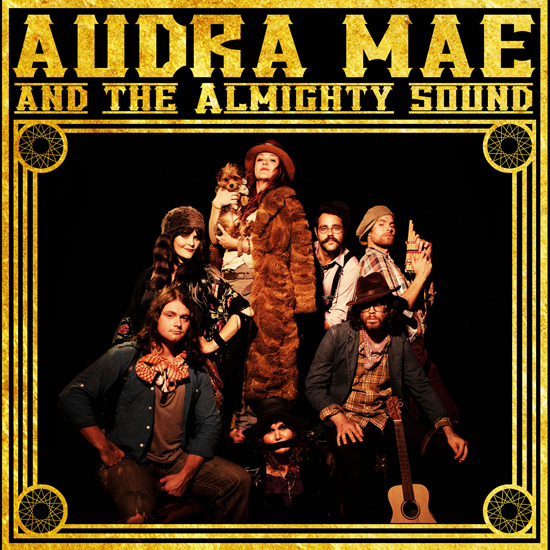 Despite its name, Americana singer/songwriter Mae’s previous release, 2010’s The Happiest Lamb, was a dark, brooding affair that nonetheless was riveting in its simmering intensity. This one ratchets up the tempos and fun quotient as Mae borrows some tough gal, sexy, red hot rockabilly tips from Imelda May while maintaining her strong songwriting chops. The tunes jump out and slap your face as Mae’s sturdy, no-nonsense vocals assert themselves with the kind of confidence that inspires titles such as the whip smart “Smokin’ the Boys” and the thumping “My Friend the Devil.” One of the early highlights of 2012. 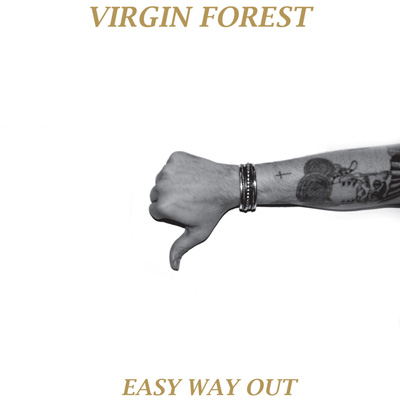 Phosphorescent (aka Mathew Houke) has a pretty great band backing him. In fact the four piece called Virgin Forest is so good, they have their own career which is slowly gaining momentum with this, their sophomore release. There are virtually no traces of Houke’s laid back/indie country rock as they charge down a more blues oriented, ominous route similar at times to Nick Cave, 16 Horsepower and Jeffrey Lee Pierce of the Gun Club, the latter a comparison even referenced in their bio. The 10 short tunes fly by in just over 25 minutes but feel longer due to frontman/lead singer Scott Stapleton’s quivering vibrato and a sense of edgy urgency that keeps the songs compact yet not rushed. It seems these are only blueprints though for live performances that might add length and extra heft to the already intense and rugged ruminations. 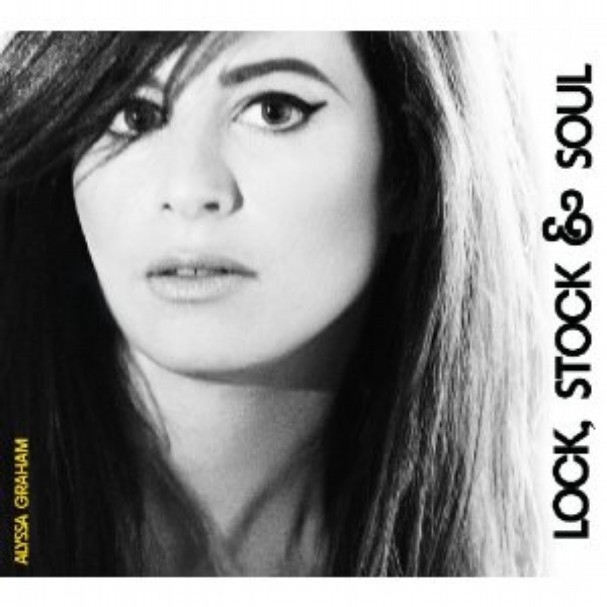 The adjective “soulful” summons up the likes of tough R&B divas such as Aretha and Mavis, but soul refers to anything that comes from the heart. That’s why it’s just as pertinent describing the sweet, breathy coo of Alyssa Graham. She has studied jazz singing at the New England Conservatory of Music and that style, while not featured in her singer/songwriter tunes, underpins this impressive, low key and immaculately constructed set. Sometimes the airy material and silky vocals seem tentative and the reliable tempos could use some changeups. Both funk bassist Meshell Ndegeocello and Richard Thompson drummer Michael Jerome are restrained to the point of practically disappearing in Craig Street’s shimmering sea of tasteful production. While it’s all beautiful and stylish in a rainy days and Mondays way, you can’t help wishing things were looser and edgier as on the funk lite of “Ain’t My Kind of Boy.” 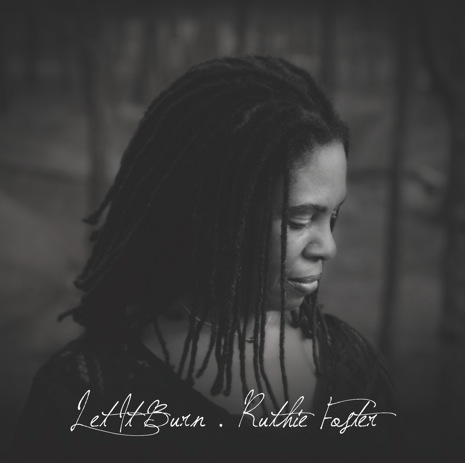 Austin roots/folk/singer-songwriter Foster traveled to New Orleans, hooked up with some of that city’s best musicians and dropped her guitar from the mix– freeing her to focus on some of her finest recorded vocals– for this stirring, often spellbinding mix of gospel, R&B, folk and rock. Appearances from the Blind Boys of Alabama and William Bell further enhance this eclectic set of smartly chosen and frequently radically rearranged covers from Adele, the Black Keys, Robbie Robertson and others. Foster’s gripping versions of Pete Seeger’s protest classic “If I Had a Hammer” and June Carter Cash’s simmering “Ring of Fire” cast these standards in an entirely fresh and soulful light and will hopefully expose Foster’s obvious talents to a larger audience. 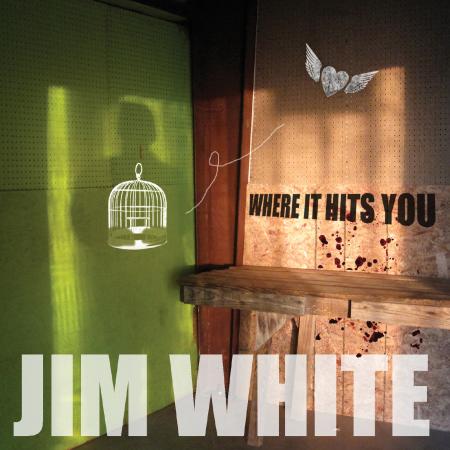 Considering the unfortunate back story to this album—White’s wife and mother of his kids suddenly walked out during its recording—his intimate musings become even more relevant and heart rending. Lyrically it rears its head on “Epilogue to a Marriage,” but White’s hushed, talk-sung vocals and often melancholy tone is intensely reflective throughout. The Athens-based multi-instrumentalist is joined by an assortment of similarly rootsy musicians who help flesh out some of these generally atmospheric yet always moving pieces, many of which only reveal their subtle allures after repeated playings. Hints of spirituality thread through the proceedings with an upbeat folksy entry and even a funky pop ditty (“Here We Go!”) emerging during this diverse hour long trip to the more private spaces of White’s fertile imagination. 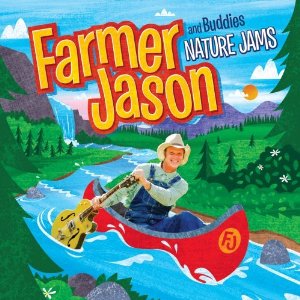 Few would have imagined that when edgy country punkers Jason and the Scorchers began burning up stages that frontman Jason Ringenberg would find a lucrative second career as an affable, even goofy children’s artist named Farmer Jason, albeit one with serious rock and roll chops. He calls in high wattage guests such as Todd Snider, Hank Williams lll, R.E.M.’s Mike Mills, Webb Wilder and other rootsy contemporaries to assist on these 16 nature-centric, country-based singalongs. Brief speaking intros set up the tunes and provide educational background about prairies, bayous, hiking, glaciers and the like in an amusing, if slightly contrived way. But the music is frisky and everyone seems to be having a terrific time, which is contagious to both adults and youngsters. 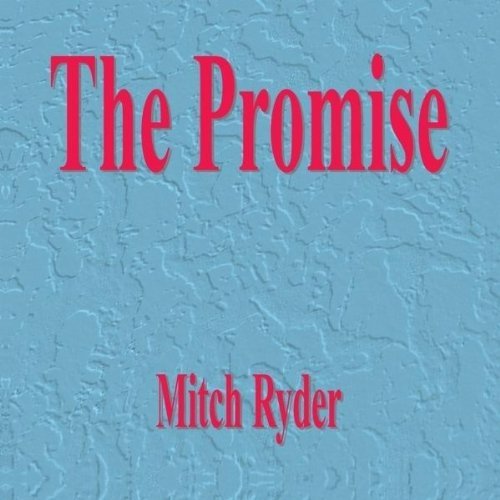 Unbeknownst to most Americans who may recognize Ryder’s name from a handful of explosive “Sock It to Me Baby” 60s hits, the Detroit soul shouter has maintained a vibrant career in Europe where he’s only known for his more recent material. Read about the singer’s hardscrabble life of ups and mostly downs in his new autobiography Devils & Blue Dresses: My Wild Ride as a Rock and Roll Legend. This is his first stateside release in 30 years and while it’s not in the vein of his riveting, pulsating classics, it’s a tough, often lyrically reflective rumination set to no nonsense, simmering, often swampy blues inflected rockers with an undercurrent of taut funk. Producer/fellow Detroit native Don Was keeps the approach stripped down yet full as bubbling Latin percussion spars with Ryder’s still-vibrant-at-66 vocals. A live cover of the Motown gem “What Becomes of the Broken Hearted” brings it all home. 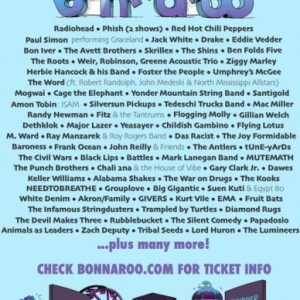