In her own artistry, as with her songwriting, Smith is more concerned about the quality of the music than whether it fits neatly into any preconceived genre. That’s evidenced by her elegant, pop-leaning 2018 album for Monument Records, Starfire, and her more recent project, Supernova.

“That’s a beautiful thing about my partnership with Monument—when I first signed with them, there was no push to country radio,” Smith told American Songwriter. “ Instead, it was like, ‘Let’s build a few markets at a time.’ And honestly, when I first signed with a label, country radio in general wasn’t playing any women—there were like two women on the charts, so it was not even a question. It didn’t seem like the right thing to do. That felt like a really big monster to take on. It’s kind of been understood that I kind of live as a genreless artist in a way. I think it just comes from all the years of writing. A little bit pop, folk, country, soul—I figure my voice kind of lives in all of those worlds.”

After penning hit songs for country artists, Smith recently released the sultry and raw single “I Can’t,” a collaboration with Old Dominion, to country radio. The song appears on the deluxe version of Supernova, which was released in September 2020.

“This collaboration wouldn’t have happened without the pandemic, I believe,” Smith said while en route to Florida to hold a few small, socially-distance concerts for radio programmers. “My album Supernova originally released March 13, 2020, perfectly timed with lockdown. So we released it, but nobody was listening to new music. We were all glued to the news. So it was a hard time to have a record out.”

Smith and her label team regrouped and discussed the idea of releasing a deluxe version of Supernova. When Smith brought up the idea of remaking “I Can’t” as a duet, hit songwriter/producer and Monument Records co-president Shane McAnally suggested Old Dominion.

“I knew that Old Dominion had never done a collaboration before,” Smith said. “I thought it was definitely a stretch, but Shane played them the song and they loved it.  I thought they were just going to have [Old Dominion lead singer] Matthew Ramsey sing on it, but they were like, ‘We all want to play on this!’”

In true 2020 style, Old Dominion and McAnally recorded the band’s parts in Nashville, while Smith joined in via FaceTime from Minnesota.

Smith wrote “I Can’t” with Ben West and Stephen Wilson. The song’s first line, This ain’t a 20 minute town no more/it don’t look the same, was inspired by the proliferation of buildings in Nashville over the past decade.

“I was driving from my house in Brentwood up to East Nashville where we were writing and as I drove by downtown and saw the skyscrapers and like a million cranes, I just thought about how much the city has changed in the 10 years I’ve lived here,” Smith said. “Then I started reflecting on the change that I’ve gone through as a human. I’m grateful for that. I started just reflecting on change in general, and how sometimes when we come up on those moments, it can just feel impossible.”

Indeed, in the space of a decade, Smith has gone from wide-eyed newcomer, to a hit songwriter and authentic artist, with her eyes wide open to the ways of the industry.

“I was very naive,” Smith recalls of moving to Nashville in 2010. “I thought you just walk into this town, sing a couple of songs, get your record deal and your song gets on the radio. It’s not that easy. So when I first moved here, I took a break from the stage, because I saw that you can have the best voice, but if you don’t have the songs, you can’t have much of a career.”

Instead, she focused on songwriting, and estimates she wrote over 100 songs per year while learning how to craft top-shelf material. “Being a staff writer was my Plan B,” she said. “But it started working. People started cutting my songs.”

Soon after Smith moved to Nashville, she was introduced to songwriter Don Schlitz—known for penning Kenny Rogers’ “The Gambler,” the Keith Whitley (and later Alison Krauss) hit “When You Say Nothing At All,” and Randy Travis’ enduring classics such as “Forever and Ever, Amen” and “Deeper Than The Holler.”

“Don was like my Yoda, he taught me so much about writing,” Smith said. She recalled how Rogers pulled Schlitz aside during an industry event and gave him the idea for “You Can’t Make Old Friends.”

“He asked Don to write that song for him. Don saved that idea, and asked me to write with him. When we finished, he emailed the song to Kenny and didn’t hear anything for six months. We thought he didn’t love the song, but then I was having breakfast with my publisher on April Fools’ Day and he told me Kenny was cutting it. I thought he was joking. The fact that the queen, my songwriting icon Dolly Parton…to hear her sing my lines is the craziest stuff ever.”

Garth Brooks recorded Smith’s “Tacoma,” while Trisha Yearwood took the title of her most recent country project, Every Girl, from her recording of Smith’s “Every Girl In This Town.” Yearwood released the song as a single in 2019, and it reached No. 21 on Billboard’s Country Airplay chart.

“Trisha was the first concert I ever went to. I would wear her T-shirt and hold a hairbrush like a microphone and sing all her songs,” Smith said. “She brought me in to sing background vocals on the song, so to hear myself singing on the radio with my idol, you can’t make that up!

“I was thinking of those songs I grew up on as a young girl in this tiny town in Minnesota, while writing this song with Connie Harrington and Erik Dylan. That song was about six years old before Trisha recorded it. So many artists had it on hold at one point or another,” she adds. “Mickey Guyton was going to cut it for a while. It floated around town and we re-demoed it a couple of times before it made its way to Trisha.”

Even with her success as a songwriter, Smith said it became harder and harder to give her songs away to other artists. “I started making demos for myself and pitching them to labels, but instead of getting label deals, they kept saying, ‘Well, can we just use this song for this artist?’ I was torn between wanting to make money and wanting to put out my own music. I got ‘No’ from every label in town.”

The rejection of Caitlyn Smith the artist, led her to focus on making more of the music she wanted to hear, and writing more of the kinds of songs only she could sing. The pursuit led her to her first album for Monument Records, the sleek and pop-oriented Starfire.

“I didn’t think about the label guy or the radio. That’s when doors started opening up, which is a wild thing. When I’m making records, I want people to see a piece of my heart,” she shares. “I try to cut songs that are a little quirkier, songs that make me think, ‘I don’t know if just anyone could say this.’ I have a song [on Starfire] called ‘This Town Is Killing Me,’ and I knew that was my story. I said ‘no’ to a bunch of artists that wanted to record that song.”

Last year, just as the pandemic began to grip the world, Miranda Lambert, Ingrid Andress, Maren Morris and Barrett each had chart-topping hits on country radio. Smith hopes to see more female artists reach the chart pinnacle again in 2021, as “I Can’t” makes its way up the country radio charts.

“That helps open the doors for an artist like me who doesn’t sit right down the middle in country music,” Smith said. “I’m an optimist. I feel like it’s a train you can’t slow down. I don’t know that the pandemic will change the ground that women have gained over the last year.” 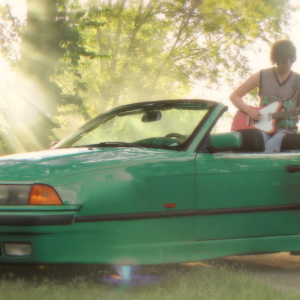