The video opens with the artist behind the wheel of a personalized BMW space car, cruising through pastel-dripping dreamscapes destined for an empyrean realm. His interstellar journey represents the shimmering single well—a sonic surrendering to the forces beyond the freedom of individuality. Set in a soothing scene, light leaks through lush greenery with a haze of humidity uniquely native to an oppressively Southern summer, illuminating his forthright lyricism.

Tasjan shares, “This live version of ‘Don’t Overthink It’ was masterminded by my close friend and visual collaborator Curtis Wayne Millard. We shot it outside in his driveway in the summertime. All the bugs and birds in the trees were singing along with me, and we didn’t try to edit those sounds out. All those big ‘swells’ in the song that sound like effects are actually just our friendly neighborhood cicadas.” He continues, inserting a shameless pun, “Kinda bugs me more locals don’t take advantage of that.”

Tasjan! Tasjan! Tasjan! ventures further inward than any of his previous albums, under several sects of music tradition. He’s been on a shape-shifting musical journey since winning the Duke Ellington Prize in high school. He forwent Berklee, pushing a scholarship aside to scrap up through the ranks the old-fashioned way.

From his glam-rock roots, when Jimmy Iovine told him “guys in makeup don’t sell records” to Semi-Precious Weapons—the rock outfit he co-founded—and opening Lady Gaga’s Monster Ball tour, Tasjan has continuously carved out sonic space for himself. As a legend-hopping guitar sideman, the malleable act chronicled outlandish memoir-worthy anecdotes about doing mushrooms with Bono in Ireland, bowling with Yoko Ono, and partying with Kate Moss in London.

His fourth solo album, released February 5, is a compilation of his convoluted path to his present artistry. Following his highly acclaimed 2018 album, Karma For Cheap, seeds of self and label doubt bloomed. As the label questioned Tasjan’s direction, the self-critical artist internalized their recommendations, becoming paralyzed with competing creativity. He covertly teamed up with co-producer Gregory Lattimer to escape the trap. In secrecy, the two crafted Tasjan! Tasjan! Tasjan! at Make Sound Good studios and mixed it with John Congleton (Angel Olson, Bill Callahan, Sharon Van Etten, Lana Del Ray).

Lyrically, Tasjan braves often-hushed topics like his queer identity, as presented in the glam-rock “Feminine Walk,” or gender-blurring hypnosis of “Up All Night.”  Songs like “Cartoon of Love,” “Dada Bois,” “Not That Bad” place the Millennial generation under a satirical microscope. “Don’t Overthink It” is a soft-rocking nod to anyone else who felt “other” as a kid, entrancing them to fill into their most confident, quirky self.

The collection rolls out as an affirmative meditation, casting out self-doubt while embracing the peculiarities that have throned the artist as a trans-genre luminary.

“Choosing to self-produce this record allowed me all the freedom I wanted during the recording process,” Tasjan explains. “Releasing the album and finding that people are connecting with it was the ultimate vindication of the hard work that was put into the album. In this particular performance, I guess I got into the spirit of the darker side of ‘Don’t Overthink It.’ Sometimes, the lyrics feel almost like a dire warning.”

Additionally, the artist heralds the vinyl release of his lauded album, Tasjan! Tasjan! Tasjan!, with an in-store performance at Nashville’s famed record store, Grimey’s New & Preloved Music. To open the performance, the spectacled artist speaks to the sanctity of the record store, describing it as an “institution.” He inventories the aspects that make it a ritual, even arguing that the vinyl sleeve’s size makes for a perfect joint-rolling palette—something one could never accomplish atop an MP3. He then highlights a transformation of your space when “you’ve never had that playing through your stereo before.”

This metamorphosis, as he notes, is critical, especially during this past year. This nostalgic tribute to a sacred establishment, followed by a multi-song live performance set, is more than self-promotion. Places like Grimey’s need support now more than ever before, and artists like Tasjan are more than willing to advocate on their behalf.

Watch the exclusive video premiere of “Don’t Overthink It,” from Aaron Lee Tasjan’s latest album, below. Grab a vinyl copy of Tasjan! Tasjan! Tasjan! here. The artist’s performance from Grimey’s will be available on March 26 at 7 p.m. CST. 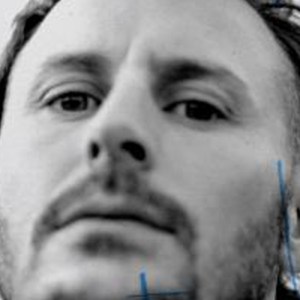 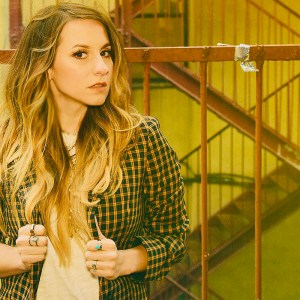