Having a single on national radio as a writer or an artist, much less being able to claim a No. 1 song on the Billboard country charts, is an incredibly difficult feat, even for someone who’s established in the industry. So when four writers (one also being a new artist) who’ve never been anywhere near the top of the charts see their names in that No. 1 slot… well, it can only be described as the closest thing there is to a music business miracle.

That’s what happened for artist/writer Kelsea Ballerini and her three co-writers, Lance Carpenter, Josh Kerr and Forest Glen Whitehead with the country hit “Love Me Like You Mean It.” Ballerini, Kerr and Whitehead (who produced the song) are all writers with Black River Publishing in Nashville, while Carpenter is a writer with Nashville’s Parallel Music Publishing. And one of the things that led Carpenter to Nashville, and that eventual number one spot, was his winning the American Songwriter Lyric Contest.

Carpenter, along with co-writer Scott Tonkinson, was the September/October 2010 winner of the contest, which is featured in each issue of American Songwriter. The duo took first place for a song called “Notches,” and the victory helped Carpenter decide that he needed to be living in Nashville if he was going to see success as a songwriter or an artist, or maybe both.

“I was born and raised in Ozark, Arkansas, and came to Nashville for the first time in 2008 to NSAI Song Camp just to learn how to write a song,” Carpenter says. “I never dreamed I’d have a job writing songs for a living or would be an artist. But I fell in love with the fact that people actually do this for a living, and it became such a passion. Music had my heart, it had my soul, and I felt like Nashville was where God wanted me to be.

“I entered the American Songwriter Lyric Contest, and winning was a big thing for me. I was already coming back and forth to Nashville pretty regularly by then, and winning the lyric contest kind of showed me I was doing something right, and hopefully, someday I’d graduate from winning a contest to getting a cut with a major artist. That song was really the one that got me started, got my name around in Nashville. I moved to town in 2011.”

Grammy-nominated engineer Nick Autry is the general manager of Black River’s Sound Stage recording studios and is also a backup singer on Carpenter’s demos. “Lance is just a super guy and I’m so happy for him, for all four of them who wrote ‘Love Me Like You Mean It,’ actually,” Autry says. “I’ve sung backup on some of Lance’s songs and it’s been great. He’s such a good writer and a good singer. I’m so proud to see him get a No. 1.”

Carpenter’s story of how Ballerini’s chart-topping single evolved is a typical tale of some folks getting together to write and having some magic happen. “Forest was my roommate, and we went to write at Black River since he was a writer there,” Carpenter recalls. “Josh and Kelsea, who was still just a staff writer at the time, were there, and we didn’t really have plans to write. We started a song, but it didn’t really go anywhere so we just ordered a pizza. Then somebody, I don’t remember who, said ‘Love Me Like You Mean It,’ and somebody said something else, and we thought that might work pretty good for a chorus, and Josh or Forest picked up the guitar and played a lick …we kind of wrote it all that night, finished it about 12:30 in the morning. Forest did a track on it and Kelsea sang it. Forest and I agreed that we weren’t sure what a hit song was, but that it sounded like one. Kelsea didn’t have her artist deal yet, and we didn’t know who to pitch it to because nobody on country radio sounded like that. Fast forward almost a year and she gets her record deal on Black River and they decide to use that as the single. And here we are celebrating a No. 1.”

Today, Carpenter is an independent artist touring regularly with his band, still playing the Martin guitar he won in the lyric contest and writing almost daily, hoping for lightning to strike twice. “I love it more than ever,” he says, “and it’s been such a great ride.” 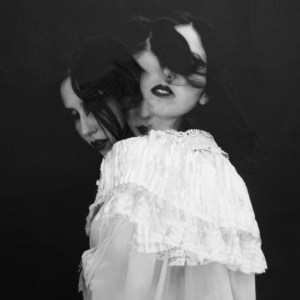 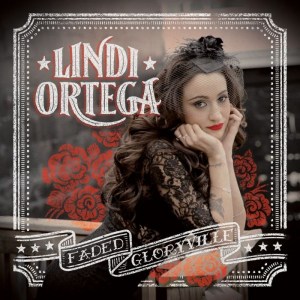