The new year is here, and the 64th Annual Grammy Awards are suddenly more tangible for many artists. Nominations have been announced and thoroughly analyzed. Predictions have been cast and recast. Among the diverse categories, the reggae band SOJA has been nominated for the Best Reggae Album with its September 2021 release, Beauty In The Silence.

“I had a phone call with my other musical director Trevor Young, the [SOJA] guitar player/vocalist followed by a phone call with my manager since I was 15, Elliott Harrington. We pretty much screamed at each other for five minutes,” SOJA frontman Jacob Hemphill tells American Songwriter about hearing the nomination news. “So, [we feel] pretty good.”

Beauty In The Silence is the 13-track record that broke the band’s four-year release hiatus. Before this record, the band was previously nominated for Best Reggae Album in 2014 and 2016. This time, though, the nomination feels different.

This record is the culmination of the band—Hemphill, Young,  Bob Jefferson, Ryan “Byrd” Berty, Ken Brownell, Patrick O’Shea, Hellman Escorcia, and Rafael Rodriguez—both working together and apart. It’s a collection of songs characterized by the creativity of a veteran group, but’s it’s also marked by the pandemic and the resilience that ensued.

“The first [creative process] was our normal [phase of] we all fly to a studio and live there for two weeks. We were lucky that that happened right before the pandemic, and we got all the basic rhythm, drum, bass, rhythm guitar, rhythm keys—we got all that down—scratch vocals. And then the world stopped,” Hemphill explains. “Then we moved into phase two, which is pretty much all of us have a studio in our house or down the street. And then we started passing stuff around.”

One of the moments that stands out to Hemphill from the building of Beauty In The Silence is the song “Break It Down.” Hemphill and Young recorded the track in New Caledonia, “which is way on the other side of the world,” as Hemphill described. It was there, across the world from where the band first started in Arlington, Virginia, that Hemphill first recorded “Break It Down.”

“Then the pandemic started,” Hemphill elaborates. “[Young] sent [‘Break It Down’] back to me, and he had replayed the bass. He had replayed my guitars. He wrote a drum track and then he sent… I think it was 15 layers of harmony vocals over the choruses. And I called him and I was like, ‘Dude, what did you do?’ And he was like, ‘I don’t know. I just kind of did what I was feeling.’ And I was like, ‘Well, you just did like something amazing. And it made me think that this is a good way to write a record.’”

This process of continuous creation and editing between bandmates occurred for the entirety of the album. “Now, I want to do it every other time we make a record,” Hemphill says about this methodology.

To employ the metaphor Hemphill used to describe this process, it was like the band members were contractors building a house. First, the band laid the foundation of the house (read: the new record) together, and then took on different aspects of the house separately (read: providing their own instrumentation).

“Each guy got to do their thing,” Hemphill states. “So if you’re like the window guy, you get a year and a half to really do the windows. If you’re the guy who does the hardwoods, you can sort of think about it for three, five months. It was cool. It was like alright, the framework is done as a group, and then we all do what we personally do by ourselves. Then you send it to the other guys and they’re like, ‘Dude, I love 85 percent of what you did. What if you change the last 15 percent?’”

Other songs on the record close to Hemphill’s heart, and proof of the band’s effective new music-making process, are “Back To The Start,” “This Heart of Mine,” and “Fall Like Rain.” Additionally, Hemphill wrote “The Day You Came” from a place of profound heartbreak. Each of these tracks possesses journeys of emotion and sound.

“That’s the secret of SOJA,” Jacob Hemphill says, “the sound is supposed to hypnotize you.”

“Then on listen six, seven, you’re like, shit. He’s talking about this,” Hemphill continues. “And there’s the key part, [you realize] I’ve been through that.”

This relatability and connectedness pour out of Beauty In The Silence. And yet, it’s still just fun to listen to. SOJA also brought on several talented artists and producers to help create this record. You will hear SOJA collaborations with Ali C of UB40, J Boog, Common Kings, Jared Watson of Dirty Heads, and more.

Check out Beauty In The Silence, below. 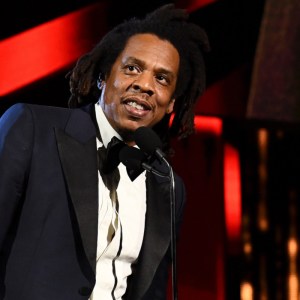 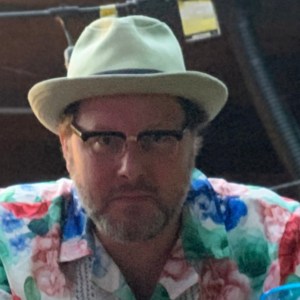