Her new album, a collaboration with Dave, will be released on his Bay Street Records imprint later this year

Rising star and Bay Street Records recording artist Iris Gold welcomes you into her world of ‘hippie hop’ as she starts her journey to collaborate on an exciting new album with the man Bob Dylan calls “Captain Dave,” the legendary songwriter/ musician/ producer/ Eurythmics co-founder, Dave Stewart. The new album will be released under Stewart’s famed Bay Street Records imprint later this year.

Gold, born in London but raised in Denmark, quickly made noise in the music industry, attracting attention from stars as diverse as Miguel, Doja Cat, Taylor Swift, and Robbie Williams.

“Iris Gold has got it all,” declared Elle magazine. “The looks and the charm to take over the world.”

Now Iris has teamed up with Dave, and has retreated to a beloved island in The Bahamas he calls home, when he’s not home in L.A. or elsewhere. Dave and Irish have been busy at the famed Bay Street Records’ studio in The Bahamas to work on her new album.

“I first heard about Iris through Trackd,” he said, “the app that’s like a studio in your pocket. We messed about writing a song remotely and I liked her style so I asked to meet up in London. Once I met Iris I knew she was special, so I then asked if she wanted to sing a song in my show I was playing for Nile Rodgers’ Meltdown Festival and she joined me onstage at the Royal Festival Hall.

“I could tell in the rehearsal that she had a lot of unleashed power in her voice and on the night she really lit up the stage. It was then I thought about making a record with her. This was August 2019 and we kept in touch regularly through 2020, trying to work out how we would do this when Covid had taken hold everywhere and we were thousands of miles apart.

“A few months ago we hatched a plan to get in the same room here in the Caribbean and, through a very complicated journey, Iris eventually made it here and now we are in the middle of making a great album.”

“I’m interested in making music from different genres” he said on behalf of Bay Street Records, “as long as the artist is the real deal. Iris is definitely in that category; she lives and breathes music. The way she blends hip-hop and psychedelia is one-of-a-kind.”

Gold’s relationship with Stewart is just another win for the young artist, who has continually impressed the music industry with her revelatory approach to genre-blending. “I’m fascinated by all kinds of music, and Dave understands that vision like nobody else,” she explains. “Working with Dave is like working with the grand wizard of planet cool…we write the songs on guitar but he has all the other instruments playing in his head already. It’s quite thrilling.”

Few have harnessed and championed the unique vision of creative rebels and pioneers quite like Dave, who has written songs with Tom Petty, Bob Dylan, Stevie Nicks, Mick Jagger and, of course, his partner in the Eurythmics, Annie Lennox. He’s also brought great artists from obscurity to the world stage, like Louisiana blues phenomenon Thomas Lindsey, with whom he’s made two incendiary albums. / It’s the reason Gold jumped at the opportunity to work with him. That, and the ample Caribbean sunshine, have made it the  ideal  time for this new collaboration. . 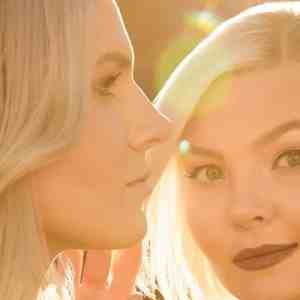 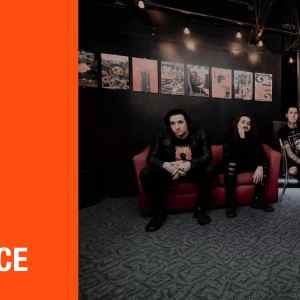