In rare circumstances, fate brings artists together to collaborate on a side-project that, to their surprise, ultimately overcomes their previous independent endeavors. This is, perhaps, the case for the Chattanooga-native, budding indie-pop duo, naavi. Blending the production and musical expertise of Ivan Garcia with up-and-coming singer-songwriter Ben Strawn’s lyrical sincerity, the collaborative effort is a prime example of a newborn band putting their best foot forward. Their first ever single, “something to tell,” is a moody, sonic masterpiece – invigorating from beginning to end.

“Being that this is our first song, it really just started out as an experiment,” lead singer, Ben Strawn, told American Songwriter. “Ivan messaged me a 45-second, unfinished clip at the beginning of March, and asked me if I wanted to write some lyrics and sing on it. We bounced melody ideas back and forth with each other and then met together in the studio to hammer it out.”

Along the same vein as fellow “synth-pop” acts like MGMT and M83, naavi’s single hinges on recurrent catchy synth melodies and irresistible vocals. The execution is flawless.

“Writing ‘something to tell’ was so freeing for me because I didn’t overthink it,” Strawn explains. “With my solo project, there’s always a lot of pressure that I put on myself in regard to composition of a song and also on what I write about. With naavi, it’s different.”

Garcia, the brilliance behind tracking and producing the majority of the band’s instrumentation, lays the framework for Strawn’s conversational lyricism with his stunning composition. Though the genesis of their project appears nonchalant, it is clear their experimenting has paid off – something for which their listeners will be eternally grateful.

“For all of this time, you’ve been on my mind / And I haven’t had the guts to let you know / So I’ll pick up the phone / I hope you’re alone / Come on over / I’ve got something to tell you”

“I want people to feel like this song drives them to be honest with whoever they need to,” Strawn shares. Coming in at just under three minutes – what the song lacks in length, it certainly makes up for in depth. “something to tell” is an aching love letter set to a 1980’s pulse, begging to be played on repeat.

“’something to tell’ is essentially about knowing that you belong with someone, not wanting to let your guard down to be with that person, but then coming to the realization that you’re being dumb, and you need to just tell them how you feel.” With another single, and hopefully a debut record on the way in 2020, listeners have plenty to look forward to from naavi.

For now, American Songwriter is proud to exclusively premiere their introductory single, “something to tell,” below.

naavi · something to tell 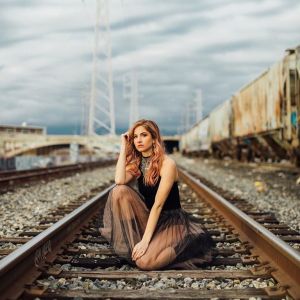 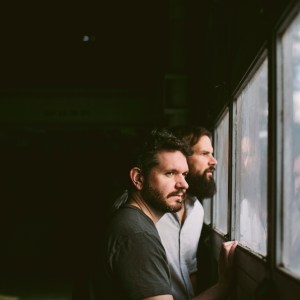