Bay Area singer-songwriter, Drea Jeann, functions best with a regimen. It’s been this way since she was young. Jeann, who first started singing at three-years-old – jumping on stage during a cruise ship talent show – craves structure. As a young person, she signed up for programs at school and in church. She performed musical theater. But it wasn’t until she joined an a cappella group in high school that her ambition really took hold. It was then she knew she wanted to dedicate herself to music.

Today, after some tumultuous personal ups and downs, Jeann is poised to set new, reinvigorated sights on her creative goals, the most recent of which includes the release of her autobiographical track, “Dying to Stay Alive.”

“The more things I’m involved with, the more things I’m held responsible to, the more productive I am, the happier I am,” Jeann says. “But when I’m not involved with things – like right now, COVID is really taking a toll on me – if I have too much free time or I’m not contributing to things that are helping me better myself in the world, I can get pretty depressed.”

Throughout her burgeoning career, this dynamic balance has been at the center of Jeann’s spirit. The musician, who turned down an opportunity to attend the prestigious Berklee School of music in order to get a better-rounded academic degree at Pepperdine University, is both a talented thinker and performer. But, at times, she’s also been her worst enemy when it comes to self-care. Jeann, who recently spent a stint in rehab recovering from substance abuse, opened her eyes one day and realized she needed help.

“I had a very intense experience with addiction,” she says. “It wasn’t until I moved to L.A. and I ‘tried to become an artist’ – I’m a person who needs to be engaged in a lot of things, I need to have a lot going on. But at that time I had nothing going on and the more unhappy I got with what I was doing, the more I wanted to use.”

Jeann, who graduated in 2018 with a degree in International Management and Philosophy, realized she was prioritizing the wrong things ahead of her career, friends and family. The words “throwing my life away” passed through her mind. So, with the help of a boyfriend at the time, she drove home to San Jose and had an important talk with her father.

“He knew for a while I was struggling,” Jeann says. “But there’s nothing you can do until the person wants help. He was waiting for me to come home.”

When describing her life, Jeann is forthcoming. It’s in her nature to be clear about her experiences because, as she says, “that’s who I am.” Jeann says that when she entered rehab, everything else in her life was forced to go on hold. At the time, she was working with a producer, right in the middle of tracking. But she said she had to step away.

“It was very scary,” she says. “But I was really proud of myself for coming clean about it. I needed to put everything on pause.”

Today, health is paramount for Jeann. She hikes regularly, does yoga often and drinks “green juice.” Prioritizing the healthy aspects of her life keeps her from doing the opposite, she says. Jeann has also been reading self-help books, appreciating their philosophical and empathetic nature. An often self-aware person (perhaps sometimes overly so), Jeann appreciates self-investigation. So much so that she’s comfortable offering it in-process in public, as she does with “Dying to Stay Alive,” which Jeann wrote directly after leaving rehab.

“It’s good for me to put all of this out there,” she says. “That’s the basis of who I am. Going through my addiction seriously built a lot of who I am today. I would feel dishonest if I wasn’t transparent as an artist. My values are to be down to earth and open about things I’ve gone through. I’ve been there to.”

While “Dying to Stay Alive” is about the struggle with substance abuse and the toll it can take on someone’s mind and body, Jeann says she doesn’t feel that same sense of disorientation she felt when she wrote it. She is not “lost” like she once was. Back then, one wrong step along a certain path easily led to the next and then the next. Today, however, Jeann knows that those past routes are dead ends. Now, the way forward is alight with song.

“Music speaks to your soul in a completely different way than anything else,” Jeann says. “It goes above and beyond words, adding chords and harmonies. You get a physical feeling – I don’t know. There’s nothing else like it.” 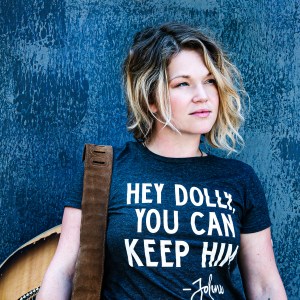 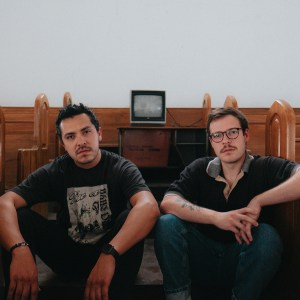