Since handing his demo to Thurston Moore on a New York City subway, John Wolfington has put out two records. His third, The Magic Album, will be released on October 29.

Wolfington has been acclaimed by, among others, Sonic Youth and Two Dollar Guitar. “Grace” from his second album, American Dreamsicle, was featured on Rare Book Room’s 2008 indie compilation Living Bridge.

The Magic Album, which is a collection of intimate, atmospheric, and sometimes otherworldly tracks, was recorded over ten days last summer in New York City. Wolfington wrote, recorded, and produced most of the album himself, but it also features production by Jason Lader (Elvis Costello, Julian Casablancas) and Nicolas Verhnes (Deerhunter).

The record’s single, “Planetarium,” started as a cheap demo made in a bungalow off Sunset. Wolfington tells American Songwriter, “I was trying to work with a chord progression I had had lying around for a while. I was inspired to imagine how you might feel traveling high above the earth and looking back. What was interesting to me was whether or not you might really come back different. I hope so. Hence the lyric, ‘We are one, I saw the back of the sun.’”

“Planetarium” is available on iTunes. 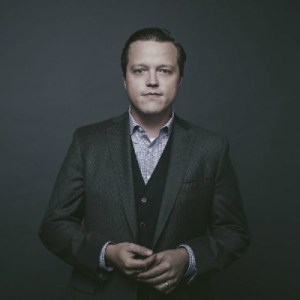