The Songs of Love Foundation began with one intention: to offer relief for sick children and those involved in their lives. The non-profit organization gives children and adolescents — from ages one to 21 — the opportunity to turn away from their ailments and immerse themselves in the healing power of music.

Songs of Love derived from a chance epiphany. While walking through Forest Hills in Queens, President and Founder John Beltzer decided to pursue his songwriting career for charity rather than profit.

“Three months after my record deal fell through I was walking down the street in my neighborhood and I had this epiphany to create an organization that would help sick children by giving them their very own, fully produced, personalized song,” Beltzer explains, “I called it ‘Songs of Love’ after a song my brother, Julio, wrote before he died on April 12, 1984.”

Songs of Love’s songs are created by information gathered from a profile sheet which asks the patient’s guardian to detail their child’s interests and the names of friends, pets, and family; the profile sheet requests the child’s  favorite genre be listed so that the Songs of Love team can choose a songwriter whose style that suits the child’s music interests. The team then assigns the profile to a songwriter who, in three weeks, must write the lyrics and record the song.

Sickness and trauma are left out of the songwriting process, as the lyricists’ goal remains to remind the patient that their illness does not define them. As a result, the children are left in awe of who they are when the pain and stress induced by their ailments fall away while their personalized song plays.

Instead of viewing the failed record deal as a personal defeat, Beltzer transformed his loss into nationwide, communal success. He branded his innovative company as “the medicine of music,” due to the healing qualities of each patient’s song; as he explains it, the music reminds them of the healthiest version of themselves.

Though the fast-paced songwriting process might seem rushed, the songwriters’ quality does not decrease with quick production time. Dave Kinnoin, who writes children’s music for the likes of Disney, Henson and Sesame Workshop, began working for Songs of Love in 1999. Kinnoin says he and his two sons write for Songs of Love “whether we are getting paid a lot of money, or not a lot, or none, [and] always do the same job. We give it the same attention because it’s for that kid and the kid deserves our best. We don’t want to put our name on something sub-par. It’s not ethical.”

According to Beltzer, songwriters for Songs of Love are all professionals, “whether they have a full-fledged garage studio or record in a professional setting, the songwriters must be of professional quality.” Beltzer expects songwriters to produce both music and lyrics of quality within the three-week window they’re allowed. Artists eagerly accept the task.

Songs of Love also receives generous support from other non-profits and from corporations. In 2017, Clifton, NJ’s Leon and Toby Cooperman Family Foundation signed an agreement that says every dollar Songs of Love receive will be matched up to $250,000 each year for 4 years. Beltzer says they reached their annual record two years in a row when they produced 3,000 songs in 2008 and 2009.

With the help of the Cooperman family, Songs of Love aims to reach 3,000 songs again this year; with 32,000 songs already written, this goal seems plausible. The million-dollar grant also gave Songs of Love the opportunity to support songwriters with a 50-dollar stipend per song. Although stipends surely help writers, those of professional-grade, like Kinnoin, do not participate to earn the 50 dollars.

“If you’re a stipend writer or not, everybody wins! It’s a love explosion!” says Kinnoin. This exclamation alone explains why songwriters keep producing for Songs of Love, whether or not they receive the stipend. To create a Song of Love means to write lyrics that connect with an individual child on a deeply emotional level.

Within Beltzer’s company lies a new purpose for songwriting, and each song created for a sick child stimulates the songwriting community one tune at a time. Beltzer encourages songwriters looking for inspiration to “re-direct their artistic expression to make it about the person that they’re writing it for. It doesn’t really lessen the craft of songwriting, in fact, it enhances it by giving songwriters this outlet, really, to create art, to create art that matters.”

After sending his first six Songs of Love to their recipients, Beltzer received a call from a little girl named Brittney Smith. “Her mom called me, it really never happens that way, and said, ‘I want you to say hello to someone,’ and [Brittney] says in the cutest little voice, ‘Thank you for my song.’ And that was the validation I needed… Here I have this little girl calling me and thanking me for a song. How could I go back after that?” Beltzer sounds as if he’s still reeling from the experience over the phone. To have a five-year-old cancer patient call you and thank you for their song, he says, is the “most meaningful use for [his] talents.”

Songs of Love remains a viable opportunity for songwriters to dust off their keyboards and return to their studios. In an age of digitized music, many musicians are fed up with the music industry, so Beltzer is working to change the currency of the music business. A songwriter himself, Beltzer understands the time and talent necessary to construct a well-written song. Yet, he also understands that songs are not just of financial value — the genuine connection and healing that Songs of Love create are not qualities that can be translated monetarily.

“We are trying to find many more singer-songwriters to experience this,” Beltzer says. “When you get that first letter back, highlighting how that song helped that particular child, it’s such a profound, gratifying feeling knowing that your music had that effect. And I would strongly urge and encourage every songwriter on the face of this planet to experience what it’s like to use your talent in this way.”

Listen to a Song of Love written by Dave Kinnoin for patient Jake Visconti below. 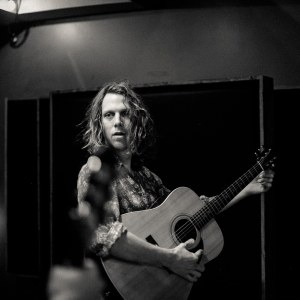 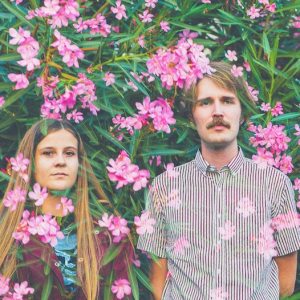