There’s a dream I keep having where my mama comes to me
And kneels down over by the window, and says a prayer for me
from “Southern Accents” by Tom Petty

Mother, you had me, but I never had you
from “Mother” by John Lennon

I’d walk a million miles for one of your smiles, my Mammy!
from “My Mammy” by Donaldson & Young

From Al Jolson through The Eels, songs about mothers have flourished. Whether direct and specific, symbolic, mysterious, universal, sad, funny or mysterious, the subject of mothers is one that recurs through the annals of popular music in so many ways. Many songwriters write about their own mothers, while others write of the symbolic mother. Most – whether intentionally or not – do both.

Songwriters have been writing about mothers and motherhood through the generation, and in so many different ways. Some are direct and specific, such as Lennon’s “Mother,” while McCartney, in “Let It Be,” is indirect and ambiguous, singing to “Mother Mary” in a holy way, evoking the Virgin Mary and his own mother Mary.

Tom Petty does both in his songs, using his real mother as a symbol of hope and endurance, in “Southern Accents” and “Something Good.”

And I’m thinking ’bout mama, and about the kids
And the way we lived and the things we did
How she never had a chance, never caught a break
And how we pay for our big mistakes

from “Something Good Coming” by Tom Petty

Merle Haggard also brings his real mother into a song as a symbol of real love in “Mama Tried,” A true song about how his mom tried to keep him out of trouble – and jail – and failed.
Dylan, too, does both and more – singing of mothers directly and poetically – from “Mama, You’ve Been On My Mind” through “It’s Alright Ma (“I’m Only Bleeding)” and most recently, the mother of all creation and art, “Mother of Muses.”

Paul Simon sings of motherhood in a few songs, most mysteriously in “Mother and Child Reunion,” and with dark humor in  “That’s Why God Made The  Movies.”

Rihanna’s great hit “Umbrella,” although seeimngly directed to a lover or a friend, was written for a mom. Terius “Dream” Nash told us he wrote the lyrics in the aftermath of his mother’s death, and his realization that no earthly things could reach her anymore, as in the lyric: “Cause in the dark/you can’t see shiny cars.”

Mother Mary I grow weary, I did not mean to let you go
So quick

from Eels, “Mother Mary”
By E

And from our friend Peter Case, and his beautiful “The Long Good Time,” which opens on a memory of his mother ironing while listening to Nat King Cole. In the second verse, he’s playing rock and roll with his band down in the basement, and his mom comes down to say, “Mother called down from the top of the stairs, “Play that nice song about suicide.”

Peter told us that his mother really did come down to say that, and the song she was referring to was “Yer Blues” by John Lennon and The Beatles.

The funniest, saddest and strangest is from Tom Waits, who delivers a story about the meaning of motherhood which is specific and universal and beautifully Waitsian, “Missing My Son.”

Wishing one and all a happy, healthy and musical Mother’s Day from the whole gang here at American Songwriter.

5a. The Beatles featuring George Harrison, “Mama, You’ve Been On My Mind” [1969, from the Get Back Sessions]

8. Paul Simon, “That’s Why God Made The Movies”

When I was born, my mother died
She said, “Bye-bye, baby, bye-bye”
I said, “Where you goin? I’m just born”
She said, “I’ll only be gone for a while”
My mother loved to leave in style
That’s why God made the movies

Well, I laid around in my swaddling clothes
Until the doctor came and turned out the lights
Then I packed my bag
And my name tag
I stole away into the night
Hoping things would work out right
That’s why God made the movies

When I was born, my mother died
She said, “Bye-bye, baby, bye-bye”
And since that day
I’ve made my way
The notorious boy of the wild
Adopted by the wolves when he was a child
That’s why God. That’s why God.
That’s why God made the movies

From “That’s Why God Made the Movies” by Paul Simon

Mother was doing her ironing while she listened to Nat King Cole
Teenagers came and went in cars all tuned to rock and roll
Windows would open in the summer heat
Locusts were singing out in the street
The feeling passed, now I can’t recall
How we never thought that we had it all

Everyone, every place, everything has been replaced
That’s the way it goes
First the laughter, then the light, now they’re all gone and locked up tight
Where the cold wind blows
But we’ll all meet again at the end of the long good time

Sweet little flowers called snow drops in the backyard with the fresh mint leaves
A cherry tree with a rope to climb and robin’s nest under the eaves
My band was playing in the basement driving folks out of their minds
Mother called down from the top of the stairs,
“Play that nice song about suicide”

from “The Long Good Time” by Peter Case

from “Let It Be” by Paul McCartney 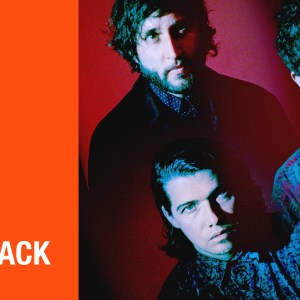 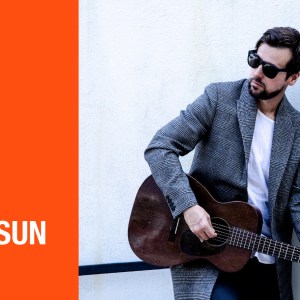