“All the stories about Phil Spector,” said the late Jerry Leiber, “are distorted and wrong.”

Leiber, who wrote the words that went with Mike Stoller’s music, usually, and rarely wrote a song without his partner, said this in response to my questions about the creation of “Spanish Harlem,” which he wrote with Phil Spector. All the research I did before interviewing Leiber & Stoller presented a different story. One in which Leiber was excited to write a song with Spector, which isn’t accurate at all.

Spector idolized Leiber & Stoller. They represented exactly what he yearned to become: they were successful as songwriter and producers both. A great song alone isn’t enough if the arrangement and production is weak. It is the very reason they started producing their own records: because nobody else could hear the song the way they did, so could not bring it to its fullest potential. They were among the very first to ever be designated as music `producers, ’ although it is not the word they wanted – they felt, as in movies, that director was the right word. But they didn’t win that one.

The song was first recorded by Ben E. King in 1960. It is credited to Leiber & Spector, and produced by Leiber & Stoller. Because Mike Stoller wrote a piano figure for the arrangement that has become part of almost every version of the song, Leiber said many times that Mike wrote some of the music, though is uncredited.

For Aretha’s rendition a mighty band was assembled: Dr. John is on keyboard, Chuck Rainey is on bass and Bernard Purdie on drums. Only the greatest players for the Queen of Soul.

Phil Spector also recorded his own version of it, and would often perform it live.

“[Spector] got the idea for the Wall of Sound from us,” said Leiber, “having five guitars. The difference is that we had each guitar playing a different part. He’d have them all play the same part.”

Spector based his Wall of Sound approach to production on the way Leiber & Stoller made records. This was back in the days prior to multi-track recording, so to make a record that sounded big, dimensional and dynamic was a challenge. Their solution was to do live sessions with big bands – very big – so that instead of one instrument playing a part, there were many. Bass parts were accentuated this way, and played on piano along with bass, and over it all they often used shimmering strings. Spector built his Wall of Sound in their image, then tinkered with it.

Here is the story of “Spanish Harlem” as related in a 2005 interview I conducted with Leiber & Stoller in their folk-art appointed office in the “Brill Building West” — 9000 Sunset  — where many other famous songwriters had their offices.

Lester Sill [their music publisher] sent Phil Spector to us. For safekeeping. Did a bad job. Lester called me up one day, and said, “Jer, I got a kid out here who’s really talented. And he’s nuts about you guys, he worships the ground you walk on.”

I said, “Well, be careful, watch out. That’s usually dangerous. Why do you hate me so much? I never did anything to you.”

He said, “He wants to come out and work for you guys.”

I said, “Lester, that’s like fattening frogs for snakes. Why should we take Phil Spector in and teach him everything we know so that he can go out and compete with us? Who the hell needs that? Let him go find out for himself.”

He said, “Jer, you owe me real big. Do me a favor. Take him on for six months or a year. You don’t have to sign him to five years or anything like that. And let him hang out with you, in the studio, and let him observe what you do.”

He said, “By the way, will you send me the fare for a one-way ticket?”

And I went to Mike and told him what had happened, and he said, “Do it.” So I did it. And [Spector] was with us for three or four or five or six months. And he wanted to come over and work on a song with us. I was somewhat annoyed because he was supposed to come over at 6:30 and he came over at 5:00. Mike was supposed to come over at 6:30 to work with us. He came over while my kids were having dinner. They were just finishing up. They went, and we were sitting there talking, smoking, having a drink. I got a call from Mike, and he said, “I’m terribly sorry, but I can’t make it.”

MIKE STOLLER: The problem was that we had been working on some other things, and some studio stuff, and I hadn’t had dinner with my kids in weeks. And my wife said to me, “When are you going to see your children?” I cancelled out because I wanted to have dinner with my kids. So I called Jerry after dinner –

LEIBER: After your dinner?

STOLLER: After my dinner.

STOLLER: Or maybe it was not only after dinner, but after bedtime stories and all of that. I called and they said, “We finished writing the song.” And I said, “Fine.”

LEIBER: Both versions could use some examining. But that’s of no consequence. As far as I was concerned, I waited and waited for Mike to come over, and he didn’t and then he finally called. And at that time I wrote “Spanish Harlem” with Phil.

What actually happened was that I had this collection of LPs that were related to Spanish themes. I had Segovia and I had Rhapsody Espanol. I had one by Ravel. And I had this idea, “There is a rose in Spanish Harlem, a red rose up in Spanish Harlem…”

I told them the sentences. And he started to play a melody that was like Jeff Barry rock and roll. [Sings the lyrics to a rock groove.] Sort of jazzy and wrong.

I said, “Let me play you some stuff that is in the right bag.” And I played him two or three of those pieces. And he has a good ear, and he picked up something in there. I think he even picked up a three or four-bar lick in one of the pieces that were in the strings. And we wrote it together.

That’s completely different from stories I’ve read, which stated specifically that he came to you with some music, and you picked up on the Spanish flavor in his music, and were inspired to write this lyric.

Did you have that idea – about the rose in Spanish Harlem – before working with Spector?

LEIBER: Yeah. Absolutely. It was a quatrain in search of a melody.

Those are great opening lines. It’s visual, it sets the scene, like “Kansas City,” there’s a sense of place –

I’d say it is special.

LEIBER: “It’s growing in the street right up through the concrete” is a special line. But not those opening lines. They’re rather ordinary.

STOLLER: I agree with Paul.

There is a rose in Spanish Harlem
A red rose up in Spanish Harlem
It is the special one, it’s never seen the sun
It only comes out when the moon is on the run
And all the stars are gleaming
It’s growing in the street
Right up through the concrete
But soft and sweet and dreaming 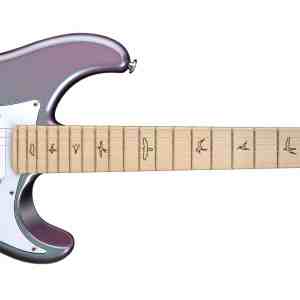 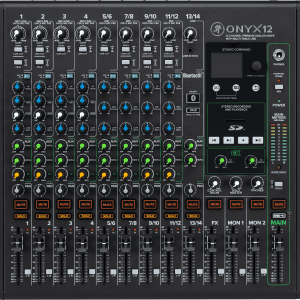