On the New Old School of Songwriting

When one uses the word ‘phenomenal’ to describe their collaboration, it isn’t hyperbolic, it is literal. Billie’s impact on the global culture of these modern times is a undeniable phenomenon, considering it was for work created with her brother in his bedroom when she was 17.

And as her co-writer, producer, confidante and lifelong champion, Finneas is also literally a phenomenon. In addition to those Grammys he was awarded which he and Billie shared, such as the Best Song Grammy for co-writing “Bad Guy,” he also picked up two that were for him alone: Best Producer and Best Engineer. It’s the first time in history that anyone has won both Best Song and Best Engineering both.

But perhaps even more phenomenal about him is that he has learned crucial lessons about songwriting and production that a lot of people never really learn. These are the lessons that are not obvious or instinctual, and fly against the conventional, modern wisdom that prevails.

He’s been celebrated, justifiably, as one of the greatest and most ingeniously innovative current producers in this digital age. Yet much of the greatness in their songwriting and his production is derived directly from lessons which can safely be called “old-school.”

Perhaps the most fundamental of these lessons is that he writes most of his songs – on his own and with Billie also – the traditional way. These days it’s customary for songwriters to create a musical track first, and write the song to the track. But Finneas usually writes the song first, ands lets it live in its purest form, voices and one instrument, for a long time before considering its production.

He’s quickly amassed substantial wisdom about both songwriting and production that a lot of people never learn. Perhaps it stems from their upbringing, home schooled by their artist parents there in a home of art. They both avoided impact of being indoctrinated with conventional thinking that public school delivers.

Whereas they were raised with art leading the way, and all kinds of art. Painting, photography, acting, music etc. The house was full of musical instruments, including several pianos, and also guitars, keyboards, drums, horns and more. Billie loved to sing and play uke. Finneas learned to play every intrument that was there, before mastering digital recording.

“Finneas,” said Billie, “is a true musical genius. He truly is.”

Their parents raised them with great songwriting. A lot of Beatles. Also Broadway musicals which Billie loved. All of which share sumptuous melodies, which shaped their musical souls and led to beautifully melodic songs. The first of these was “Ocean Eyes,” which launched the phenomenon. He wrote it and produced it. And he knew Billie would sing it angelically, which she does. It’s all purity, melody and heart. Plus diligence in capturing in recordings that precise spirit and spark that illuminates the song, but which can be elusive.

Finneas became an exceptional producer really quick, which is due to a lot of talent, ambition, and obsession unhindered in their home to dive as deeply into their art as possible. He developed a keen sense of measuring what matters most, and easily dismisses  ineffectual ideas about this art and craft, even if they are ones to which most almost everyone subscribes.

Even the wisdom of elders, including one of his songwriting heroes, is appreciated but not shared. He loved Leonard Cohen’s words that songwriting is like being married to a mystery. But he said to him it is no mystery, which reflects the happy embrace of his artistic upbringing. Unlike so many for whom songwriting is a refuge or an escape, to Finneas, it’s home. And it seems like a happy home.

The most fundamental of his lessons learned is why writing a song first, before making the record, makes sense. For many decades, songs were written on piano usually, or guitar with voice. But creating songs track-first is a method modern pop artists and producers embrace, as it’s effective in terms of creating a great record with a compelling groove.

Many great songs have been written this way. But it’s also the way lesser songs are written, ones dependent on the production but devoid of important elements, such as melody. Is there a hummable melody? Is there a chorus that takes you home? Could someone sit down at a piano and play the song?

Bruno Mars, in an interview about his hit album, 24K Magic, which was the big Grammy winner in 2018, spoke about writing the song “Too Good To Say Goodbye” with Babyface. Bruno was surprised and charmed by Babyface’s technique:

Calling it old school implies that it’s an outmoded technique, and one which belongs to the past. But as Bruno realized, by writing on one instrument the songwriter is dealing only with the essential ingredients. It’s allows more focus on the melody, and the crucial balance of melody, lyrics and the chords. It’s how most of the great, timeless melodies were written, from Gershwin to McCartney, and beyond.

Once a song is fully realized, then production comes in, and there are endless ways to make a record out of that song.

Finneas, who both engineered and produced Billie’s album When We All Fall Asleep, Where Do We Go? and won Grammys for each, is one of the hottest producers working, known to be a true innovator and brilliantly generous collaborator. His production of her album is ingenious and inspired; it’s entirely modern but also traditional. He creates dynamic soundscapes around the songs, sometimes quite sparse, just an outline of rhythm. But then comes in a richly dimensional choir of vocals, all sung by Billie, wrapped in his own wall of sound.

He figured out early on the wisest ways to make records, while honoring the song. Mostly he does it the old school way, to write the song first, and realize it so completely that it can be performed solo, and it is great.

He’s done it with his own songs, especially “Let’s Fall In Love,” in which he’s woven these voice and guitar sections into the record.

With Billie, they also did this many times, writing a song and performing it with voice and guitar only, such as “When The Party’s Over.”

“We wrote it,” Finneas said, “and we toured it, unreleased. We did a year of shows where we played that song before it came out. We sat down, I played the piano, and she sang every night. And it was great just like that, with just her voice, and the piano, and my harmony. “

So when it came time to make the record, did he simply record it in this setting? No.

As he explains, it isn’t that easy.

“To get it as a recording to be as interesting as it was live,” he said, “took all of this reimagining. We had to add layers of vocals and sub-bass, and we didn’t even come in with the piano until halfway through. It’s just because we knew the feeling that you got standing in an audience, and we had to make that feeling as exciting and profound as when you’re just sitting in your car listening.”

“It’s complicated,” he said. “More than I wish it was. It would be nice to just record the guitar and the vocal, and you’re done. But, no, you have to actually make it new.”

This is only true, he emphasized, if it’s a powerful, fully realized song.

“A song played solo is almost always more compelling than a produced record,” he said, “if the song is great. If the song is only good, the production usually is part of its success. But if a song is great, it’s at its very best when it is sung and played by one or two people. In my opinion.”

So he is coming to it as a songwriter entirely first, before bringing in the producer self. At which time the entire mission shifts.

“If you’re thinking of it as a producer,” he said, “and as an inventor and an innovator, it’s not as simple as leaving well enough alone. Though some producers who pretend it is, and say, `Don’t touch it. It’s perfect. It’s simple.’ Sure, in some ways, yes. But if you’re not innovating, then you’re not giving it as much credit as it’s due as a song. You owe it to the song to be sonically inventive and to be creative.’

“I write everything usually long before I’m recording it,” he said. “I sit at the piano and I write it. There’s a song that probably will be the name of my album, it’s the title track of the album, and it’s totally written. I could sit and play it for you, but there’s not a note of it recorded anywhere. Partially because I’m intimidated.”

He laughed, and then let us see the inner Finneas, which reflects the reality of being a songwriter and producer. It is way harder than one may think to get it right. As Ringo sang, it don’t come easy. Before one deals with the judgment of the world, first you have to win the approval of the hardest judge – yourself. And unless you lower your standards – which is not advised – this can be arduous work. Both Billie and Finneas spoke about the endless hours of time it took them to make her album. The sound and spirit of it didn’t emerge on its own; they both worked really hard together to get it to that level.

But Finneas said it doesn’t start at that level, or even near it sometimes.

“This happens all the time,” he said, “where a song is in its pure form absolute to me. There’s this bell curve of when I start producing it, and it gets so bad. Then by the time I finish it, it’s only as good as it was at the beginning, which is how I feel about “I Love You,” the Billie song.

It’s always a process of wondering, ‘Why is this so bad?’” 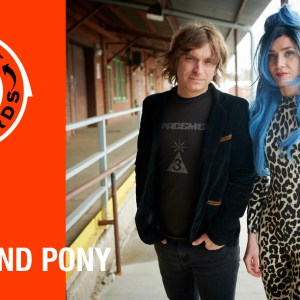 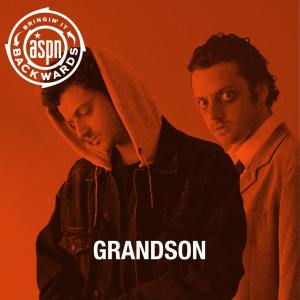