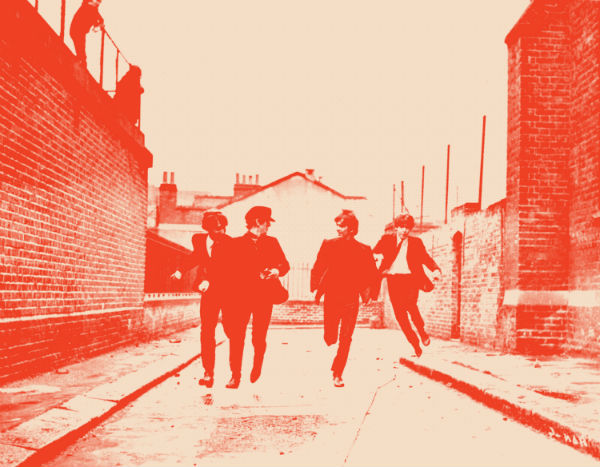 There’s a pattern hidden between the lines of The Beatles’ best songs. Use it yourself and it may become a source of melodic magic for you, like it did for them. Not your style? Not a problem – this is the pattern with a thousand faces.

First, let’s see if you can hear it. Take “Nowhere Man,” “She Loves You,” and “Across The Universe” (the guitar intro): Play them back in your head, on YouTube, or consult The Beatles (Hal Leonard, Paperback Songs – our only required textbook). Listen closely, and see if they don’t have something in common.

And the answer is – (drum roll, please) – rainbows! All these tunes begin with a rainbow arc: a rising line, scale step, or leap, followed by a balancing downward march. The arc often covers two measures, with equal time given to ascent and descent (see “Nowhere Man”) but variations abound, some quite subtle, which may be why the pattern has apparently gone unnoticed for so long (a Google search revealed nothing).

The Lennon/McCartney rainbow first jumped out at me while scouting for intervals in hit songs. At first, I thought it had to be a fluke – I would be lucky to find five more songs that fit the pattern. But by the time I was halfway through The Beatles, I was sure I was onto something.

Final tally: The pattern shows up in roughly sixty percent of one-hundred-plus songs, including many of their greatest hits. A significant number of the remaining songs employ variations, such as stretching it (“For No One,” with an eight-measure arc), flipping it (“Ob-La-Di, Ob-La-Da,” “Please Please Me”), or splitting the rainbow into segments, as in “I’ll Follow The Sun” (splits the ascent) and “Blackbird” (splits the descent).

Did Lennon and McCartney have a blueprint? Not likely, but they do have an unreleased song from 1969 called “Watching Rainbows” that uses a rainbow arc (see YouTube). Freudian slip? Who can say, but one thing’s for sure: you, too, can make rainbows.

Look at the partial list of songs below and compare the rising side of the rainbow to the descending side. Energy often comes from the contrast: a quick rise (often a leap) versus a slow descent (in steps), or vice versa, a chord change, a small ascent versus a large descent, and more. Even if you can’t read a note, look at the score: I’ve pointed out the words that begin and end the pattern, and anyone can see the rainbow above it:

“Across The Universe” (guitar leaps high, then descends by step); “And Your Bird Can Sing” (instrumental flips the pattern, then the song follows it exactly: “Tell me … you want.”); “All My Loving” (flips it, “Close your eyes … kiss you”); “And I Love Her” (breaks the ascent into three segments, the descent is on “you’d love her too”); “Birthday” (instrumental riff).

For the rest of the list, see my blog at AmericanSongwriter.com.

Whoa – what’s that you say? Lots of people use rainbow arcs? Well, you’re right. I’ve found them everywhere from Fleetwood Mac to Giacomo Puccini, but that only strengthens the argument for learning how to use them. As to why the focus on The Beatles, let me tell you a story.

Late in August, while my head was reeling with thoughts of rainbow phrases, I happened to be in Las Vegas. What happens in Vegas stays in Vegas, they say, but I confess that while I was there I went to see LOVE, the Cirque du Soleil paean to The Beatles, and as song after song unfolded – many seeming almost new, thanks to brilliant arrangements by Beatles producer George Martin – I was struck by an irony of Shakespearean proportions: The whole massive event – from the cloud-capped towers of the Mirage theatre, to the flying acrobats, to the sold-out audience with hands full of thirty-dollar drinks and hearts full of love, not to mention the fifty years of nonstop, rapturous adoration called Beatlemania – all of it rested, at least in part, on such stuff as dreams are made on: a few wisps of imagination and a few rainbow arcs of song.

But no ordinary rainbows, and there’s the rub. For that, I thank the lads from Liverpool with all my heart and a tear in my eye.

Next column: First and last notes. Meantime, you might like to check out “Interval Color In Hit Songs” and “Unchained Melody” at AmericanSongwriter.com. 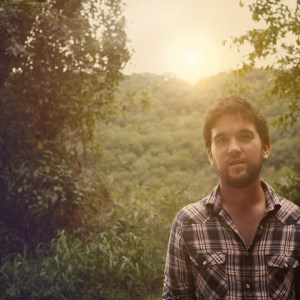 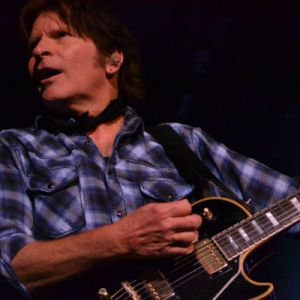