“I wrote ‘Don’t Blink’ during the first month of Covid when the world seemed to be blanketed in chaos and uncertainty,” Christopoulos tells American Songwriter of the track. “In hindsight, the lyrics address the helplessness that I, and so many others, were feeling; the sense that even though everyone was going through this, at the end of the day we were on our own.”

“By the time it happened / I had lost control,” the Chicago musician sings in an especially striking verse. “Strangers on the subway / Started throwing stones / They could tell my heart was made of glass / Times like these they never seem to last.”

“Don’t Blink” is Soul Honey Records’ first release of 2021, featuring contributions from Christopoulos’ friends and collaborators Sean Burke, Tommaso Veronesi, Allie Robson, Molly Rife, Bruno Silva, Emily Nash, and Colin Croom (of Twin Peaks). It’s the last in a series of eight singles that form a larger project called Soul Honey Singles Vol. 1. Christopoulous has been releasing the tracks for a few months now—“Summertime,” “Sugar Melting in the Rain,” and “Heard About Your Heresy,” arrived in August; “Your Mom Goes to College” arrived in September; “Pedro Fandango and The Endangered Spotted Owls” and “Motel 6” arrived in October; and “Get Ready For War” arrived in November.

“After isolating with my girlfriend, Kate, for over a month [at the start of the pandemic], she went home to the suburbs to see her family for a few days as one of my closest friends and constant collaborators, Sean Burke, came over to play some songs,” Christopolous says about the project’s origins. “We set up a studio in Kate’s kitchen and recorded the guitars, ukuleles, bass, synthesizers and vocals that evening and ended up eating mushrooms and walking around the city until the sun came up. It was very cathartic and was a totally unique experience because everything was shut down and the typically buzzing streets were completely silent.”

“Stay tuned for a physical release of all eight songs later this year,” adds Christopoulous, also the head engineer at Chicago’s Sound Vault Studios. He initially formed Soul Honey Records after his previous band, Bullfights on Acid, dissolved a few yeas ago. “I was looking for an outlet to record and release the new songs that I was writing without the limitations that come from working within a band framework,” he says. “Over thirty Chicago musicians have performed on our debut EP The Soul Honey Family Barbeque, and Soul Honey Singles Vol. 1.” 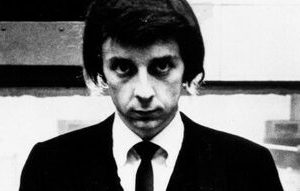 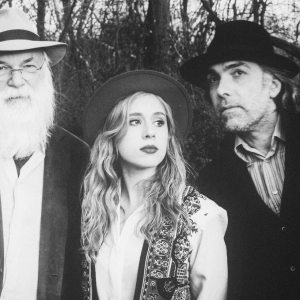