Australian indie-rockers Spacey Jane have already shared a few singles—”Lots of Nothing,” “Lunchtime,” and “Sitting Up”—off their forthcoming sophomore album Here Comes Everybody, and today the Perth-based band returns with another single called “It’s Been A Long Day,” which finds the quartet mining heartache for rousing melodies as frontman Caleb Harper revisits an emotional breakup.

It’s been a long day and I don’t feel like talking / I feel like crying and eating something, Harper sings at the top of the track. Oh, what will I do tomorrow / a little unhappy and severely underpaid / staring at stop signs waiting for them to say go / or turn green and wave her on.

“This song was written pre- and post-breakup in 2020,” the singer and guitarist shares with American Songwriter. “It was a way to tell someone that I loved them when I was feeling so anxious and down during COVID that I didn’t know if I was doing enough to really tell them… ‘I’ve Got Something to Say’ was [me] trying to say all the things I felt for her at once,” he continues. “In the end, after the breakup, the final lines of the song are ‘I really loved you.'”

The song also comes with a visual (premiering below) that stars Harper’s real-life partner, actress Sarah Pidgeon, as his increasingly shut-out love interest. “I wanted the video for ‘It’s Been a Long Day’ to capture the sadness and desperation of the song’s themes,” says Harper. “The song was written in part before and after a breakup and we tried to recreate that arc in the video. We found an old apartment in Los Feliz, Los Angeles, that was both beautiful and grimy and allowed us to capture really different moods and scenes.”

Most of the video—directed by Serena Reynolds, shot by Ryan Emanuel, and edited by Dillon Petrillo —depicts silly, serene moments that came before the breakup. But those sequences are paired with more somber scenes of Harper preparing to move out.

“We wanted to tell the story of a break up through the lens of a home being pulled apart, packing clothes into boxes next to a mattress on the floor, an empty kitchen and bathroom,” Harper explains. “I play a character who is sort of despondent and reckless, and Sarah, while also despondent, is trying to understand what’s going on in my head and still hanging on. We cut in moments of happiness and golden light with the heartbreak of the rest of the video. They are strange and surreal and don’t really portray a normal relationship existing even before it all fell apart.”

Spacey Jane’s sophomore album follows their breakout debut, Sunlight in 2020. The title Here Comes Everybody is a reference to Wilco’s 2001 album Yankee Hotel Foxtrot, which had a working title of the same name. Harper reached out to Wilco’s Jeff Tweedy for approval. “I just explained [to him] how the album’s really important to me …and how I felt [Here Comes Everybody] tied into what I wanted to talk about on the record and [asked] for his blessing,” he told Triple J in February.

Harper and his bandmates—drummer Kieran Lama, guitarist Ashton Hardman-Le Cornu, and bassist Peppa Lane—are currently bopping around the UK and Europe, but they’ll headline a US tour in the fall. Until then, you can watch the video for “It’s Been A Long Day” below and save the song HERE. 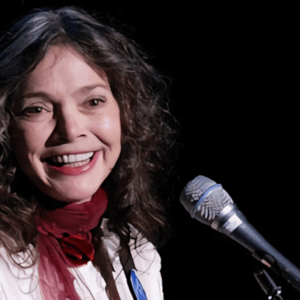 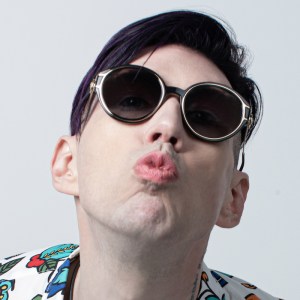