That ‘90s sales slogan “Go Big or Go Home” may have been Josh Ramsay’s covert mantra around his debut album. A multi-instrumentalist, engineer, actor, frontman of Marianas Trench, singer, and songwriter—there has always been an element of surprise at what Ramsay may do next. As a songwriter, Ramsay has worked with multiple artists, even co-writing Carly Rae Jepsen’s 2012 hit “Call Me Maybe” and five albums as frontman of Marianas Trench. Embracing various instrumentation, with a collection of genres, co-writers, and featured guests, the Canadian artist has fashioned one of his biggest theatrical pieces to date with The Josh Ramsay Show.

Staged around orchestrated jazz, rock, country, pop and several instrumentals, the 18 songs of The Josh Ramsay Show is a dramatic oeuvre. All spliced between three cinematic instrumentals—“Army of One,” Ballad of Cheeky Valentine,” and the eerier “The Deep Woods”—the Show sees Ramsay move from act to act, and different movies, from the opening rocker “Lady Mine,” featuring Nickelback’s Chad Kroeger and tapping into the country-driven “Best of Me” with Dallas Smith of the Canadian band Default on vocals. “Delirious” is a rapturous pop-rock love song, a duet with Fefe Dobson that could play out as the lovers reunite in one climactic scene. The Josh Ramsay Show takes unexpected twists with the harder “Painted Faces,” the orchestral “Spellbound” and the emotional close of “Miles and Miles,” featuring the artist’s sister Sara.

The Josh Ramsay Show is a culmination of everything that has come before the artist throughout his more than 20-year career.

American Songwriter chatted with Ramsay about why it took more than two decades to release his first solo album, writing a song for Bryan Adams, and how he checked off most of his musical bucket list with The Josh Ramsay Show.

American Songwriter: This album feels like a journey—a 20-year one. You wrote, recorded, engineered and produced, and played all the instruments yourself. When did you find the time between Marianas Trench and working with other artists?

Josh Ramsay: I always planned on doing a solo record, and I have the full support of the guys [Marianas Trench]. Basically, I always planned on doing an album where I played all the instruments myself—that was one bucket list thing for me. There’s a certain thing that happens when one person plays all the instruments, where the feel will just magically line up. It doesn’t matter what you’re playing, you’ll feel it the same. I always wanted to do that at some point, but I never got around to it. Working in Marianas Trench and producing other people on the side are two very full-time jobs. When the pandemic happened, and everything was in quarantine, all of a sudden I had the opportunity to do something since me and the guys couldn’t get together. The first question I had for myself: ‘you want to do a solo record, what does that look like?’ I wasn’t going to make another Marianas Trench record, so that led me to do as many genres as possible.

AS: The instrumental breaks are very poignant and really make the album play like a soundtrack. Why did you want to include all three on the album?

JR: Over the years, writing music and arranging stuff, I’ve slowly become more used to working in a cinematic type of landscape. I can trace it right back to our [Marianas Trench] first album [Fix Me, 2006]. I remember I had one song that had a little string quartet in the background, nothing fancy, but an explosion happened in my head. I can see from that first dream project to the second album, where there was more restraint, and then when we got to Ever After [2011], it was like full-on cinematic stuff. Then with Astoria [2015], I started bringing in the rest of the symphony with woodwinds and brass. Now, this has just become a part of me as a writer. I like to use those colors. How do they work on this album? I think they’re an act break. It breaks the mood and moves from one thing to another. On Astoria, there was a heavy song called “Dearly Departed,” and I needed to get from that song into a super upbeat song that sounded like The Jackson 5, so it was a very abrupt mood change. That was the first time I thought ‘if I write something cinematic to break up the tension here and break up the mood, it will take us from this sad place to where I can now go into a more joyful song.’ That’s when I realized that you could use these things to convey emotions, incrementally. You don’t always need singing or lyrics to convey an emotion.

AS: Sonically, all of these songs sound like they’re coming from completely different places, but there must be a throughline for you for these 18 songs.

JR: I really just wanted to create a big musical adventure. These days, people listen to music on shuffle all the time, so the album almost feels like a play with that shuffle. For me, there’s something constricting when you get pigeonholed into thinking ‘I just work in this one genre.’ I feel boxed in creatively, so by doing this, it was more ‘I’m not gonna give a fuck what genre and just focus on the most important thing, which is good songs.’ If you’re going to do 18 tracks, you can’t have filler. There’s no room for treading water. You have to make sure there’s never a dull moment. Musically, I know it’s such a scattershot. I just had to hold on to the fact that my voice sounds like my voice and hopefully that would be a throughline for everything.

AS: Chad Kroeger, Dallas Smith, Fionn, Fefe Dobson, Serena Ryder, Ria Mae, Tyler Shaw, and even your sister Sara are featured on the album. How did each factor into the bigger piece for you? Were you checking off more from my music bucket list?

JR: Absolutely. I was excited about the prospect of working with Chad because the song felt like a departure from Nickelback and a departure from Marianas Trench. I don’t think anyone would expect us to do that. The country song “Best of Me,” I wrote specifically for Dallas [Smith] and his voice since we talked about working together many times over the years. There’s a song called “Can’t Give It Up” (with Tyler Shaw), and that song is very sort of adult contemporary, along the lines of something that Adele might do. I was initially going to pitch that song to Bryan Adams. I thought hearing his voice in an Adele type of environment was an interesting place to explore, but Bryan was too busy working on his own record—fair enough. Funny story: I was mixing the record downstairs, and he was recording upstairs in the same studio. How Canadian can you get? (laughs) I really wanted to work with Tyler, and this is not what I would have written for Tyler, but I sent him the song and he sent me a finished vocal the next day, and the song took on a whole different life than it would have had been used the original way it was intended.

AS: Writing for multiple artists and Marianas Trench throughout your career, how was it different writing for yourself this time around?

JR: I’m a firm believer that there’s no right or wrong way to write songs. I think that’s always what’s interesting to me. When I do co-writes with other people I’m seeing how other people work, and I’ve discovered that no one does it the same way. As I become a more experienced songwriter and a more experienced musician, I think my progress has changed a little bit. When I was 16 or something, I would sit down on the piano and start playing something or sit down with a guitar playing gibberish and see what happened. Now, I’m much more at home and comfortable in my skin as a writer. When I write songs, I never pick up an instrument. I’m usually doing something completely unrelated, like shopping in a grocery store or something, and a melody will just pop into my head. Then over the next couple of days, I will work through various chord progressions that I think support the melody. I just do it all in my head. Then I go to the studio, and I start to record, and that’s when I usually write the lyrics.

One thing that I’ve learned over the years is to never force it. 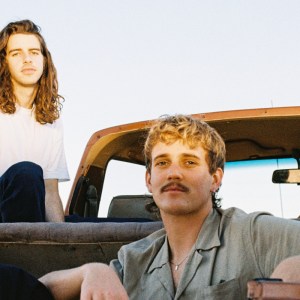 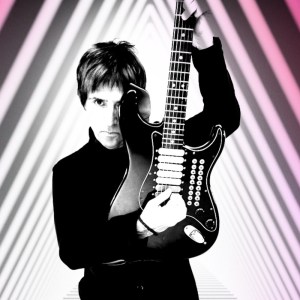