It took a pandemic to slow Steve Gunn down to the point of creating his sixth studio album, Other You. For the Pennslyvania-born guitarist, this project was a pivot in the apparent trajectory he has built with each album since his 2007 self-titled debut. Recorded with producer Rob Schnapf (Beck, Cass McCombs, Kurt Vile) at his Many Studios in Los Angeles and released August 27, via Matador Records, Other You is a real-time response to crippling uncertainty, and a nod to the freedom found in taking a step back from the ever-spinning tread of the music industry.

Following The Unseen In Between in 2019, Gunn began talks with his friend and longtime collaborator, Justin Tripp, pre-pandemic about another project. The two have been musical companions since their college days in Philadelphia, and then onto New York City. They had worked together on his previous albums, Time Off and Way Out Weather.

Gunn had a few songs written, and began sending the demos over to Tripp. As they started swapping ideas, getting the ball rolling, the creation process of Other You was underway. But when the pandemic swept in early 2020, his tour plans with Cass McCombs were washed away and any opportunity to get a session band together for a recording project seemed daunting.

“Everyone was scattered, and all of a sudden I was faced with these songs again,” he recalls. He was still in near-constant communication with Tripp, still working. At this point, though, Gunn felt a tugging feeling about the songs. He says, “I started realizing I wasn’t ready to start the record. I was almost trying to push it through some threshold to get it started. I thought if I could just get it started, it would all fall into place. So when lockdown started, and it was so difficult to get a band coordinated, I was confronting the songs and knew I needed to go deeper.”

And so he did. Gunn channeled the uncertainty and heartache of 2020 into a set of songs that were able to stand on their own. He brought the chaos of the world outside of his Brooklyn apartment in, distilling it through thoughtful, interpretative musical layers to try and make sense of the unfathomable.

“I realized how much work I needed to do, and I am grateful I had the time,” says Gunn. “It was an opportunity for me to kind of embrace this focus —not only for music, and these songs, but personally, as well. I had been in this veritable hamster wheel for a number of years. I didn’t know how to kind of get off the train, so to speak, and I embraced this break and it was great for me. It was great to just have a piano at home and have a classical guitar and a little studio set up and all the time in the world to focus on it and not be stressed, rushing stuff.”

To put all of the logistics aside and focus on himself allowed for a revelation. Gunn worked tirelessly throughout the intimate process, continuing to bounce ideas off of Tripp and embracing creativity as it came. The end result sounds, in some ways, like an effortless extension of his previous artistry. But there are places throughout the album where Gunn departs from his steadily escalating trajectory—allowing his creative mind to take over.

Tripp—who Gunn says, knows him better than any other musician—played a critical hand in both the congruency across these 11 tracks, as well as the pivotal sonic moments that challenge any pre-conceived notions of Gunn’s work.

“I wanted this to be a real representation of what I do, what I can do, and where this music can go,” says Gunn. “And Justin was so supportive in facilitating that. He knows my abilities to play improvisational stuff, and push the limits.”

During two trips to Los Angeles, where he was able to remove himself from his “element,” Gunn worked alongside Schnapf to create what he describes as a “fully realized body of work.”

Welcoming in a number of guest artists, Gunn was able to breathe new life into songs he had been sitting with for some time now. Julianna Barwick’s infused “Good Wind” with her blistering vocals, allowing his acoustic guitar talent to shine. Mary Lattimore’s harp work on “Sugar Kiss” expands into an ethereal soundscape throughout the nearly six-minute track. Parts of the project are rooted in the percussive talent of drummer Ryan Sawyer (Thurston Moore, Gang Gang Dance). But lighter moments, like “Morning River,” can be attributed to Ben Boye’s piano work.

As compared to previous songwriting processes, this time, Gunn was completely alone. Left to his own devices, the artist senses a shift in his storytelling. “A lot of these songs are messages, and perhaps sometimes I’m trying to relay these messages to myself, convince myself of certain things,” Gunn concludes.

“As I’ve taken a break from listening, if I check in with it, I can almost hear myself speaking to myself. And sometimes the meanings change. But to me, that’s the beauty of these songs—they’re not overly personal and yet their confessional, so the messages can be thrown out there in more of a visual way.”

Listen to American Songwriter’s review of Steve Gunn’s new LP, here. Listen to Other You, below. 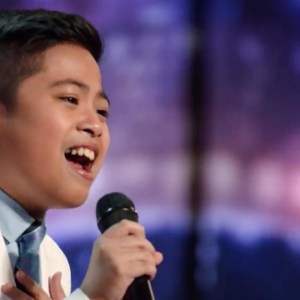