It happens in one steady stream. Once sitting at the piano, songs arrive to Stephan Moccio, a flood of emotions, stories, and some cinematic elements the Oscar-nominated composer and songwriter extracts on his recent release Lionheart and its closing epilogue of hope, “Fireflies.”

Locking himself in a room, Moccio wrote Lionheart during solitary sit-ins and sifting through 40 hours of music, which he eventually filtered down to 14 tracks. Transitioning back to his roots—the piano—and from the lyrical pieces he’s written for artists like Celine Dion, The Wknd, and Dua Lipa, Lionheart is an instrumental soundtrack set to scenes of places seen and unseen and more universal introspections that unravel Moccio’s own renaissance.

“I’ve gotten to the point in my life where I don’t really worry about other people’s opinions,” Moccio tells American Songwriter, “and it felt right to name the album for the sort of courage that we all want to feel.”

Playing off a YUS5 Yamaha piano with a piece of felt across the soundboard, Moccio imparts a delicacy of muted sounds. “I have always taken pride in my touch at the piano,” shares Moccio, “however, I hold space even longer now. I allow room for uncomfortable silence to bleed into my performance.”

“‘Fireflies’ was one of those pieces that came at the end—birthed out of thin air like most art,” says Moccio. “What we hear on the album is the actual process of me composing and recording it all in one take. I love when this happens.” On Moccio’s previous release Tales of Solace (2020), “Sea Change” came together in a similar way. “These ones are gifts, rare gifts,” says Moccio.

“It just bled from my fingers so fluidly,” he adds. “When I listened back, I knew immediately there was nothing I should change. It is nurturing and gentle, and I hope it holds us in a mesmerizing zone for three minutes and doesn’t let go. I hope we are left with the feeling that something is right in the world after experiencing this piece.”

For Moccio, whose credits also include hits written for Miley Cyrus, Avril Lavigne, Seal, Rita Wilson, Gladys Knight, Olivia Newton-John, James Blunt, and Jon Bellion, the overriding spirit of Lionheart is also one of renewal and rebirth. Speaking of his own musical rebirth, Moccio is now 15 years removed from his debut Exposure and in a different place in time.

“We are all experiencing a new world that continues to transform before us,” says Moccio. “We still don’t quite know how to live in with these new boundaries, rules, and yet, there are still some very introspective, dark, and pensive moments in Lionheart.

“It’s the artist’s responsibility to lead their audience into hell, then lead them back out.” Documentary director Ken Burns recently shared these words with Moccio that couldn’t ring more true with Lionheart leaving off on “Fireflies.” 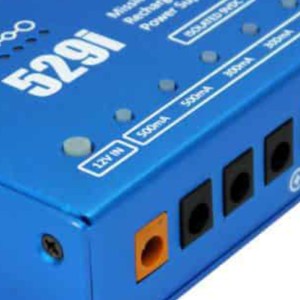