A model emerged in America that allowed Broadway songwriters, movie songwriters, and even the wretches of Tin Pan Alley, the Brill Building, Nashville, L.A., Detroit and elsewhere across this great land, to forge a living hammering together tunes and lyrics…

“You dummy, you are teaching a history course!

The writer of that statement was a self-critiquing journalism professor at Arizona State University. He was being quoted in a New York Times article and the theme of the piece might have been, “has the Internet turned the journalism business so upside down that universities might be teaching students a skill for which there is no profession?”

The same question might well be asked of professors who are teaching songwriting at universities around the country, and I find the question unpleasantly relevant to me, because I have joined the faculty at Cumberland University in Lebanon, Tennessee, and this fall I will be teaching about songwriting.

Any and all of you who read this column more than once a decade know that I never try to tell anybody how to write a song. I talk about the business, the heart, the inspiration, the art of survival, but not all that much about the nuts and bolts of the song-I talk about the profession of songwriting. Given the huge changes in the industry over the past few years, do I have anything to teach?

Well, yes, or I wouldn’t be teaching. In fact, what I have to teach is more important than ever because the changes are going to come so fast that nobody really knows what’s going to happen. Ten, twenty years ago any publisher could have taught you what you needed to know: “Ya write songs for the market. Play ‘em for me, if I like ‘em, I’ll pitch ‘em and get some songs cut and we’ll all make a lot of money!”

There’s still some of that going on, especially here in Nashville, but if this way of doing business isn’t dying, it certainly looks like it’s in shrink mode. Every year it seems harder to feed your song into the moneymaking machine, collecting mechanicals from the millions of records sold and those beautiful performance royalties from getting your song played on radio stations all over the country-or the world. For you, the rookie non-performing songwriter, the money machine has become a long, drawn-out process, writing songs with new artists or pitching to an unknown act without a record deal, watching them put out their own records, looking for evidence that the record exists on YouTube, CDBaby and any number of other internet exposure-sites, hoping against hope that somehow your song will surface among the thousands and thousands of songs making their way onto the world wide web every week, and dreaming that a miracle will happen that will lead you to the ever-shrinking mainstream before it disappears altogether.

Is this real, or is it pure desperation? I’m sure that the handful of non-performing songwriters who are still doing well on the old model would mostly scoff-or cringe-at the thought of depending on an independent artist to break their next big hit.

So what will I be teaching this fall? The darn industry is like a kaleidoscope. Turn it a bit and it reconfigures itself. It seems like it’s in such shambles that nobody has a clue what the next working model is gonna be, or even if there’s gonna be a next working model. Don’t get me wrong. As long as there is still a mainstream radio and record industry, I’ll still hope that I can beat the odds with a song I love, and find myself a half-million dollar payday. I am, after all-on good days-a professional songwriter.

So again, what am I going to teach? That’s simple. The subject is a moving target. I will be teaching that moving target, trying to digest all sorts of input and spit it out in a way that makes sense. We are in survival mode right now, living on the hope that out of this chaos will emerge order and we will once more understand how to make a living in the industry. All this has happened before. In the early 1700s, George Friedrich Handel made a living writing Italian opera for the English. Decades later, Mozart augmented his commissions from emperors and bishops by writing light opera. Decades after that Stephen Foster died penniless, either because he couldn’t handle his money or because the songwriting model in America during his time worked a lot better for publishers than it did for songwriters.

In the 20th century, a model emerged in America that allowed Broadway songwriters, movie songwriters, and even the wretches of Tin Pan Alley, the Brill Building, Nashville, L.A., Detroit and elsewhere across this great land, to forge a living hammering together tunes and lyrics for America to hum and whistle. This model did not emerge overnight. ASCAP began in 1914 and has battled successfully for its songwriters ever since. The Broadway musical evolved throughout the first half of the century. Radio and records grew in pulses for many decades; movies, TV and other technological advances brought more income streams to songwriters. For almost a century, the model for successful songwriters seem safe for the foreseeable future.

Today, that model looks more than a bit peaked-that’s “weary” in country lingo. The record industry, which for many years was an essential part of this model, is fighting for its life. Just as the Internet has made people feel that they no longer have to pay for the news, the Internet has made people feel entitled to get their music for free. The star-making part of the industry has gone through a huge contraction, and that has been a catastrophe. Much of the music industry is frightened for its future.

But tomorrow always begins with a sunrise. People still love to listen to music. They still love to watch it being performed on TV. They still like to hear a new tune and sing a line or two as they go about their daily chores. Some things don’t change.

I’m going to teach my students that, if they prepare for the long haul and keep their eye out for all the changes, they’ll be present and accounted for when the new models coalesce into a real industry revival. I’m saying that to you, our readers, and heaven knows I’m saying it to myself. 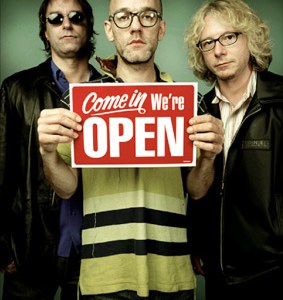