We all have a pile of songs that we’ve written over the years. Some are forgettable. Some are truly memorable and then some become indelible treasures, songs with a place in the American songbook, songs that decades after creation are still playing on the air, or on the internet somewhere in the world 24 hours a day. If you have just one song like this, it can change your life forever.

Let me tell you about Ronnie Wilkins. Ronnie was raised in a small town in North Carolina, with an intense desire to write hit songs but also a longing to live a laid back and low-key lifestyle. He achieved the first part in Nashville, and just a few years later moved to California, where he still resides, living as he wants to live, and not really missing the music business.

Back in the ‘60s, he and his co-writer John Hurley were living in Nashville and writing for Music Row’s hottest publisher, Tree International. At the time the pop world was still able to listen to Nashville songs without stereotyping them in advance. Consequently, Wilkins and Hurley had a succession of pop hits, capped by the timeless classic, “Son Of A Preacher Man.”

As a teenager in the early ‘60s, Wilkins came to Nashville with a tape in hand and started writing with a talented singer-songwriter named John Hurley. By 1967 they had had enough songwriting success to make them a highly respected writing duo in the pop world. Trade magazines were running articles praising the soulful creativity of this rising hit-making team, and their publisher Tree thought of them in the same breath as Roger Miller, Curly Putman and Bill Anderson, to mention just a few talents whose songs graced the growing Tree catalog. Lightning struck when these two kids met Atlantic Records executive Jerry Wexler in Muscle Shoals, Alabama, a fascinating place that was becoming one of the hottest pop and soul recording centers in the nation. “I was playing organ on an Aretha Franklin session,” Ronnie remembers. “We were in the control room when [Wexler] asked me and John, ‘Why don’t you guys write a song for Aretha?’”

Producers often say stuff like that to hot writers, more as a courtesy than a real request. But Wexler was serious, and Hurley and Wilkins knew it.

“A few days went by and John and I were in our writing room and were trying to come up with something,” Ronnie recalls. “We were thinking of Aretha, and her father was a preacher and both of my grandfathers were preachers. I said, ‘She’s the daughter of a preacher man and you might say I’m the son of a preacher man,’ and that’s how we came up with the title. It took us half an hour, maybe 45 minutes, to write the song.”

Wexler loved the song. Two or three weeks later, he cut it with Aretha, and at the time he thought it didn’t fit the album they were doing. It was too gospel-sounding for her, but he was planning to record Dusty Springfield in Memphis. In early 1968, Springfield recorded “Son Of A Preacher Man” and toward the end of the year it was released on the LP Dusty in Memphis, and it became the song that defined Wilkins’ songwriting career. It was a Top 10 pop hit in the United States and Number 1 in England and all over Europe.

Dozens of Hurley-Wilkins songs were recorded by artists like Waylon Jennings, Elton John, The Everly Brothers, John Denver, Wayne Newton, Natalie Merchant, Foo Fighters, Tanya Tucker and hundreds of other artists from all over the world.

Their songs were making Hurley and Wilkins a lot of money. They moved from Nashville to California to work on a pop album Hurley was doing for RCA, and then over time Wilkins began to drift away from his songwriting career. But his songs continued to take care of him. In fact, some of the songs – especially “Son Of A Preacher Man” and the anthemic “Love Of The Common People” – were so timeless that as the years passed their earnings from airplay and sales continued to increase.

Send a classic out into the world and you can never tell what adventures will ensue. “Son Of A Preacher Man” was featured in the Quentin Tarantino classic Pulp Fiction. That earned Wilkins a substantial one-time sync fee, but the movie also went on to become a worldwide best-selling DVD, and spawned a top-selling classic soundtrack. “‘Preacher Man’ is the premier song in the movie, and that brought the song back stronger than ever,” says Ronnie. Worldwide, the soundtrack sold millions of copies. The south coast of California may be an expensive place to live but thanks to his magical song catalog, Ronnie was up for it. The song muse had almost disappeared from Ronnie’s life, but life was good for a man who saw the Southern California lifestyle as a rare privilege.

Then, in the late ‘90s, a popular rap group, Cypress Hill, sampled “Son Of A Preacher Man,” and wrote a song called “Hits From The Bong” around that sample. “I was getting my royalty statements from Sony and BMI,” recalls Ronnie. “They had page after page of [royalties from] ‘Hits From The Bong’ and I didn’t even know what that was. So I called Sony and they explained about sampling. Next thing I know it was Number 1 on the hip-hop charts, Number 1 on the rap charts. The album sold over five million copies just in the States, and I don’t know how many overseas. I read an article that said ‘Hits From The Bong’ was the standard song for college students and preppy teens.”

Ronnie may not greet every dawn with a new songwriting inspiration, but when we sat down to write this past August, I learned quickly that he’s still got the chops to pull off a hit song. He may never write another great classic, but then again he might, because he still has those days when something inside of him pushes him to his piano, and demands that he start that ineffable process of blending melody, lyric, rhythm and phrasing into song. His fingers find the keys, his mind hits on a phrase, and the process begins anew. 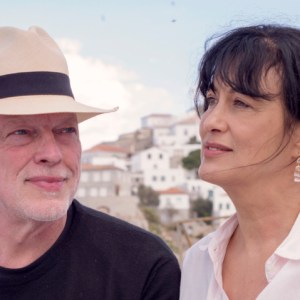 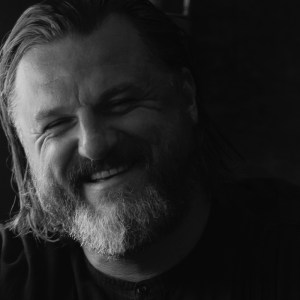