Fifty to 75 years ago, mainstream American songwriting was an excruciatingly precise profession. The pop music industry was dominated by songs from Broadway musical comedies. Now just imagine what that meant!

It cost a fortune even back then to mount a musical comedy on Broadway. The composer and lyricist had to deal with a host of associates, including the “book writer” (librettist), producer, director, choreographer, arranger, the cast, maybe the investors-you get the picture. Long before the show actually played in front of people, the songwriters reworked songs, added songs and subtracted songs, often according to the needs of their co-workers. Then the show would open “out of town” in places like New Haven or Boston, and the writers were now at the mercy of new players, such as local newspaper critics and local audiences.

So in those days, a body of show songs involved months of intense planning, writing and rewriting. Oh, I need to add that the composer and lyricist could be each other’s toughest critics.

Anyway, most shows were not hits. They never made it through the out-of-town tryout. Or they closed quickly on Broadway because the critics and/or the audiences were unkind. Or they struggled for a few weeks or months, then closed. Or maybe they had a fair enough run to make back the investment, but the national public never heard the songs. There were a hundred ways for a Broadway songwriter to get his or her heartbroken. Well, you can imagine what the business must have done to the psyches of Broadway songwriters. Yes, there were a handful who were so successful that they could take the failures in stride, but many of the best went out to Hollywood for the painful alternative experience of writing for the movies. At least the paycheck was steady if they liked you well enough. All you had to do was put up with the abuse of tin-eared Hollywood executives while wondering if they would pick up your option so they could abuse you some more.

In either case, but especially on Broadway, composers and lyricists fretted over their creations, obsessed over every rhyme, every critical chord or interval. The stakes were so high. On Broadway, people were watching and judging, especially newspaper critics who knew a thousand ways to slice and dice a songwriter for the entertainment of hundreds of thousands of faithful readers. There was no anonymity for the Broadway songwriter. Even the best could find themselves stripped naked the morning after by the tastemakers and their readers.

I might add that there were still a large number of Tin Pan Alley songwriters who were trying to write radio hits instead of show hits, but many of them aspired to Broadway or Hollywood prominence because that’s where the big money and prestige lay.

When rock and roll and country broke big in the ‘50s and ‘60s, the golden age of the Broadway and Hollywood musicals ended. The world of hit songs came to be dominated by professional one-offers who like their Tin Pan Alley predecessors wrote songs to be hits on radio and records. The pop critic had not yet made his mark, so these songwriters got little recognition but then, the song was here today gone tomorrow, or maybe in four months. They did not expect their songs to be standards but at least they had the opportunity to hear their songs as hits on the radio, and the money could be impressive.

I’m sure that some artists/writers are much more painstaking than others, but today’s songwriting tends to come from a different place than the output of the Broadway writer. Perhaps because many modern songs scarcely have an existence outside of the sound created in the studio, I believe that today’s writers tend to write on the inspiration that gave them the first draft of the song. Perhaps they feel that tinkering too much deprives the song of the electric spontaneity that gave it its birth.

So you might say there are two models of songwriting in our tradition, the inspirational and the perspiration-al. And no, I am not here to judge which is superior; one might as well compare the merits of Charles Schultz to those of Thomas Wolfe. I just wish that the two traditions could exist side by side. Because as rock and roll made its mark, it virtually wiped the pop music slate clean of songs written in the Broadway tradition. We lost a great craft, and I’m not sure we’ll ever get it back. 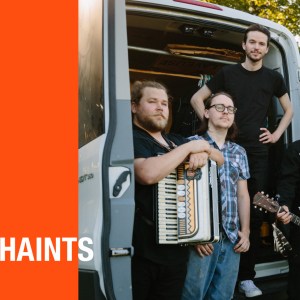 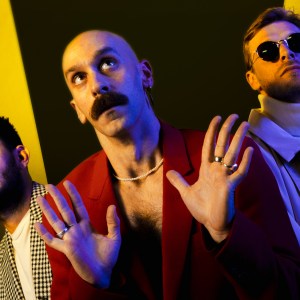