Sugarland’s Jennifer Nettles is adding matchmaker to her resumé as she is set to host the latest FOX reality dating show, Farmer Wants a Wife.

The premise of the show – one that has become a fan favorite across 32 countries and has resulted in 180 marriages and 410 children – surrounds four farmers looking for love and Nettles will help them find it.

Set to premiere on March 8, Farmer Wants a Wife will see the bachelors or bachelorettes in question bring a group of dates to their respective ranches where they will offer a look at daily life on the farm. Contestants vying for love will leave their city lives behind in the hopes of winning over their farmer. The show poses the question: How much of your life are you willing to change for love?

“We found the perfect pairing in Jennifer, a multi-talented entertainer who’s a little country, a little big city and huge on heart and humor, making her the perfect choice for wrangling romance in the heartland,” said FOX Entertainment President of Programming Allison Wallach.

This year, country duo Sugarland – fronted by Nettles alongside guitarist Kristian Bush – celebrated their 20th anniversary as a band. The pair were on hiatus for a few years leading up to their reunion at the 51st Annual Country Music Association Awards in 2017. It was during the ceremony that the two announced their regrouping to work on new music, and in 2018, they released their sixth studio album, Bigger.

They have since maintained their own solo careers. Nettles’ fourth and most recent solo effort, Always Like New, was a collection of Broadway covers. A review from American Songwriter called the album “a polished piece of showmanship that finds Nettles lending the prerequisite emotional investment in each of the offerings contained herein” and compliments the artist on her “vocal prowess that’s well attuned to each of these showstoppers, given a range and resolve that brings the unblemished sentiment to the fore each and every time.” 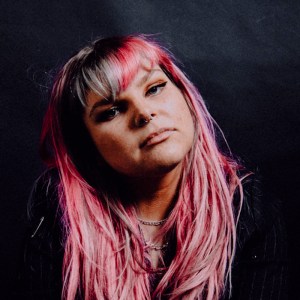