For Seattle-based guitarist, Jimmy James, music should always be about comfort. That’s not to say every song is “easy listening,” of course. In each note James plays there is drama, a sense of story and a fertile tone. But each note also comes from an honest place. James, who is a virtuosic dynamo on the guitar, never offers his talents as a way of outshining anyone or in an attempt at some idea of victory. Rather, playing music, for James, is an homage to music itself. It’s like going to church and praying. If one does so honestly, the prayer is for the world. Not for individualism. That’s the secret to James’ success and that’s the vibe and tone he carries with him to his eight-piece big band, The True Loves, which is set to release its next LP, Sunday Afternoon, in March, and the record’s titular single here today.

The True Loves, in its near seven-year existence, has become one of the most popular bands in the Pacific Northwest. The group regularly packs showrooms, notoriously inspiring local crowds to stop shoe gazing and start dancing. But the band, at first, began very simply, in a small practice space south of downtown Seattle. That’s where James and drummer, David McGraw, began to jam. It was in that little band room that the two realized they had a unique chemistry rooted in a love of similar styles of music. James, who grew up adoring funk and soul music of the early 60s, shared that appreciation with McGraw.

“It started off on a Sunday,” James says. “He messaged me on Facebook and asked if I’d like to come to his practice space and jam. At the time, I didn’t know who he was. But I said alright. I wasn’t doing nothing on Sunday, so why not? But he played like those drummers I heard on the 60s rhythm and blues records, which is rare to come by. It was a sound I loved.”

James, who first found music in the myriad records and instruments that the women in his family would play, dove even more deeply into songs as he got older. His sister, Regina, who played piano and flute, introduced him to both pop and classical recordings. His second sister, Chelsea, who played drums, showed him metal and classic rock. His mother listened to Motown, blues and country and western. It was a pastiche of compositions. In high school, James, who carried his guitar everywhere he went, was a bit of a loner before his school instituted a new band program. Playing with other student-musicians, James studied songs by ear from Kool & the Gang and James Brown.

“Music is something I could talk through when I couldn’t talk to people,” he says. “It’s something where I could hide in and felt comfortable, as well. Put it this way: you have to say so many words but with a single note, you can say it all. Words can be very limiting and music is the universal language.”

Today, coordinating an eight-piece band during a global health pandemic is, well, not the easiest thing in the world. But it’s lucky for the True Loves (and their fans) that the band was able to write and record their latest LP prior to the 2020 COVID-19 shutdowns. To create the 10-track record, the band went on a retreat to a remote location and hunkered down. The True Loves later honed the ideas borne from that creative excursion in an Emerald City studio. The members didn’t know it at the time, but recording the new record was one of the last opportunities for some time they’d have to be in a room to work out the parts. Today, to satisfy their collective itch for music, the band has been creating “Quarantine Jam” videos on social media, one player at a time.

“It’s very tough,” James says. “Being in the same room as a musician, it’s crucial.”

Ever the historian, James is quick to note that there has long been a collective of funk and soul musicians in the Northwest since the 60s – though, the size of that collective has ebbed and flowed over the decades. Since he was twelve-years-old, it’s been the music that has driven James and his fingers on the frets of electric guitars. James, who boasts a clear, immediately identifiable guitar tone, cares most about the pocket of a song – it’s depth, groove and rhythm. And his peers in the True Loves accentuate this sensibility, from the multitude of horns they play to the precise rhythms and percussion pops. And the band’s latest single is emblematic of this nuanced balance.

“The horns at the intro sound medieval,” James says. “Like the horns you would hear blasting at the top of a castle as the queen walks by. Then I come in with this one-note line that I just heard from listening to hip-hop, or something like that.”

For James, who also plays in the popular group, the Delvon Lamarr Organ Trio, music is central to his day-to-day even when the future of the industry is up in the air and unpredictable as ever. But, of course, just because there is exterior confusion doesn’t mean there has to be interior alarm. Instead, be comfortable. Go deeper into the song, the music, the notes and the melody. That’s what James does, after all. And, as a result, the songs keep forming and the connections with others keep strengthening along the way.

“Music brings people together and brings joy,” James says. “When you do that and you do that honestly, it’s the most beautiful thing in the world. You come out leaving better than when you first entered the room.” 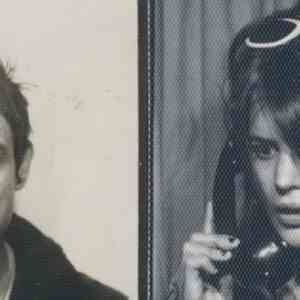 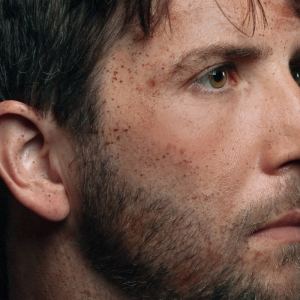