Allison Mosshart and Jamie Hince, the co-founding members of the British-American rock ‘n’ roll band, The Kills, remember the day they met. Hince recalls Mosshart’s face turning red, overwhelmed at least somewhat with the prowess of the musician. Mosshart remembers thinking he was the coolest person she’d ever seen. But, more than either of those flustering feelings, the two had instant faith in one another. And there was a bubbling, boiling, broiling chemistry that was inescapable. From that first moment meeting at a gig – the two were in separate bands at the time – their own group began to grow. A simple duo, at first, Mosshart and Hince dove headfirst into blues and rock music, out of both a love and reverence for it as much as out of necessity. Fans of The Kills can now hear the group’s early steps in the studio with the forthcoming release of the band’s new B-sides and rarities record (2002-2009), Little Bastards, out on December 11th

“A lot of the early songs are a lot more primitive,” says Hince, the duo’s primary guitar player. “If you can imagine being in a studio with a multi-track recorder, we used no more than, like, six tracks and those were mostly guitar amps. Really, it was one guitar, one vocal and a drum machine.”

The Kills, which officially formed in 2001 and released its debut album, Keep on Your Mean Side, in 2003, created a minimalistic tone. There were significant swells and powerful punches, but much of the band’s music also boasts a palpable restraint, the sonic equivalent of jabbing the wall, not the open air. But, as Mosshart and Hince explain it, that was because they were simply making the most of what two people could create in a room while keeping a focus on what could be replicated on stage together without much supplementation.

Get The Kills Latest
Vinyl, CD, or Digital
Buy from Amazon

“Rock ‘n roll and blues music,” Mosshart says. “I love it because it’ so visceral. It’s really human, just a voice and bass drum – it’s like the human heart beating. There’s nowhere to hide. That’s the kind of music, to me, that never ever, ever gets tired. I always feel I can instinctively relate to it.”

Some bands, when they first get together, they try to fly to the moon immediately with so much sonic gesticulation, pomp and circumstance. The Kills, however, decided to go backwards. To unravel the knot of music in their heads together and find the basics, the essential ingredients to song and, therefore, to their own senses of primitive and artistic communication. And in performance – whenever again permissible, of course – this feeling is only heightened.

“On stage,” Hince says. “Our chemistry is a mixture of nerves and just being – looking at each other and having all these feelings like, ‘We’re doing this!’ and being scared. The hairs on my arm are standing up just thinking about it. Throwing all those things together, it’s just like, ‘Fuck!’”

Hince, who says he was first drawn to music because that’s what he noticed the coolest kids around participating in, and Mosshart, who first found music in the bags of errant tape cassettes her used car salesman father would bring home after the latest automobiles came into his inventory from citizens, have been friends, personally and professionally, for two decades. They’ve toured the world together. They’ve shared their most vulnerable thoughts, their most exuberant moments and many of their lowest lows. More than a duo or a band, they’re family. And together, they’ve written and recorded hundreds of songs, many of which the public has yet to hear.

“If people knew the amount of demos we have,” Hince says, “they would probably think we have a mental problem. There’s mountains of songs!”

Each of the twenty songs on Little Bastards are of high quality. Some are acoustic, some are fuzzier, some propel and some are more thoughtful. But, together, they show a remarkable range and work ethic from The Kills. Going back through the songs to curate which would land on the double vinyl release, Mosshart says, felt like rereading a diary. In an era when so much is up in the air, so much unclear, it was illuminating and appropriate for the members to look backwards, if for just a little while through song.

“And all the emotions that you can imagine came with it,” Mosshart says.

Today, with that same level of uncertainty still looming, both Hince and Mosshart carry a cautious optimism with them as 2020 comes to a close and 2021 opens its new, sleep-encrusted eyes. Musicians, by nature, if they’re to survive any length of time, must be nimble, Hince says. Those natural, innate skills can often breed optimism and, like that first day in which the two met, a new faith that acts like a seed sewn for more creativity, more experimentation, more work in the future. Hell, they may even unearth the other mountains of songs post-2009. Anything is possible, right?

“Part of being in a band for eighteen years and still doing it and still being relevant,” Hince says, “you have to be adaptable and be really resilient. So, we’ve used this time to our advantage. We’re writing as much as we can, being as creative as we can for when the doors open and the future is bright again.”

“I’m in full agreement,” Mosshart says. “I think there is going to be art and music and a philosophical renaissance of some sort. I have to believe that. When the gate opens, we will all get to run through it.” 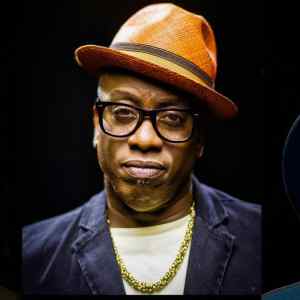 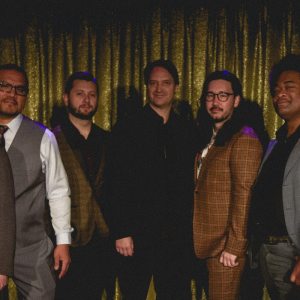