It was June of 2014 when Ella Henderson’s debut single “Ghost” debuted atop the UK and hung around inside the Top Five for the eight consecutive weeks.  Her follow up single “Glow” notched the top spot in Indonesia and peaked at No. 7 in the UK.  The album that housed them both, fittingly titled Chapter One, peaked atop the UK Album Chart and also charted in the Top 20 in Australia, Austria, Denmark, Ireland, New Zealand, Norway, Switzerland, and the United States

Suffice to say at just 18 years old, the woman was an international rocket.

While the storybook would have led you to believe the following chapters were filled with more adoration and worldwide domination, the reality is that wasn’t the case. A litany of potholes derailed Henderson on and off for the next few years. After Chapter One had run out of legs, she peppered in on some projects with other artists but produced nothing truly significant of her own. Still, while her momentum may have taken a hit, her talent went unaffected. If anything, it has only gotten stronger and that’s saying something when you consider Adele was publicly championing Henderson during her time on and after her dismissal from the British version of the hit talent show X Factor.

These days Ella’s ship has been righted and is again pointed due north. In just the past six months since her Glorious EP was released in November, the album has garnered 35M+ streams and her collaborations with Jax Jones (UK Top 10 single!), Sigala and her latest with Sam Feldt have amassed 125M+ streams.

Given what she has already lived through, Ella knows the value of momentum all too well and Covid or not, she isn’t wasting it. She’s back again with more new music in the form of her new single “Take Care of You.”

“I feel as though 2020 has taken the world by storm and it’s definitely not what we all had hoped for or imagined would happen,” says Henderson. “This pandemic and isolating with my family really shook me up and had me feeling all kinds of crazy emotions.”

Perhaps that is exactly what makes “Take Care of You” the perfect song for this moment. With its upbeat tempo and message of both mental and physical self-care, the time could not be more right. Not only for Henderson mind you but for everyone in the world struggling with the heightened anxieties of this crazy new world we’re living in.

“I feel for me this song has coincidentally come at a time when people probably need some positive light in their life more than ever!! I think it’s so important to remind ourselves that WE are not made of steel and taking care of yourself should always be your No.1 priority. I guess I’d love this tune to remind people to look after themselves as much as they can in these strange times mentally, physically & emotionally.”

Clipping along at a swift pace with her vocals squarely on point, Henderson may have delivered the feelgood anthem this summer so desperately needs. Co-written with mega-hit songwriters Julia Michaels and Justin Tranter it’s fitting that not unlike Henderson herself, “Take Care of You” took some work and went through a handful of versions before it become the beautiful thing unleashed into the world today.

“This song is probably more upbeat than my previous release, and my music has definitely evolved sonically as I’ve grown as an artist. My production sound has progressed to a place where I feel as though I have my own identity and sound.

“When we wrote this 4/5 years ago it had strings, synth and very simple vocal stacks on it. Which I think we’ve kind of held on too in the version we hear today… but now it has some really cool anthemic dance vibes and sounds which I love. I always wanted this record to make people wanna get up and sing/dance around and I definitely feel like this version does that!”

More importantly than the feel of the song is the story embedded within. Not scared to look inward and talk about the anxiety issues that had gripped this rising star, Henderson is giving her fans more something to crank on the radio. She’s giving them a piece of truth from herself.

“This ties in with how I go about my music now. Everything I say or do through my music is where I am at in my life at that moment or what I’ve been going through. I think because it’s all so personal to me, it’s important for me to keep the people I have around me in my life that add light and a positive influence.

“My goals as a human being and my goals as a recording artist are very similar – they’re to always be my authentic self, to always remain true to myself and my instincts.” 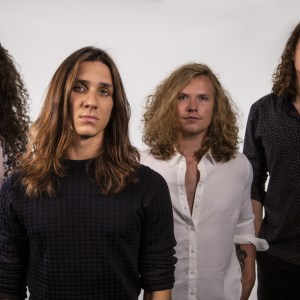 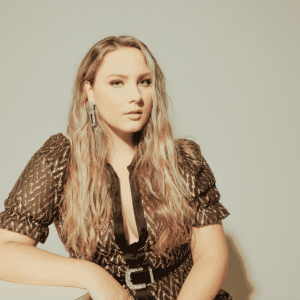