Jaten Dimsdale had hit absolute rock bottom. Rewind to 2019, and the Atlanta native had lost near everything. He no longer had a job; his car broke down; and he was left with a house he couldn’t afford when his roommates left him stranded. Little did he know, the singer-songwriter had to weather such a torrential downpour before he could find the light again.

In the coming months, he moved in with his father and took a job with Chili’s. He was knocked down but still not out, and so Dimsdale teamed up with a few friends and started a creative endeavour that would soon transform into Teddy Swims. Through a series of starlit covers, including “I Can’t Make You Love Me,” “Tennessee Whiskey,” “Someone You Loved,” and “Valerie,” he struck a resounding chord with a massive listening audience.

Dimsdale quickly cultivated millions of streams and a rabid fanbase. Unsurprisingly, he signed a deal with Warner Records earlier this year and now eyes a new EP, anchored with the funkadelic “Broke,” out today. “I’m so used to being broke,” he spits. “But not no more / I’m buying all the things I never could before / Like what the hell, top shelf…”

Originally an acoustic track with handclaps, Dimsdale always envisioned the Motown lean, an apt showcase for his naturally soulful tone. “For the first time in my life, I’m not struggling for money,” he tells American Songwriter. “So, in a sense, I am living the life of [this song], but the song itself is about blowing all that money. I haven’t had the real chance to blow money. Since I’ve had money, I’ve made nothing but responsible decisions with it and tried to build my business. In shooting the video, I’ll finally get the chance to blow a little bit of it senselessly on silly things.”

As carefree as the melody hits the eardrums, it stems from a very honest, emotional place. “I was so used to being broke my whole life that it is hard to believe I’m not hurting for money anymore. My brother and best friends now have full time salaries through [this project],” he says. “I was able to buy my dad a new truck. Earlier this year, when the whole team drove across the country to Los Angeles, we weren’t staying in motels and on couches anymore— we had an Airbnb in the Hollywood Hills. It is because of the friends and family who’ve supported my vision that this is happening. This song, which was written right before the pandemic hit, captures the journey that I’ve gone through over the last year.”

“Broke” arrives after an extended period of genre experimentation and hits the kind of groove that feels wholly Teddy Swims. Admittedly, he isn’t too sure if “I’ll ever feel like I’ve mastered my sound or who I’m supposed to be,” he says. “But I guess that keeps me from getting complacent. I feel at home in music. Anyway that can take me out of my comfort zone is where I feel at home most.”

His forthcoming, yet untitled, new EP promises to build upon “the same soulful and playful sounds” with an eye for a cohesive texture. He notes, however, that “some of [the songs] aren’t so happy go lucky on the lyrical side of things.”

With his star quickly rising, Dimsdale keeps his feet very much rooted in the art of songwriting. “I’m a pretty messy person for the most part, and my life moves so fast that it’s hard to truly be present sometimes. Everything is usually planned out for me and decisions are usually made in advance,” he explains. “So, writing and building a song is the only time in my life that I get to tune everything else out and really capture a moment in time and also feel in control with how it gets structured and moves to keep you in that moment.”

Watch the “Broke” video below. 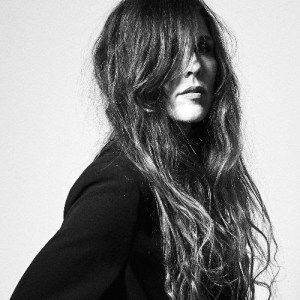 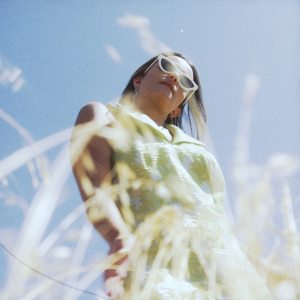