Nearly a year had passed, and by January 2021, Terry Klein was still hearing of friends and musicians stuck in difficult spots, and everyone wanted the pandemic to end. He felt the same and released this collective frustration and a semblance of calm into “A Year Gone To The Dogs.”

“One morning not long ago these words started coming at me,” says the Texas singer and songwriter. “As the tune took shape, though, I didn’t want it to be stuck in this particular time. Some years are just bad years, years gone to the dogs. The joke, I guess, is that this year in particular has been pretty fantastic for the dogs. I mean we’re always, always around to hang out with them.”

Written by Klein, and mixed and masted by Jackson Emmer, “A Year Gone To The Dogs” crosses over all the tribulations and aspirations for better days through earnest storytelling, simple steered by a guitar in What a color brush run amuck on a palette of worry and hard luck… And the day’s are getting longer / Soon it will be springtime again / Just another sad reminder / That if I close my eyes I guess I can pretend… We do our best and then it’s over with.

Debuting with Great Northern, released in 2017, produced by Walt Wilkins, who joined Klein again, along with engineer Ron Flynt, for Tex in 2019, the former lawyer-turned-songwriter, has already received praise from folk artists like Rodney Crowell, and Mary Gauthier, who Klein joined for a songwriting workshop in Nashville years earlier. “When I heard the songs on Great Northern for the first time, I was floored,” says Wilkins. “I knew I was hearing a true songwriter, and a true craftsman. These songs deal with real moments, elements, depths of the human spirit. The songs here still move me. Welcome a strong collection of songs and a new clear, bold voice.”

Often gazing out a window, scrutinizing each lyric, melody, word or phrase to ensure his stories are told in the way they’re meant, Klein first started falling for folk music in 2011 and throughout the past four years has remained steadfast in his operative songwriting, pulling from an overactive imagination ignited by books, experiences, and the people and places weaving in and out of his life.

Klein’s first single since Tex and debut holiday song, “The Last Great Christmas” in 2020, “A Year Gone To The Dogs” is a message of hope despite a dire year past.

“It’s been a hell of a year for the rest of us,” says Klein. “At the root of my writing approach, my motivation for doing this in the first place, is a desire for connection. We’re all going through this mess together. If this song reminds just one person for one second that they’re not going through it alone, it’ll have done its job.” 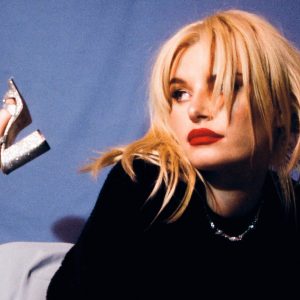 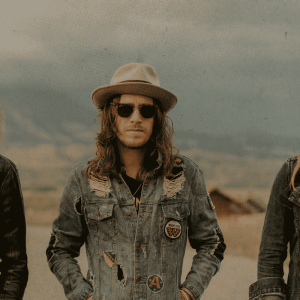