When Kelsea Ballerini and Brothers Osborne announced this year’s first ACM nominations on February 26, Jaren Johnston—lead singer and guitarist of The Cadillac Three—was still asleep. Their Group of the Year nomination came as a surprise to drummer Neil Mason as well. He was sitting on the couch with his daughter drinking coffee when the texts started coming in.

“Leave it to a pandemic to get The Cadillac Three ACM nominated,” Johnston laughs. The Nashville-based country-rock trio—Johnston, Mason, and Kelby Ray (lap steel/bass)—credit the recognition to their fruitful year despite less-than-favorable circumstances. Following the release of February’s Country Fuzz, TC3 embarked on what would be a full European tour experience, even opening some arena shows for Eric Church. After just a few shows overseas, the band left Amsterdam for London where they returned across the pond and have remained for over a year.

Johnston recalls initially feeling “gutted” by the canceled plans. But the 40-year-old artist who has been touring since he was 19 quickly adjusted to a slower pace of life at the beach with his wife and 3-year-old daughter. There, free from the distraction of road life, Johnston fixated on creating a cohesive album. The product is Tabasco & Sweet Tea, a reimagined take on several existing tracks to complete a dynamic new “hillbilly funk” sound.

Released in late October, the 11-track collection boasts a dynamic step forward for the almost decade-old band. The timing worked well for the band who was far enough into the process when COVID-19 shut down much of the industry.

With a tinge of humor, Mason expresses the fitting nature of the trio’s quirkiest, unexpected album to date landing at the end of an even weirder year. The artist further compares the album to “taking that and diving all the way into the swimming pool and not being afraid to go into the deep end.”

“At the very end of Country Fuzz, we began tapping into earlier influences in our adolescence, when we first met and started playing. Songs like ‘The Jam’ and ‘Blue El Camino’ reflect some of that funkier, Stevie Wonder influence,” Mason describes.

“Nothing was ok, it was all bizarre,” Johnston adds. “That record was us trying to make ourselves feel better. In a career, especially as a country artist, you focus on the things that are working, the things that make us sound like nobody else. We knew we couldn’t really go play the record, but I thought people needed this record now. Something quirky, funky, upbeat, and happy.”

Considering others’ needs threaded throughout TC3’s year. In early June, as a racial justice movement unfolded following the death of George Floyd, TC3 took a stand when much of the country music industry remained silent, donating all of the net proceeds from their online merchandise sales to the NAACP. The sentiment of shedding light on a collapsing socio-political system revealed a more conscious side of the Southern party-rock trio.

As the pandemic cruelly ensued, the trio committed to delivering music to folks at home while supporting the local venues that raised the band from their early years. Their weekly live-streamed concert series, Country Fuzz Presents, partnered with The Basement, EXIT/IN, and Second Harvest Food Bank in Nashville, Tennessee to produce high-quality concerts with The Cadillac Three and several artist friends like Daniel Donato, Drake White, Hailey Whitters, A Thousand Horses and Lauren Jenkins. The goal was to was #100Kin100Days to deliver meals to students that would not be attending school in-person.

After months of touch-and-go federal relief talks, the band teamed out with NIVA’s #SaveOurStages efforts to release a new video “Long After Last Call.” The video, originally filmed in 2019 in South Dakota’s Badlands, is an eerie reflection of the grim reality of several bars and independent music videos across the country.

The pre-pandemic footage captures Johnston strumming through “Long After Last Call” from Country Fuzz in an empty room. Director/producer Dylan Rucker captures an intimate scene, intending to add in scenes of Mason and Ray as bartenders closing down, while Johnston continued to play.

“I had forgotten about the video when Dylan sent it over a little while ago,” Johnston admits. The intention was to add finishing touches after Country Fuzz, but COVID hit and plans dissolved. When the footage was uncovered, the band felt the context overlaid as a premonition, creating a strongly stated warning about the fragile state of the live music industry.

“We uncovered what we had recently and really loved how it felt, taking us right back to being on tour, but now, seeming to have foreshadowed all the empty venues around the world currently,” says Mason. “Without independent clubs like these, The Cadillac Three wouldn’t exist. If you can, we hope you’ll help us support them too through the NIVA Emergency Relief Fund.”

The qualifying metrics of ACM’s Group of the Year are abstract. Yet, The Cadillac Three’s contribution to a year like no other can be measured in albums released, songs released (28), live-streamed shows recorded, donations collected, venues supported, mouths fed, and positive messages sent. Landing a spot on the revered list, among their friends, collaborators, and peers, feels like a victory for the trio who has never stopped putting in the work.

“We really did try to stay active,” says Mason. “So beyond the two records, we had more time on our hands to look around, at our community’s tornado damage and threat to the music industry. Then there were social justice issues in the country with the Black Lives Matter movement. Watching it unfold, we tried to figure out how to put energy into it that was both positive, natural for us. Our crew was suddenly out of jobs, so we had to make sure they still earned a living. I think it could’ve been easy to take six months to ourselves, but we didn’t.”

Johnston adds, “Neil, Kelby and I couldn’t be more thankful and excited.  What an amazing thing to happen for three long-haired hippie boys from Nashville, Tennessee on our 10-year anniversary as The Cadillac Three.”

To commemorate their decade milestone, The Cadillac Three was set to perform a celebratory show at The Ryman on September 1. After night one swiftly sold out, the band announced a second night, September 2. Tickets for the second show go on sale Friday, March 26. Fan club pre-sale begins Thursday, March 25.

The 56th ACM Awards® will broadcast live from Nashville on Sunday, April 18 at 8 PM EST on CBS. 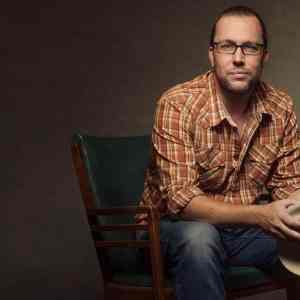 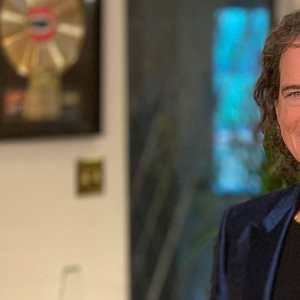