Whiskey bottles and brand new cars
Oak tree, you’re in my way
There’s too much coke and too much smoke
Look what’s going on inside you

Since it first came out in October 1977, “That Smell” by Lynyrd Skynyrd has remained one of those special songs that holds a coveted spot in the hearts of millions… and for good reason. Not only does its lyrics acutely speak to the dangerous (and often-fatal) risks of substance abuse and addiction, but they capture a bit of the essence of the man who wrote them, vocalist Ronnie Van Zant.

To that end, the story of the song itself is bookmarked by two unfortunate events: a car accident involving guitarist Gary Rossington and, ultimately, the infamous plane crash that would bring about the end of the original Lynyrd Skynyrd.

The car accident came in 1976—the band was already known around the world thanks to their songs like “Free Bird,” “Simple Man” and, of course, “Sweet Home Alabama,” all of which charted during the first half of the decade. With all of that success, though, came almost unimaginable access to drugs, alcohol, and other material excesses… and the pressures of those new variables on the band’s lives began to stack up.

Eventually, the folks in the Lynyrd Skynyrd camp began to settle into a lifestyle of substance abuse—and Rossington was no exception. He developed a habit of drinking nightly, then popping a tranquilizing Quaalude pill to fall asleep (which, on their own, weren’t actually too outrageous or scandalous at the time—I mean, even The Brady Bunch was using them). Still, for Rossington, the combination of drinking and taking his ‘lude a little too early proved to be a bad move: driving home along Mandarin Road in Jacksonville, Florida, he crashed his Ford Torino into an oak tree.

Rossington, thankfully, recovered from the crash (today, he’s one of the few surviving members of the original band), but it delayed the tour… and the band even made him pay $5,000 to make up for the lost income.

Beyond that, there were deep reverberations from the incident throughout the Skynyrd camp… and before too long, guitarist Allen Collins suggested to Van Zant that they should write a song about it. Sitting down to hash it out, Van Zant came up with the lyrics we know today.

“I had a creepy feeling things were going against us,” Van Zant said later on in an interview. “So, I thought I’d blow lines, slam some H and write a morbid song.”

See, this is where a bit of Van Zant’s philosophy starts to come into play—while the song certainly asserts a warning about the dangers of substance abuse, it does so from the vantage point of someone who’s experienced the struggle themselves. Far from lecturing or soap-boxing, there’s an element of understanding to the narrator’s story, as the post-chorus shows:

Oh, you a fool, you
Go on, stick them needles in your arm
Ooh hoo hoo hoo
I know I been there before

Sadly, though, the other bookend to the “That Smell” story is one of the greatest tragedies in rock history. The song was first released on October 17, 1977—just three days later, the band’s tour plane crashed in the woods of Mississippi, killing Van Zant, guitarist Steve Gaines, vocalist Cassie Gaines and several members of the crew. Promptly after that, the original Lynyrd Skynyrd disbanded.

The gravity of the loss was so supreme that music fans around the world still mourn for the Southern Rock icons. But, as is the beauty with music, the art they brought into the world continues to resonate—and even find new fans—proving just how impactful and relatable it is. That’s why “That Smell” continues to be an anthem for folks from all walks of life who can connect with its message.

Even within the band, Van Zant’s lyrics made their mark—while the road has had its bumps along the way, Rossington has sobered up and continues to play with the reformed version of Lynyrd Skynyrd to this day (though he had to drop off their 2021 tour dates due to an emergency heart operation).

So, while there’s an element of morbidness to its outer appearance, there’s a deep, deep heart and message of hope and understanding to “That Smell,” making it one of the greatest rock songs of all time. 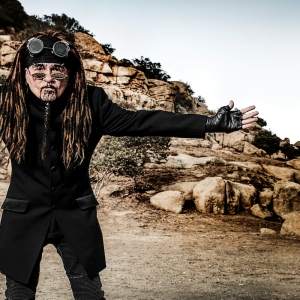