Is there anyone more delightful than Kristin Chenoweth?

The star of stage, screen, and studio is a talent for the ages. She’s recently released a new Christmas album, worked with the blues artist Keb’ Mo’, and dazzled with The Muppets. All in a day’s work for the versatile, beloved artist.

And we recently talked with the 53-year-old, Oklahoma-born standout performer here.

But beyond the smile and the poise and the singing prowess, what does Chenoweth have to say about life, love, her craft, spirituality, and the world at large? That, dear reader, is the subject of this exercise here today.

So, without further ado, let’s delve into the best 18 Kristin Chenoweth quotes, shall we?

1. “If you can learn to love yourself and all the flaws, you can love other people so much better. And that makes you so happy.”

2. “I auditioned for a solo in church and got it. I was about seven and I sang a song called, ‘Jesus, I Heard You Had a Big House’ and I remember people standing up at the end and me thinking, ‘Oh, I think I’m going to like this.’ That’s how it all began. Sounds funny to say you got your start in church, but I did.”

4. “I used to want to be tall, and then I thought, ‘If I were tall, then people would say I was pretty and not cute.’ And then I realized that there are worse things than being called cute.”

5. “I think it’s important to remember that Christianity was based in love and tolerance and forgiveness and acceptance.”

6. “I want people to understand that there is a group of Christians out there who want to be more open and understanding and tolerant and loving of all kinds of people, even the people that don’t believe in God at all.”

8. “I just want to say, that if Jesus were alive, what would he be doing? Well, he would probably be accepting and loving people how they’re made. And I always say this and it’s really the truth. If being 4’11 was a sin, what would I do? Well, I could wear heels and I could add a wig.”

9. “There’s a difference between making fun of something and having fun with something.”

10. “Well, you know, people don’t know me as a country artist and I am new to the genre. But that’s how I grew up singing.”

11. “I want to be a Christian like Christ—loving and accepting of other people.”

12. “Broadway is such a diverse community. Everybody knows how I believe, and everyone believes, and it’s not a big deal. But in Hollywood, if you talk about politics—especially if you’re a Republican—or spirituality, it’s just not something people want to hear about.”

13. “You’ve got to find ways to breathe while you’re dancing so that when it comes time for you to stop and sing again, you have it.”

14. “I’m constantly learning, and that is the greatest gift of life in my opinion—to always be learning and growing.”

15. “Not everyone is going to like what you do or what you have to offer; however, if you can’t see yourself doing anything else, and you have the drive and ambition, get the training and go for it.” 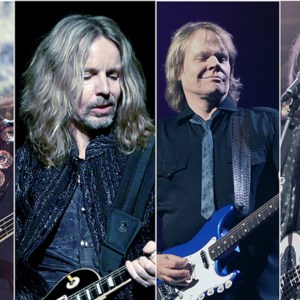