Public Enemy frontman, Chuck D, has the most bombastic voice in rap history.

Coupled with hype man Flavor Flav in the seminal group Public Enemy, Chuck D burst onto the music scene, thanks, in part, to the Spike Lee film Do The Right Thing, in which P.E. was prominently featured in the open credits with their hard-hitting song “Fight The Power.”

Ever since, the group has been making statements and waves amongst fans of forward-thinking, intelligent rhyming. But while the 62-year-old New York City-born Chuck D is a legend in the rap game for his powerful and impactful verses, it’s worthwhile to wonder what the emcee has to say outside of his songs.

What are his thoughts on life and love? His craft and the world at large? Let’s dive into the 30 best Chuck D quotes.

1. “Music and art and culture is escapism, and escapism sometimes is healthy for people to get away from reality. The problem is when they stay there.”

2. “I think too much of the music industry is for the lawyer and accountant mentality.”

3. “Right is right, and wrong is wrong, and when people start getting it confused, that means they need to sit down with some real people.”

4. “Being positive is like going up a mountain. Being negative is like sliding down a hill. A lot of times, people want to take the easy way out, because it’s basically what they’ve understood throughout their lives.”

5. “My mother went to university, my father didn’t. But they are very educated, very wise people. My father went to the military, so he’s worldly.”

6. “I grew up as a sports fan, and I know that a hall of fame is very different than an award for being the best of the year. It’s a nod to the longevity of our accomplishment.”

7. “Hip-hop is a part of rock & roll because it comes from DJ culture. DJ culture is the embodiment of all genres and all recorded music if you actually pay attention to it.”

8. “Rap is supposed to be about keeping it real and not relinquishing your roots in the community. Without that, it’s just posturing. Somebody who claims to speak for the ‘hood don’t need no private jet.”

9. “I think the Internet was the saving grace for Public Enemy. Before that, traveling the world saved Public Enemy.”

10. “One of the problems with hip-hop is lack of infrastructure and not being able to control its own course. I don’t like that hip-hop is full of infantile 35 year olds. Hip-hop cannot afford to be lazy.”

12. “Government and culture are two diametrically opposed forces—the one blinds and oppresses, the other uplifts and unites.”

13. “I’d rather have a hundred thousand or a million people saying I’m nuts and I’m crazy for my musical choices and what I’ve said lyrically, than a million people all raising their hand on the first day.”

14. “I’m recording freely, and if I make a song, I release it immediately, so I’m more likely to believe in one song at a time as opposed to albums.”

15. “Of course voting is useful. But then again, I don’t put a big glow to it. Voting is about as essential as washing yourself. It’s something you’re supposed to do. Now, you can’t go around bragging, expecting to get props because you voted. That’s stupid.”

16. “I came from a mother and father who always made me secure in my beliefs, and that’s where the love came from.”

17. “You can’t master time, but you have to work your hardest to manage it.”

18. “I spread the message of hope and of unity. That’s what gets me up in the morning. I can tell you what is wrong, but I can’t tell you how to fix it. I’m a raptivist, not a politician. I deal in hope.”

19. “The Illuminati is just the evil, ‘nameless’ people who are behind governments.”

20. “I think right about now we have to beware of marketed Malcolms and Martins. Real people do real things.”

21. “Never try to make the same record twice, even when people are screaming for the same sound.”

22. “A lot of times black folks look for love in all the wrong places. You’re always looking for somebody to love you, be accepted, and there’s the insecurities that are even transmitted through rap. Everyone is trying to aim to please too much.”

23. “Public Enemy is the security of the hip-hop party.”

24. “I totally hate when somebody takes a classic and desecrates it. I like Jimmy Page and P. Diddy, but what they did to ‘Kashmir’ was a debacle.”

25. “There are too many leaders anointed because they have a public voice – television, radio, or record, or whatever. That even includes myself. In the past, I’d say, ‘Don’t anoint me when you can anoint yourself.'”

26. “You’re always going to sound like yourself, but you can make really strong attempts to keep some similarities, but move away from what you did before for popularity’s sake.”

27. “I believe that, artistically and culturally, the free radio air should be able to support local artists of whatever genre. Play 40 percent of your local artists; don’t suck up to major labels to the point where you neglect your own locale.”

28. “I was inspired by the classic rock radio of the Seventies. They separated Chuck Berry and the Beatles from the Led Zeppelins and Bostons and Peter Framptons of the time. In many ways, classic rock became bigger than mainstream rock.”

29. “People are so confused about race and hip-hop that people didn’t even consider the Beastie Boys one of the greatest rap groups of all time because they were white.”

30. “When you travel the world, you have to watch and you have to listen. We’re not going to come into Ireland without an understanding that there’s a history that’s very sensitive.” 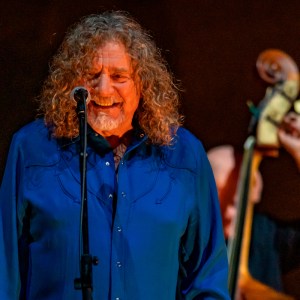 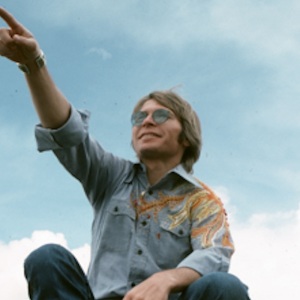