Two of the most powerful words in country music.

Indeed, Eileen Regina “Shania” Twain was born on August 28, 1965, in Canada, and practically ever since, she’s been kicking musical butt. She is one of the best-selling musical artists ever, selling over 100 million records. She is the best-selling female artist in country music ever.

But even giant success includes its missteps. In 1993 her debut self-titled album was a commercial failure. But she quickly put that behind her and rose to fame with her sophomore release, The Woman in Me, in 1995. To date, she’s earned five Grammy Awards.

And most recently, Twain has announced a new LP, Queen of Me, which is set to drop on February 3 (check out that album’s latest single HERE).

But what are Twain’s thoughts when it comes to the world at large, outside her music? Her thoughts on life and love, her craft, and more? Without further ado, here are the 30 best Shania Twain quotes.

1. “I was not naturally meant to be on stage. I hated being in the spotlight; I was scared.”

2. “Coming from where I came from, it was unimaginable to ever be wealthy. That was just too far out of my reach.”

3. “Suffering does not discriminate.”

4. “I spent a lot of my life holding back my cries, and I want to change that because it’s not good for me.”

5. “I wouldn’t call myself a feminist, because I think there are differences between men and women.”

7. “I didn’t have a choice growing up but to be more insecure because others had more.”

10. “It’s really such a personal journey, making a record, but even more so writing the songs.”

11. “I temporarily lost my hope in love, and it was temporary thank goodness.”

12. “If I hadn’t had a childhood career, I probably would’ve signed a contract with the first person I came across.”

14. “I won’t lie, I’ve had a lot of discouraging moments in the past years, moments I wasn’t sure about things and doubted myself.”

15. “It always disappoints me when I go to a concert and they don’t play my favorite song or at least one of their biggest hits.”

16. “Yes, you can lose somebody overnight, yes, your whole life can be turned upside down. Life is short. It can come and go like a feather in the wind.”

17. “When you don’t come from struggle, gaining appreciation is a quality that’s difficult to come by.”

18. “It’s important to give it all you have while you have the chance.”

20. “I really feel like life will dictate itself. You should allow it to unfold as naturally as possible. Just go with the flow. When you’re really desperate, you say a few prayers and hope for the best. That’s the way I’ve always lived my life.”

21. “I find that the very things that I get criticized for, which is usually being different and just doing my own thing and just being original, is the very thing that’s making me successful.”

22. “I really admire artists that are willing to take a different approach and a different angle to their shows.”

23. “I’m never at my best on television. There’s a row of cameras between you and the audience, and it’s very weird, very confusing.”

24. “One day, someone said to me, ‘Do you want to go jump out of an airplane?’ I felt like I had nothing to lose anymore, so I said, ‘Why not?’ And every day since then, I ask myself that question.”

25. “Writing is very much a playground—an artistic playground. It’s the most fun thing I do.”

26. “All I ever intended was to make a living at what I do. Everything I’ve achieved since then is above and beyond.”

28. “Country music is still your grandpa’s music, but it’s also your daughter’s music. It’s getting bigger and better all the time and I’m glad to be a part of it.”

29. “I certainly could’ve gone off track many, many times in my youth.”

30. “Later in my life, I’m going to look back and smile and be very fulfilled. I know that if I don’t give it my all right now I’ll regret it later. That’s very important to me because I’ve worked all my life to have this.” 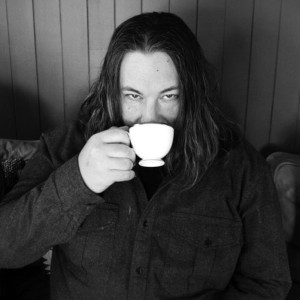 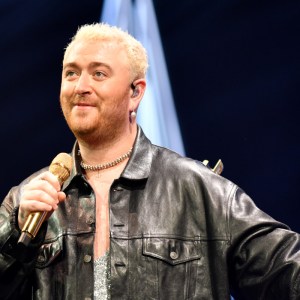