Trent Reznor has distinguished himself on many musical levels.

From bursting onto the scene in the ’90s with his alternative group Nine Inch Nails to becoming the most sought-after film scorer of the modern age, working on movies like The Social Network, to producing records like the latest from Halsey, Reznor is an artist and a genius.

But what does the 57-year-old Pennsylvania-born Reznor say about the world outside of his music? That is the subject of today’s exploration.

Indeed, what does he have to say about life and love, his craft, and the world around him?

Let’s dive in here and find out. So, without further ado, here are the 40 top Trent Reznor quotes.

1. “It’s a humbling thing, having kids. One of my sons came to rehearsals, and now he says Daddy’s job is ‘go play loud music.'”

2. “I think the whole aspect of social networking is vulgar and repulsive in a lot of ways. But I also see why it’s appealing—I’ve had that little high you get from posting stuff online. But then you think, ‘Did I need to say that?’ I’ve explored that enough to know to stay kind of quiet these days.”

3. “I’m a lot less precious than I used to be about putting things out, for better or for worse. The result of a public that has a very high consumption rate and turnover rate is people listen to more music but spend less time with individual bits of music.”

4. “I like the idea of working in an album-sized chunk, you know, and I never looked at Nine Inch Nails as a project that would be a hit-driven, single-based kind of thing.”

5. “I need boundaries. In the modern studio, there are a bunch of instruments around me, and I can simulate anything I can’t play, so sometimes the palette feels too big.”

6. “I’ve attended many concerts where I felt let down and I was wishing it would be something else. Not that it’s their duty to please me, but at the same time, I think a lot about what it’s like through the eyes of the consumer, the fan. I want not to pander to the audience, but to be aware of them.”

7. “I’d rather not get into what I’m talking about lyrically. I think it’s impossible not to demystify a song when saying what it’s about. Music and art can be damaged severely by too much information; I say that as somebody that has participated in that.”

9. “Spotify—I met those guys before they launched in America and was wildly excited about the idea. ‘Wow, this is all the music in the world, for a flat fee.'”

10. “My experience with record labels throughout my career has generally fallen into wishing I could do things that they’re not built to do, whether it be arguing about having a nicer package – because I do believe some people care about that—to trying to always bank on the art-versus-the-easy-commerce route; there’s always been headbutting involved.”

11. “After coming from a major label, I realized the entire business has been decimated, and you can’t look to labels to try to figure it out because they don’t even use the technology, and they’re oblivious to how people consume music these days.”

12. “The first set of lyrics for the first songs I ever wrote, which are the ones on ‘Pretty Hate Machine,’ came from private journal entries that I realized I was writing in lyric form.”

13. “I tend to not listen to my own music when I’m not working on it. No real reason other than it’s nice to get away from it.”

14. “When I return to the writing process after being away from it for a while, the first part of it always is being honest with myself: What am I into right now? Is it rock bands and guitars, is it noise, is it dance beats and electronics? Is it space, is it clutter?”

15. “A lot of what I’ve done as Nine Inch Nails has been governed by fear. I was trying to keep the songs in a framework that was tough, and I learned a lot from Jesus and Mary Chain about how to bury nice pop songs in unlistenable noise—the idea being if you can get behind that wall, you find there’s a pearl inside.”

16. “As long as it feels valid to me and feels sincere, I’ll do what I do under the moniker of Nine Inch Nails if it’s appropriate. I would hate to think I would ever be in a position where I’m faking it to get a paycheck.”

17. “You know, if nobody knows who you are, nobody’s going to buy your record.”

18. “I’ve learned to recognize, a lot of it forced through the process of recovery, that I’m wired wrong in certain ways; the chemical balance of my brain is off in terms of depression a little bit.”

19. “I don’t even know why I’m saying this in an interview situation, but I always feel like I’m not good enough for some reason. I wish that wasn’t the case, but left to my own devices, that voice starts speaking up.”

21. “The music I always liked as a kid was stuff I could bum out to and realize, ‘Hey, someone else feels that way, too.’ So if someone can do that with my music, it’s mission accomplished.”

22. “Sometimes the worst thing that can happen is, ‘Oh, I’m on stage playing a song,’ because you’re daydreaming about something else, you’re on autopilot. You have to fight that.”

23. “When fame presented itself to me, I was not at a point in my life where I was equipped to deal with it.”

24. “The dynamic of a relationship changes when one person gets sober.”

25. “My advice today, to established acts and new-coming acts, is the same advice I’d give to myself: pause for a minute, and really think about ‘What is your goal? Where do you see yourself?'”

26. “I’d never want to be Gene Simmons, an old man who puts on makeup to entertain kids, like a clown going to work.”

27. “Being a rock & roll star has become as legitimate a career option as being an astronaut or a policeman or a fireman.”

28. “For me, ‘The Social Network’ isn’t about Facebook. It certainly isn’t about how people use it. It’s about a flawed character and his pursuit of that grand idea that defines him and validates his life and how far he’ll go to get it, and the repercussions that come as a result of that—what he gives up in the process.”

29. “Jumping through any hoop or taking advantage of any desperate situation that comes up just to sell a product is harmful. It is.”

31. “I often find myself listening to a record because a lot of people or magazines have told me it’s good and I’m supposed to like it, and I try to stay in touch with what’s happening and I’m also a fan of music. I find myself trying to like something that I really don’t think is that great.”

32. “I would love to be looked at someday—and I’m not ever saying I’m at this level—but I’d love to be mentioned in the same breath as a Bowie or an Eno. Those are the people that I admire artistically, their career trajectory, the integrity throughout their career, the bravery of their career.

33. “Balance is good, because one extreme or the other leads to misery, and I’ve spent a lot of my life at one of those extremes.”

34. “My dad and I are best friends. He’s pretty much responsible for the way I turned out. He would provide a little artistic inspiration here and there in the form of a guitar, stuff like that.”

35. “I aspire to make a record that sounds better 10 listens in than it does after two, and still, at 50 listens, you’re picking out things that add depth and a thoughtfulness to it; there’s enough in there that you can still be extracting pieces out of it.”

37. “I wanted to escape Small Town U.S.A. To dismiss the boundaries, to explore. My life experience came from watching movies, TV, and reading books and magazines. When your culture comes from watching TV every day, you’re bombarded with images of things that seem cool, places that seem interesting, people who have jobs and careers and opportunities.”

38. “Books are better than movies because you design the set the way you want it to look.”

39. “In my life, I was always floating around the edge of the dark side and saying what if take it a little bit too far, who says you have to stop there, and what’s behind the next door? Maybe you gain wisdom from examining those things. But after a while, you get too far down in the quicksand.”

40. “I like the idea of subversively communicating with people… so that you make people see things in different ways.” 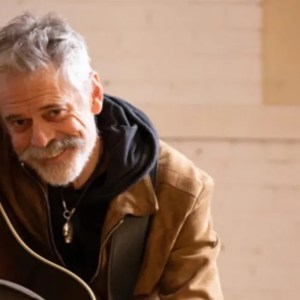