Born in the summer of 1943, Mick Jagger turned himself into one of the biggest rock stars of all time. Combining a bone-rattling voice, earth-swaying hips, and a mouth that harkens to the gods from Mount Olympus, Jagger has penned some of the most indelible hits ever, from “Beast of Burden” to “Get Off of My Cloud.”

These songs, by and large, ended up on albums for his band The Rolling Stones, often with the help of legendary guitarist Keith Richards. Some also ended up on solo albums. But a select few were written for and recorded by artists other than Jagger’s signature projects. From blues tracks to rock hits—did you know that the Hall of Fame Jagger penned these nine songs for other artists? If not, you’re in for a treat.

1. “As Tears Go By” – Marianne Faithfull

Written by Jagger, Andrew Loog Oldham, and Richards, the 1964 song was recorded and released as a single in the United Kingdom by Marianne Faithfull. The track peaked at No. 9 on the U.K. and Irish singles charts. Later, The Rolling Stones recorded their own version of the tune and it was included on the American album, December’s Children (And Everybody’s). It hit No. 6 when London Records released it as a single.

The 2002 song was the first single released by the American rock band Matchbox Twenty on their third LP, More Than You Think You Are. It was co-written by lead singer Rob Thomas and Jagger and dropped on September 30, 2002. It peaked at No. 29 on the U.S. Billboard Hot 100.

It was one of two songs first sketched out by Thomas and presented to Jagger while the ‘Stones frontman was producing his own fourth solo album, Goddess in the Doorway. Jagger helped to flesh out the track but gave it back to Thomas saying, “It sounds like you. It’s your song.” Both Jagger and Thomas are credited with the writing of the track.

“Silver Train” was released in 1973 on The Rolling Stones’ album, Goats Head Soup. The lyrics deal with the sordid relationship between the singer’s relationship with a woman of the night.

The song was first worked on and recorded as a demo in 1970 during sessions for the band’s album, Sticky Fingers. But after hearing an early demo of the song, artist Johnny Winter recorded a cover of it for his album, Still Alive and Well, in 1973, months ahead of the release of The Rolling Stones’ Goats Head Soup album release. So, technically, he got to it first.

Written by Faithfull, Jagger, and Richards, the 1969 song was released by Faithfull originally as the B-side to her Decca Records single, “Something Better,” on February 21, 1969. Later, a different version was released two years later by The Rolling Stones for the band’s 1971 LP, Sticky Fingers. Jagger produced the song.

6. “(Walkin’ Thru the) Sleepy City” – The Mighty Avengers

Both written by Mick Jagger and Keith Richards

“So Much in Love” was released on August 28, 1964, and “(Walking’ Thru the) Sleepy City” dropped the next summer in July of 1965. Both were written originally by Jagger and Richards for the English pop group, The Mighty Avengers (not to be confused with the comic book collective featuring Captain America, the Hulk, and more).

The Mighty Avengers was managed by Danny Betesh and he negotiated a recording deal with Andrew Loog Oldham, who at the time also managed The Rolling Stones. Jagger and Richards wrote the band’s only hit, “So Much In Love,” which spent two weeks atop the U.K. charts and clocked in at No. 46 for the year of 1964. It also hit No. 22 in Australia.

The band released several more singles, including, “(Walkin’ Thru the) Sleepy City,” which was also penned by The Rolling Stones duo. But those songs never charted. The band split up in the mid-1960s and several of its members joined the band Jigsaw, which garnered a few hits in the 1970s.

Released in November 1963, the track was written by Jagger and Richards and was released first by Gene Pitney, who was reportedly present with Phil Spector at some of the early recording sessions for The Rolling Stones in London. Pitney played some piano, though the extent of which remains unclear.

“That Girl Belongs to Yesterday” hit No. 7 in the United Kingdom for Pitney in 1964 and it was the first song written by Jagger and Richards to become a Top-10 hit in the U.K. The song hit No. 49 in the United States.

Written by Jagger and Richards, this October 1965 track was first released by Jimmy Tarbuck. Released on Immediate Records, which was a British label started in 1965 by The Rolling Stones’ manager Oldham and Tony Calder, the outfit concentrated on London-based blues and R&B artists. It signed performers like Rod Stewart, Fleetwood Mac, and Humble Pie.

The label folded due to financial problems in 1970 and has experienced controversy ever since with issues revolving around alleged unpaid royalties. But before then, the label released songs like “We’re Wastin’ Time.”

Another penned by Jagger and Richards, the 1964 song was first released by Tracey Dey. It first appeared in 1965 when Dick and Dee Dee and The Mighty Avengers released versions of it as singles. Another rendition was released shortly thereafter by Dey on Amy Records. On that version, the label credits Richards and Oldham, adding a touch of controversy to the originators.

The song was later released by The Rolling Stones on the band’s 1965 United States-only release album, December’s Children (And Everybody’s). The song features Brian Jones on 12-string electric guitar and Richards on a six-string. It was not released in the U.K. until 1971 on the compilation record, Stone Age. Cliff Richard and the Shadows released a rendition later in 1966 and it became a hit in several countries, reaching No. 15 in the U.K. 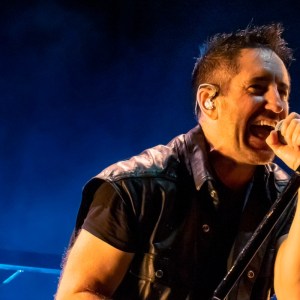 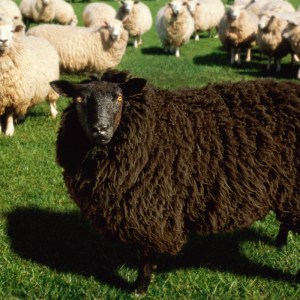