Born Christopher John Boyle on July 20, 1964, Chris Cornell, as he was better known, would go on to become a timeless rock and roll singer.

Whether solo, belting out a ballad on a bright acoustic guitar, or fronting major rock projects like Soundgarden or Audioslave, Cornell was one of those rare vocalists who had several voices. He boasted a deep moan, a high-pitched shriek, and just about everything else in between.

But what did the Seattle-born artist, who passed away in 2017 have to say about life and love, his career, songwriting, and the world around him?

1. “A band that makes records and tours is also a business. That’s usually where a lot of disagreements come. It’s four guys who are musicians and don’t really know much about business, but are very passionate and have very specific ideas.”

3. “The fans own the records and listen to them and love them. It becomes the soundtrack to some part of their lives, and we don’t control that. To me, that’s what’s exciting about what we do.”

4. “Children should always feel like the adults are living in this world to nurture them, to take care of them, to protect them from any bad thing that might come.”

6. “Most frontmen are not born hams like David Lee Roth. We’re more like Joey Ramone: awkward geeks who somehow find our place in the world on the stage.”

7. “When I met my wife Vicky’s family, I had to go out of my way to convince them, to show them, that I wasn’t anything like their idea of a musician.”

8. “I just kind of went into the blue-collar workforce at a really young age and discovered music, in terms of being a musician, around the same time. The good news is, I was probably 17 when I knew that’s what I was going to do with the rest of my life, no matter what that meant.”

9. “I’ve always felt like there’s a certain amount of doing what I do, and performing and making records and doing interviews and photo shoots and that, that are kind of a necessary evil of getting my music to people’s ears to hear. Over the years, I’ve just become more tolerant of that.”

10. “A lot of what attracted people to Nirvana was that they were like the people you went to high school with.”

11. “Superunknown, maybe more than most albums, didn’t reveal itself to be what it was until the very end—literally until we were three-quarters of the way through mixing it.”

12. “I really had to come to the conclusion, the sort of humbling conclusion that, guess what, I’m no different than anybody else: I’ve got to sort of ask for help—not something I ever did, ever. And then part two of that is, like, accept it when it comes, and, you know, believe what people tell me.”

13. “Soundgarden signing to a major, then Mother Love Bone, and seeing the same happen to Alice in Chains. We were all suddenly making music and recording at the same time, and we had money to do it. It wasn’t like a $2,000 recording that you do over a weekend. It’s like, ‘Wow, maybe this will be our job.'”

14. “When you become a parent, you leave a lot of things behind and refocus, maybe on how simple life really is and what few things there really are to worry about. And everything else can go by the wayside.”

15. “I had kind of a mean piano teacher. I went to Catholic school, so it was like the typical thing you would imagine—a little kid with a white-haired teacher frowning at the fact that I didn’t practice.”

16. “I feel like you’re not a real musician or entertainer if you can’t go into a room, pick up an instrument and entertain people.”

17. “Once you sit in front of people and start playing songs, it’s all on you. No matter what happens, it’s entirely your responsibility the entire time. I like that intensity.”

18. “Soundgarden was incredibly democratic, and I was really proud of that. I felt like we got along better than most bands we toured with and most people we knew. And at the same time, when you’re that democratic and concerned with each other’s opinions, you’re always concerned with what the other people think.”

19. “When you start your first band and it has an impact on the rest of the world you go through a lot with those guys and you become very protective of that legacy.”

20. “There’s something about that blind trust between [the producer] Timbaland and me—two people that have almost nothing in common except for a love of music—that is really rejuvenating.”

21. “As a child, I was this record collector/listener that would sit in a room and listen to the entire Beatles catalog alone, over and over and over again.”

22. “Hip-hop kind of absorbed rock in terms of the attitude and the whole point of why rock was important music. Young people felt like rock music was theirs, from Elvis to the Beatles to the Ramones to Nirvana. This was theirs; it wasn’t their parents. I think hip-hop became the musical style that embraces that mentality.”

23. “One thing that I have thought ever since Temple of the Dog is that I would never say no to an interesting collaboration, and that’s partly where Audioslave came from.”

24. “When you see a country take care of its people regardless of class, or how much money they make, or what color they are, that’s pretty inspiring.”

25. “I was going to be a musician, no matter what it took. I supported myself with blue-collar jobs so I could write music and be in a band and play shows. I even got into an underground art scene. I was going to do whatever.”

26. “I think the concept of commercials, for example, I have had offers to do songs in different commercials, and it is not what I have liked.”

27. “I don’t get in there and create a character. It’s more of a voice that I hear living inside the music.”

28. “If I’m going to go out to be a solo artist, it’s because I want to do something different without having to wait on someone else’s schedule or hobbies or be limited by other people’s prejudices. I’d be kind of stupid not to exercise that.”

29. “For years, I wasn’t feeling good about myself. My head wasn’t clear. I was doing nothing productive.”

30. “The focus on my wife and my children, it really helps me make sense of the music side of it somehow.”

31. “It’s good for me to be involved in different things.”

34. “When I started writing songs for Temple of the Dog, I went to my room with my acoustic guitar, and I was happy staying in that mode. It was more chordal-based and more lyric-driven. I enjoyed not making riff-based songs built around a guitar idea.”

35. “Criticism pretty much follows anything anyone ever does. So, anytime anyone ever writes a song, plays a show, or does whatever they do, there’s going to be a certain amount of criticism because that’s kind of what happens.”

36. “You sometimes get the feeling that people think getting back together after a hiatus to write and record a record is work, you know, arduous and unpleasant. Being able to write and record—that’s a privilege. I don’t forget the long days I spent working in a restaurant when I wanted to be done so I could go home and work on a song.”

37. “To me, R&B means Aretha Franklin, who is otherworldly.”

38. “What’s important is to get into shape and then not to have to worry about it. I don’t want to get on stage and not being able to do something. Not being physically fit doesn’t work for me.”

39. “In the United States, workouts tend to focus on body image and how you look. For me, it’s really all about the brain.”

40. “What formed me as a musician, a songwriter, the sound and personality of my band, a whole lot of that happened well before 1991.”

41. “They’re a great audience, kids. They actually respond. They don’t have the references that adults have, so everything is immediate. It’s always interesting to see what they react to in whatever I’m working on at the moment. And they don’t even want to discuss why. That’s a lesson to remember: My son doesn’t care about why.”

42. “Whenever anyone sends me a link to a band, saying, ‘These guys sound exactly like Soundgarden,’ it’s always some super simple sludge riff with a singer that sings high and screechy. And it’s really awful.”

44. “I’ve always had a really difficult time with loss.

45. “There’s this existential argument that comes in, at some point, when you’re overthinking the songwriting process. There’s no guarantee that the more time you spend or the more you concentrate on certain aspects that that’s going to produce a better result, especially in the arts.”

46. “Companies figured out that the easiest way to make money was to reissue records that the accounting department had paid for years ago and already made a profit.

47. “I got in touch with the creative process between the age of 14 and 16, mainly because I was alone so much.”

48. “Seattle very much benefited from this geography where it was a town nobody had really heard of in terms of a music scene. So we had that factor of being a new discovery.”

49. “I never look back, ever. I’m always looking ahead, working on the next thing.”

50. “There’s sadness to anyone that dies before their time, specifically ones that seem to affect people in a positive way. It doesn’t matter if it’s Whitney Houston or a nameless, faceless person on the street. That’s just as big of a tragedy for me.” 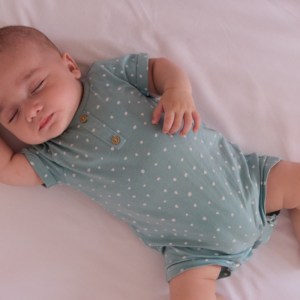 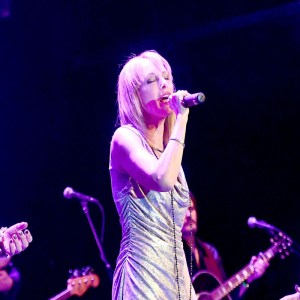