Just in time for our release tour, I was holding in my hand the first copy of my band’s new record “The Archer’s Parade,” which was finally ready for the masses. We had a spring and summer’s worth of shows booked at our favorite venues throughout the Northeastern and Midwestern United States, and our promotional campaign was in full swing. Even after 20 years on the road, release tours were exciting, and great for band morale. We were pumped.

Three shows into the tour, everything changed.

At first, it was just a handful of shows. “Postponed,” rather than canceled. Venues were acting out of an abundance of caution, but nobody was in total panic mode yet. Finding ourselves suddenly gigless for a couple of weeks, I threw my band and crew a spontaneous barbecue at my house before most of them returned to Canada to wait out what we assumed was a temporary blip on our touring radar.

A few days later, on St. Patrick’s Day, the border slammed shut, and all hell broke loose. A few canceled shows became a few dozen. Venues we’d booked for March postponed us to June, then October. Suddenly, we were facing the reality of a music industry without live music.

Many bands reflexively pivoted to live-streamed shows, soliciting donations or selling tickets and promoting virtual concerts on social media. This unfortunately wasn’t an option for my band, separated by hundreds of miles and a shuttered international border. As a band who had proudly scraped out a living for two decades by playing a hundred shows a year, live performance was suddenly off the table.

After a few days of requisite existential panic, followed by a few weeks glued to news and social media (interrupted by not-infrequent manic bursts of gardening), I settled into a comfortable, if surreal, domestic routine. I even registered full-time at a community college and started Zoom classes with kids literally half my age. Life went on.

Looming just out of frame, however, was a problem I would eventually need to address: what the heck were we supposed to do with our new album?

Live stream release shows were impossible. We could fulfill most of our Kickstarter packages (although most of the CDs we mailed out were, unfortunately, not signed as we had promised). Our fans were incredibly understanding and supportive, but we couldn’t help but feel a little bit cheated, and not just because our release tour was expected to pay our bills for most of 2020. The tour was supposed to be FUN! A celebration of three years worth of work. A reward for busting our asses to produce a collection of music we were legitimately proud of.

With no end in sight, the shutdown was threatening to kneecap us and render all of that work irrelevant. How could we mitigate the damage, and give our supporters some kind of communal experience to enjoy? How could we promote the album, and salvage the release… at least a little bit? Well – we couldn’t tour. But we could still throw a party. Better yet, we could throw a dozen of them.

For the last decade or so, we’d had a tradition of holding “listening parties” in various cities upon the release of a new album. We had planned a few for “The Archer’s Parade” which were scrapped by the virus along with everything else. Why not do it virtually? And why stop at one?

A big advantage of a 20 year old band is a hefty back catalog. “The Archer’s Parade” is our tenth studio album; we also have multiple live albums, bootlegs, and concert DVDs. I hatched a plan: we would host bi-weekly “Throwback Thursday” listening parties, going all the way back to our very first release in 1998 and working our way forward, culminating with a final listening party for “The Archer’s Parade” – complete with high-quality lyric videos for every single song on the record. We didn’t want to charge for virtual tickets, but we did need to make money somehow.

Facebook offered the option of “stars” to monetize our livestreams (virtual tokens sold to fans by Facebook, which can then be spent on artists’ live streamed events). Here’s the kicker though: they charge a 50% commission. I was pretty annoyed by that. Somehow, Facebook felt entitled to HALF of the contributions from fans who believed they were helping us survive an unprecedented crisis. Thankfully, we had another option.

Because our website was hosted by Bandzoogle, we could put up a digital “tip-jar” for fans who were feeling generous. We could also push sales of our back catalog on our “virtual merch table” and keep whatever we made, since Bandzoogle does not take commission on music sales or donations. All I had to do was set up the appropriate pages on our website and figure out a format for the listening party streams.

I decided, for the sake of consistency (and my own blood pressure) to pre-record Zoom interviews with my bandmates, as well as former collaborators and a few special guests. We’d share stories about each song: anecdotes about recording and writing, memorable performances, weird trivia, and anything else that came to mind. I’d edit the interviews down to a digestible few minutes per song, pepper in a few trivia questions, and stream the whole thing live at 7pm every second Thursday. Band members and guests could hang out in the chat and watch the stream along with fans, and we’d archive the parties for people who couldn’t watch them live.

Our first three streams were popular, but we were derailed by an unexpected obstacle: Facebook identified the music I was streaming as “protected intellectual property,” but failed to recognize that I owned the copyright! Unable to find a solution and unwilling to risk getting our Facebook page shut down for good, I moved the interviews over to YouTube, which had a slightly-more-streamlined process for disputing copyright claims. I still got flagged for using our music and had to spend half an hour manually disputing claims on each song, one at a time. It was certainly annoying, but at least YouTube provided an option to prove my innocence and unlock the stream without muting all the songs. Not the most elegant solution, but it got the job done.

In the end, we pulled in about $15,000 USD through our listening parties. I don’t cite this figure to brag; $15k in 8 months for five band-members is $375 a month per person – not exactly fat stacks. Nonetheless, that’s money we couldn’t have made 20 years ago, and it was money that we made directly through our Bandzoogle website, that we didn’t have to split with anyone – not a record label, and especially not Facebook. Fans who had the means to donate were able to do so knowing that they were supporting us directly. We had a ton of fun, moved a bunch of merch, and generated lots of new content for our YouTube channel.

What’s next, though? Which hat is the next rabbit hiding in? We musicians are scrambling to salvage careers we’ve built for years or decades, in the midst of a crisis that is shuttering beloved music venues and destroying festivals.

Our parties were a blast, but let’s not fool ourselves: we can’t keep putting bandaids on axe-wounds. Groups like the National Independent Venue Association (NIVA) are working hard to #SaveOurStages, but eight months into this pandemic, tours are still getting postponed and canceled, and there’s no end in sight.

We are creative. We pivot. Eventually though, we are going to need a legislative solution to save a besieged industry. Otherwise, when the world finally opens back up, it will be a much quieter place.

About Brian Buchanan
Brian Buchanan is a multi-instrumentalist, singer and songwriter living in Allentown, PA. His band “Enter The Haggis” has been touring internationally for two decades, and has been featured on A&E Breakfast With The Arts and a nationally syndicated PBS Concert Special. He and his wife Rose Baldino perform under the name “House of Hamill“, and their all-violin cover of “Sweet Child of Mine” went viral in 2019, amassing more than 400,000 shares on Facebook and close to 17 million views. They’re spending their suddenly ample free time working on their third album. 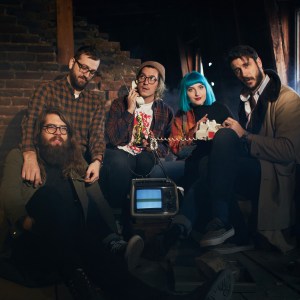 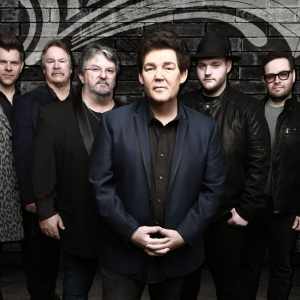