After seventeen years apart, Marty Raybon rejoined GRAMMY®, ACM, and CMA winning Shenandoah because he felt they still had more to say.

Shenandoah began establishing a national fan base with their self-titled Columbia Records debut in 1987. However, it was the band’s sophomore effort, The Road Not Taken, that spawned their first top ten hits—“She Doesn’t Cry Anymore” and “Mama Knows.” They followed with three consecutive No. 1 hits—“Church on Cumberland Road,” “Sunday in the South” and “Two Dozen Roses.”

In 2014, Raybon and McGuire reunited. Several times, they spoke about “getting the wheels back on,” but the timing never worked out. The veteran vocalist attributes the hiatus to burn out. While rumors may suggest inner-band turmoil, the artist confirms that was not the case.

“I just knew we still had gas in the tank,” says Raybon.

2016’s Good News Travels Fast brought the country icons back up to speed, but they still struggled to find relevance in post-modern Nashville.

Today that legacy continues as Blake Shelton joins the band on a new single, “Then A Girl Walks In.” The song is their fourth preview into a new chapter in Shenandoah’s storied career. Produced by Buddy Cannon, Every Road is slated for release on November 13. Shenandoah’s tenth studio album is the group’s first record of all-new music since 1994.

The album’s lead single “I’d Take Another One of Those” with Zac Brown Band was released on September 25. “Every Time I Look At You” with Lady A followed on October 12 and “If Only” with Ashley McBryde on October 23.

While selecting their collaborators, Blake Shelton’s respect for Shenandoah had grown increasingly clear. As a judge on NBC’s The Voice, the artist often suggests Shenandoah classics for his team of selected apprentices to perform.

Additionally, Raybon listened to an interview where he discussed a particular single. The interviewer asked, “Why is this song so special to you?” And he explained it feels reminiscent of the days when Shenandoah was on the radio, cutting records. He pointed to their songs as the type that “had something to say to somebody.” He went on to surmise that if Shenandoah had their hands on this one, they would have cut it for themselves.

“The Tune he was talking about was ‘I Lived It,’” Raybon shares. “And I realized that “Hey, he’s right, we would have cut that.”

With that confirmation, Raybon approached Shelton as he was walking backstage to perform at the CMA Awards. Their verbal agreement birthed a collaboration that infuses new twang into old school stylings.

“Just like Blake’s single, ‘I Lived It’ could be on a Shenandoah record, ‘Then A Girl Walks In’ could be on one of Blake’s,” Raybon asserts.

“Not wanting to be pushy, my pitch to Blake was just sing the second verse and chorus and all of the bridge. Blake didn’t do that. He sang every bit of that song top to bottom four different passes. You can tell he believes in the song.”

“It opens with a boy wanting to feel that vigor of living out on your own. It’s the splitting rent, being a bro’s man, all piled up in a small apartment, really living it,” he explains, setting the stage. “Then you see this gal, and you know good and well when you see her that she’s just changed every single thing about you.”

The lyrics chronicle an age-old tale. Staying up all night talking on the phone leads to moving into a small rental. Living there and getting married, fathers dancing at weddings spillover into the romance. Then all of a sudden, a girl comes in that “looks exactly like her mama.”

“I have three boys and three grandboys,” Raybon shares. “If we wind up having a girl, she’ll be so spoiled people won’t be able to stand her. But, I know how I am with my boys, and I love my wife desperately. There is no daddy alive that wouldn’t feel the last part of the song like I did. It really got to me.”

Once the storyline is set, the final chorus wraps it up with a ribbon: “Oh, ain’t it funny how you think you got it all and then / A girl walks in.”

“The story means so much to people,” says Raybon. “You can put yourself in that song. That’s what makes it commercial.”

Similarly to their song choices, Shenandoah’s artistry hinges on the folks who make sacrifices in support of the band. Just as it is essential for their fans to find a home in their lyrics, Shenandoah embraces their audience from the stage.

This phenomenon shifted early on at a show in West Virginia. A young couple approached their merch table for an autograph and shared that they had not paid their light bill that month to attend.

“We talked about this for hours that night,” Raybon recalls. “We realized then we better never forget that moment. People evaluate where their money is going to be spent, and if you’re included in that, you’ve got to take that really seriously.”

From that point on, Raybon believes they did their best to embrace their fans into the live music experience.

“We were always going to do the hits on the setlist,” he assures. “But if the fans called out a deep cut, we were going to haul off and play them as well. We knew that if we could bring those people into where we’re at, if we could take them as far away from anything going on in their life as we can, hoopin’ and hollerin’, then at the end of the evening we’ll be satisfied.”

This realization was grounding for the group who had so quickly grown in fame that they hadn’t yet evaluated the implications. As Raybon explains, the focus was always on their music.

“I didn’t realize that folks had that much respect for what we have done in the past,” he admits. “When you’re not sitting around weighing it, you overlook it. You’re not thinking, ‘there are a lot of people out there that love us, man.’ We’ve never studied that stuff.”

The band, who admittedly struggles with the often-used introduction as “legends,” feels entirely humbled by this experience.

Their initial intention with the collaborative record was to feel not only relevant but connected once-again in Music City. As more and more artists obliged with honor, Shenandoah uncovered that their introductory tagline was maybe appropriate after all.

Listen to Blake Shelton and Shenandoah intertwine on their latest single, “Then A Girl Walks In,” here. Pre-order Every Road ahead of November 13.

Learn to Play
Buy from Amazon 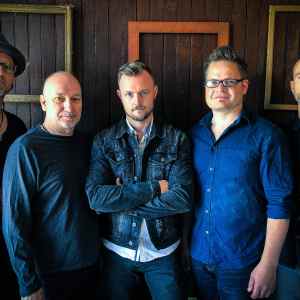 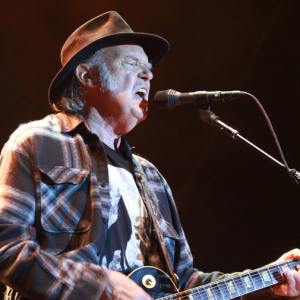