Producer Tommee Profitt describes the story of Christmas as epic, deserving of an equally grand soundtrack. This sentiment inspired an album with a concept initially forming in 2005. Gathering ideas over the years, Profitt found March 2020 the time to dive into the six month process of creating, and now releasing, the high-concept record titled “The Birth of a King.”

The album features seventeen tracks with stellar artist features including Avril Lavgne, Stanaj, Kari Jobe and Chris Tomlin. Profitt told American Songwriter the work he’s done on this project,  connecting with artists and spending weeks perfecting each track, made up one of the best and most rewarding experiences he’s ever had.

While crafting a Christmas album was an endeavor he’d dreamt of for quite some time, Profitt says he held off up until now because nothing he tried ever seemed quite right.

“I wanted it to be right because I wanted to just do it once…so I wanted to do it right the first time,” Profitt explained. “A lot of it was hard to figure out what to do with every song, just wrestling with where to take the sound and how could I make an album that is for 20-year-old gamers that listen to some of my music, but also the 65-year-old mom whose baking cookies and decorating the house for Christmas?”

Much of Profitt’s music has a cinematic atmosphere, thus the producer wanted to find a way to express himself musically through the album, as well as connect to diverse audiences. Profitt says he wanted to think through how to touch the existing spaces of the songs on the album, while also making it clearly his own.

“Some of what makes these versions unique is the cinematic nature,” Proftitt says.

With surprising, powerful moments not always found in classical arrangements of these songs, Profitt notes he hoped to capture the attention from many groups, not just those who like Christmas music or cinematic music.

Originally, Profitt says he anticipated the album being instrumental. But as he worked with the concept it just didn’t sit right. Then the idea of specific partnerships began to flow and Profitt says each individual he asked was immediately in for the task.

Stanaj, contemporary R&B artist, partnered on the track “Noel (He is Born).” The singer says he got the call from Profitt while in the desert of Southern California, standing outside, under the hot sun. Thinking about doing a Christmas song at that point seemed ironic, according to Stanaj, but he knew anything Profitt was working on would be an exciting partnership, tailored to his vocal abilities and nuances. The song just clicked, according to Stanaj.

“When he sent it to me, just hearing the rough, I knew it literally matched what I wanted when making a Christmas song,” Stanaj said. “I’ve thought, how would I make a Christmas song…what would it feel like, and he nailed it. It’s exactly what I envisioned and that’s why it sounds so connected. It just worked.”

Profitt worked with many of the artists, including Stanaj, remotely, giving feedback over facetime and running remote sessions. But even with this new process, Profitt says he knew exactly what he hoped to come through the song with each artist—their vocal range, tamber, inflection styles—all detailed aspects to make each track a perfect fit.

“That’s what makes the album so special – the collaboration,” Profitt explains. “The artist’s voices are all world class and incredible and some of the best vocal performances they’ve ever given. All the people of different backgrounds coming together all to make this one most epic Christmas album ever made – that was our goal. Each artist brought what they do to the table, on top of these tracks.”

Profitt said he spent weeks at a time perfecting each track, sometimes even scratching entire demos, or processed ideas until he found the exact musical moment he was looking for. One track took a total of eight completely separate ideas, over the course of two weeks, before he felt he landed in the right arena. But the key for such an important project according to Profitt is to stick with it, until you find it.

“It was the most fun I ever had from the standpoint of immersing myself in a project that I’ve always wanted to make, seeing it finally come to life,” Profitt said. 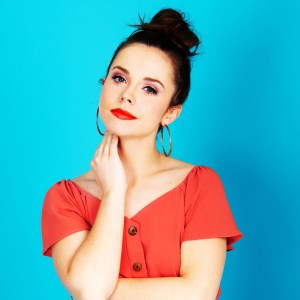