The question of an artist’s responsibility and willingness to speak out politically has been posed in many a music documentary, from Taylor Swift’s Miss Americana to 2006’s Shut Up and Sing. For Reggaeton star J Balvín, it’s a question he perhaps wasn’t quite ready to answer in the week leading up to the biggest show of his life. His response is captured in Oscar-nominated director Matthew Heineman’s The Boy From Medellín, which will soon head to Amazon.

“I’m Colombian and proud to bring my country to other parts of the world,” Balvín tells fans at Mexico City show that opens the film, which debuted at the Toronto International Film Festival this past weekend. “I’m not on the left or right, but I’m always walking forward with dignity and respect.” When a teenager who is injured by a teargas canister in the ongoing protests against the corruption of President Iván Duque Márquez dies in the week before his homecoming show, Balvín’s stance is not enough for his legions of fans.

Born José Álvaro Osorio Balvín, the 35-year-old singer has amassed crossover popularity through collaborations with artists like Selena Gomez, DJ Khaled and Pharrell, along with ubiquitous hits like “Mi Gente” and “I Like It’, and headlined the likes of Coachella and Lollapalooza, becoming the first Latino artist to do so. With over 45 million followers on Instagram alone, he has cemented his status as one of the biggest Latin artists of his time. But there is another side to the playboy persona who only wants to make uplifting music, ready-made for dancing —a side that shows a man who struggles with anxiety and depression regularly.

It’s this side Balvín allows Heineman, a director known for tackling drug smuggling and civil war, to film in The Boy From Medellín. They met at Madison Square Garden during a particular moment of anxiety for the singer.

“He taught me how to breathe,” Balvín told the audience, before the film’s premiere. Heinemann, having experienced anxiety and depression himself, was drawn to Balvín’s honesty and transparency about his fears. “I knew José’s music, obviously,” said Heineman. “I knew who he was. I always wanted to do a music film, and then when I met him I saw how clear he is about his own emotions and what he’s going through. We really connected over that. I felt like I’d be able to get the access that I needed to tell the story, and I think he felt comfortable with giving that to me.”

Balvín let Heineman accompany him as he prepared to perform the homecoming concert in Medellín, at a stadium he dreamed of playing while growing up. The Boy from Medellín tracks Balvín’s return to his home city, in the midst of great political upheaval, fly-on-the-wall style, as he meets press and fans and deals with a bout of laryngitis. The viewer sees, too, how he takes social media criticism to heart and worries about making sure to take photos with everyone who asks. Heineman, used to immersing himself in a subject for months on end, only had a week with Balvín. “It takes an enormous amount of courage to open up your life the way he did,” he said. “José really opened up his life in ways that people at level don’t.”

Initially, it was hard for Balvín to get used to the crew being around him constantly. “I’m a really private person. Because I’m kind of popular in my country, I cannot go out, so I’m always home or at a friend who lives 5 mins away. My social life is small. So to have 11 people at my house with cameras…that privacy is gone for a minute. That wasn’t easy. It was the first time that I’ve done this. I am not sure how the Kardashians do that,” he said, straight-faced.

In the documentary, Heineman allows Balvín the space to continue his candor about his mental health, something fans have become privy to through his social media posts. “I’m a human being, and the fact that I’m an artist doesn’t take me away from being a human,” he said. “I don’t pretend to be nice. I don’t pretend to be the most happy person. I don’t pretend to be the  coolest on the planet. I have good moments and bad moments, great energies, some down energies, great happiness and sometimes I’m kind of sad. My mom, she always raised me in a great way. Every time I see her, she’s like, ‘Don’t forget you are a human being and share that with people. Show them that you are real guy. You have hard moments just like anybody else in the world.’”

Harder still is the growing up Balvín seemingly does on camera, as he struggles with what to say about the protests and how to say it.

“There’s a moment when you think you’re just an entertainer, like, ‘Give me a second and I can make people happy.’ But there’s a moment when you have to show how you feel about things,” said Balvín. “I think has to be a balance. I’m not a superhero, to save the world, but the least I have to do is show what I think about things and try to make it with love, not to make it worse. I don’t want to be blind no more to the things that are happening in the world.”

For many of Balvín’s fans, this is the answer they have been looking for. 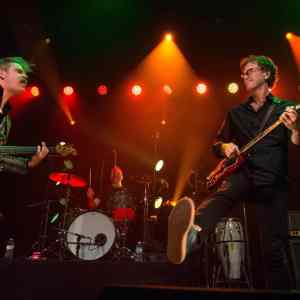 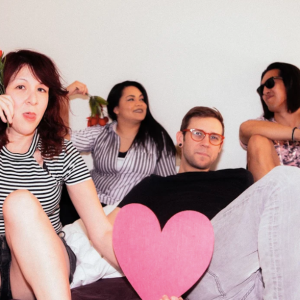