If you’re looking for sordid details into why Semisonic hasn’t released any music since 2001, stories about band infighting, studio blowups and the like, you’re likely to be disappointed. According to the band’s guitarist, lead singer and chief songwriter Dan Wilson, who spoke to American Songwriter about Semisonic’s new EP You Are Not Alone, out this Friday, there was no great animosity driving the hiatus.

“We’ve always basically gotten along, besides the frictions of being on the road and travel, which can make anybody squabble a little bit,” Wilson says. “When we stopped touring, every year we’d cook up some way to get together, like we’d play a benefit or we’d do a political fundraiser or something like that. We would always find some way to hang, because we like each other.

In actuality, it was the standard that Semisonic, comprised of Wilson, bassist John Munson and drummer Jacob Schlicter, had set with their three albums, released from 1995 to 2001, that held them back. “In all that time, I had in the back of my mind, and sometimes in the front, this thought that I was going to write songs for the band,” Wilson explains. “But when I did try, it just didn’t sound right. Some of them sounded like Semisonic, but they weren’t good ones. Because of “Closing Time” and “Secret Smile” and “She’s Got My Number” and “Act Naturally,” I just felt like they had to be really good. I couldn’t just do a bunch of OK Semisonic songs and put out a record. It just took me a long time to figure it out.”

At times, Wilson wondered if new Semisonic music might never happen. “I used to be very touched by things that Robert Plant would say about Led Zeppelin reunions,” he says. “I found it very moving when he would say, ‘I just don’t remember how to be that guy anymore. So we can’t do the band anymore.’ It was such a clean, deeply honest way to think about it. There were times when I thought maybe my body just can’t remember how to be the guy who was in Semisonic.”

Oddly enough, the breakthrough for Wilson, who has built an impressive career since the band stopped recording out of being a songwriter-for-hire as well as doing solo work, came when he was trying to write songs for a Liam Gallagher record. “After writing the songs for Liam Gallagher, I kind of noticed, to be honest, that they sounded more like Semisonic songs than Liam Gallagher songs,” he remembers. “They didn’t have the bluesy side. They were loud Paul Simon songs, which is what Semisonic has always been. I had just enough confidence then to try it a bunch of times after that.”

“It’s like I found this room in the mansion of my brain and I turned the light on and it was the Semisonic Bedroom,” Wilson laughs. “You know, ‘Here we are. They left it exactly as it was.’”

Before the recording process began, the trio first established what they were trying to accomplish. “When we got together, I felt there might be a couple of challenges,” Wilson muses. “The main one being that the band might have some self-consciousness about trying to update our sound. I usually have some sort of manifesto when I do sessions, like, ‘Hey, this is the big mission.’ One of the big missions for me and the guys this time around was we’re going to sound like ourselves and we are going to put zero attention or effort into updating what we do. And I felt really confident about that, because I am in the swim of current, modern music all the time. I don’t live on some sort of musical island. I feel like I’m in that world now with what I do collaboratively. I just wanted to give permission to all three of us to just do what we do.”

There was a little hiccup as the band felt some jitters upon their return to the studio. “The time was wavering on the first day,” Wilson admits. “We sped up and slowed down and we did some things that you might do if you were thinking too much. And then the second day, we just kind of settled down. When you settle down and you play, a weird kind of magic happens.”

“It’s almost like with three instruments, when you’re trying too hard, it sounds empty and thin. But if you have three instruments and everybody is just settled down and not really giving a shit about impressing anybody, it all sounds fuller and more satisfying. We hit that stride on the second day. Then after that, it was just the usual artistic exploration and arguments and trying stuff. Personally, I liked that first playback a lot, and I felt very proud of me and the guys.

You Are Not Alone is Semisonic just the way you hoped they would sound after all those years away: Wilson’s sturdy melodies and nuanced wordplay sitting out in front of a muscular power pop framework. And, on songs like the ultra-catchy title track, the soaring ballad “All It Would Take” and the nostalgic rocker “Basement Tapes,” the band provides reassurance to their listeners at a much-needed time.

“I feel like these five songs have a lot of positivity and they’re warm and comforting,” Wilson says of the overall tone. “And I think it’s partly because when I wrote them, the level of political and cultural warfare in America had reached this fever pitch. This was in ’17 and ’18 when I was writing a lot of songs for the band. Who knew it was going to get worse? I was writing what I would want to hear if I felt overwhelmed by the world and attacked by unworthy people. And so, I think part of that warm positivity is just what I wanted to hear at that time.”

“I was also influenced a little bit by listening to (the band’s 1998 album) Feeling Strangely Fine. I wrote those songs at a personal low in my life, as far as the circumstances go. I was the most afraid and vulnerable that I’ve ever been. Some of those songs have this sort of glow of hope even when they’re not super-hopeful. Even the loudest songs on that album have an undercurrent of gentleness. And I think I gave myself permission to just be that guy again.”

The last song on the EP, “Lightning,” talks about the possibility of a romance rekindling. Yet in the context of Semisonic coming back together, it’s understandable if fans will hear it as a reference to the group itself. Wilson says that he welcomed that connection, even if he didn’t intend it.

“I wrote that with Richard Walters, a friend of mine who is a British singer-songwriter and kind of an electronic crooner,” Wilson explains. “We wrote it for him to sing as a kind of spooky, ambient, mournful, relationship-type of song. When Semisonic was cutting tracks the last time, I was just thinking are there any stones left unturned? Are there any songs that I’ve written that are secretly Semisonic songs, but I haven’t figured it out? And I almost accidentally listened to Richard’s and my song that he had already cut.”

“I was like, oh my God, this could be about a relationship, wanting lighting to strike me a second time. But it also totally sounds like a guy making new records with his band 18 years along the line. It’s just hilarious. We didn’t change the lyrics at all. We just recast the vibe of it and it just sounded like the band.”

And speaking of that vibe, the first thing that you hear on the EP is a little riff that doesn’t sound all that dissimilar from the one that starts off “Closing Time,” Semisonic’s most enduring anthem. Wilson modestly claims it’s all coincidence. “I don’t know if it was intentional or not,” he laughs. “That just might have to do with me having a limited palette of ideas.” 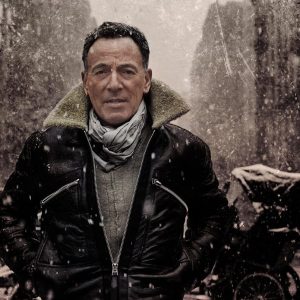 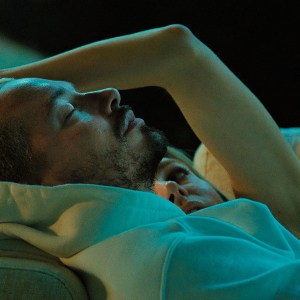