Indeed, these are strange days. Time are changing. There’s increased isolation, uncertainty, and a steady shift in the societal fabric. California alt-rockers The Brevet are feeling it, too, and reflect on the emotional toll it’s taking on “Strange Days.”

“Many are saying it, all of us are thinking it, ‘these are strange days,’” says singer Aric Chase Damm. “Like many, I can’t help but feel off during this time. This song, to me, is not just about our current situations of being lost and trying to focus on the future or past but about all the times a generation looks back and reflects on ‘the good old days’ or when times were simpler.”

Off the band’s upcoming EP, out November “Strange Days,” which follows recent single “Roses,” is a continuation of sorts of The Brevet’s new coming since 2018’s LEGS and 2013 debut Battle of the Heart.

A constant reminder of changing times, and nostalgia for more halcyon times, “Strange Days” pulls out the “feels” in its slowed melodious drift and build-up, moving through the lyrical message of The people these days, are more caught up in haste / Than they were before / But I don’t mind if there’s rough terrain / If that is what’s in store.

Shot on iPhones within a two-and-a-half-hour span, the video, filmed in Corona Del Mar in Newport Beach, CA captures a sense of growing in the times but also the flip side, a tranquility and renewal following hardship.

“We really wanted to capture the vibe of this song, which melodically is uplifting and has summer, old surf rock feels but the lyrical content being more on the heavy side,” says Damm.

He adds, “I find perspective to be an unusual thing,” says Damm, “especially when we take for granted times we are actually living in.” 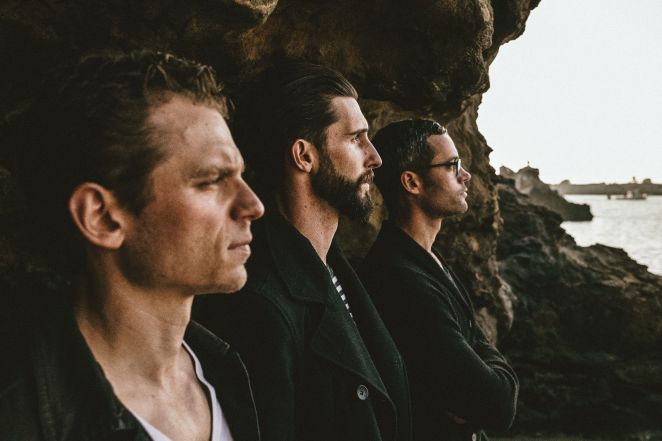