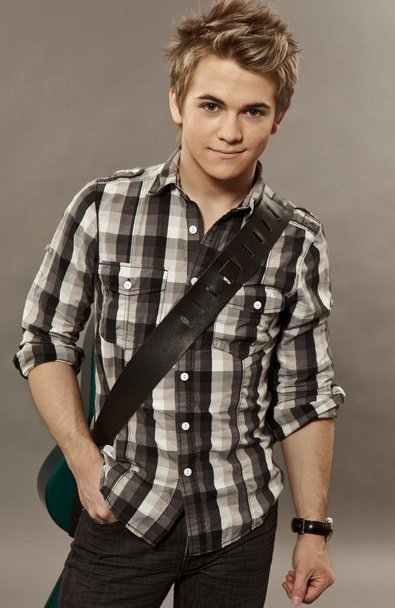 Hunter Hayes is on a mission to become a household name. The 20-year-old country sensation has been plying his trade since kindergarten, and his journey has taken him from state fairs to opening for Taylor Swift. His debut album for Atlantic, the just-released Hunter Hayes, shows off his talents as a songwriter and multi-instrumentalist. We asked Hayes about breaking into the business, being taken seriously, and who he’d like to work with before he turns 21.

Getting Signed to Atlantic:

I had a buddy from Louisiana that plays guitar, and was part of a band that’d been signed in Nashville before. He was coming in to fill in for a couple of gigs for me, so I sent him a bunch of new music. He said, “I’ve got a buddy named Scott Hendricks who I really want to send this to.” Scott ended up calling me, and he was a real big believer in the music. He encouraged me to move to Nashville and introduced me to the entire staff. Shortly thereafter I happened to meet Craig Kallman who’s president of Atlantic. Craig was a big supporter and he loved the music. He was just really into it. That’s kind of how it happened, I guess. I just kind of met one person after another and ended up signing with the famous Atlantic.

I started writing when I was six years old. Very creatively, I’d say… my first song was called “Six Years Old.” I didn’t know what writing really was, I was just making up my own stuff. I just got tired of playing music that was made by everyone else. I wanted to say what I wanted to say, and play what I wanted to play. Every now and then, I came up with a song that I had actually created. I fell in love with writing music, and it’s been an outlet ever since ,and now it’s just a part of my life. It’s something I’ve always done and probably always will do.

I started learning drums when I was five, guitar when I was six, and piano kind of followed thereafter. I was learning an instrument at a time because I was in love with music and I wanted to do anything I could that had to do with music. For my 7th grade Christmas present I got an 8-track Tascam recorder. I remember kind of putting the puzzle together in my head thinking, “Wow, if I’ve got this, I’ve got these instruments, if I can just sit here and sort of slowly make these recordings of these tunes I’m writing, people might actually hear them.”

My mom is not musical at all but she took lessons and came home and taught me guitar chords that she learned. And then she never practiced them again, so she’d almost completely forgotten them, but I learned a couple of chords from her. I for some reason had no patience for lessons. I just wanted to go home and try it out for myself, experiment, get it wrong until I got it right. That was kind of the best way that I could teach myself, through trial and error.

With songwriting, I’m learning that there’s no right or wrong way for me to do it. I sort of had rules as far as, I should probably start with this or that, or I should at least get this message out first. Every day I battle myself on those rules and it’s like, I don’t really want to do it that way today.

When I was around 15, I started getting into a comfortable writing rhythm, as far as saying my own things and being confident about saying them. Still, every time I sit down to write, I’m learning something new, because I’m in the room with some of my favorite songwriters in the world.

I got signed to this publishing deal with Universal and they immediately started introducing me to other writers. People like Barry Dean, Luke Laird, Andrew Dorff. Luke Laird was actually one of the first people to write with me when I came to town. Everybody has their own thing and literally every time I walk into the room with these guys I learn something new. And that’s no kidding, like I’m taking notes every time I’m writing with these guys.

Aren’t You a Little Young for This?

When I first came to town, I was so nervous to be in the room with these guys, I didn’t notice if [anyone was treating me differently because of my age]. There were a couple of times where I felt like I had something to prove, but then I would quickly realize that it’s not about proving anything. It’s about walking out of that room with a song that I can sing and feel like I’m telling the truth. But the writers take me seriously. They respect me, regardless of my age, regardless of my experience.

Just this week, someone was like, “Well how do you write a song at even 19? How do you have experiences? How do you know what that feels like?” And then they came back a few seconds later and said “actually, come to think of it, being at this young age, every emotion that you experience, it’s one of your first times experiencing that emotion, good or bad. And so you have nothing to compare it to, and therefore it’s the strongest emotion you’ve ever felt.”

That’s kind of what drove me to write all of those songs when I was 15 and 16. And that’s what still drives me to; it’s still new. The emotions are high, good and bad, and there’s a lot to pull from.

I wrote “Storm Warning” with Gordie Sampson and Mike Busbee. I always walk into the room with an idea, whether we use it or not. This was was one of those days where I had a bunch of ideas, and Gordie actually came in with this idea of storm warning. He’s from Canada and I’m from Louisiana, but I immediately identified with the title, being from there. But for some reason, I did not go to “weather” at all. For some reason I just went to 19 year old. “Storm warning, that’s interesting, that reminds me of a girl I just met.” And for some reason I just went ranting about how this was this girl I was interested in and couldn’t tell if she was really interested in me, but I felt like she was. And how I just wanted to spend time with her, try to get to know her, all the while knowing that she’s probably not all that interested, and it’s probably going to end soon and it probably won’t be fun. That’s kind of where “Storm Warning” came from, where the whole song branched out from.

I’m a huge fan of Taylor Swift. Talk about songwriting. She’s an absolutely brilliant songwriter. She’s got these hooky melodies that get stuck in your head and lyrics that don’t feel like they were written, but more or less just said and everyone can relate to them in some way. And her live show is just amazing.

Get it Right the First Time:

I wanted my first album to be as honest as possible. I wanted people to get to know me through the music if nothing else. There’s some songs about being young and having no idea of what love means, such as “Somebody’s Heartbreak” or “Storm Warning.” But I hope there’s some songs on there that everyone can relate to in some way shape or form at some point in their life. “They can say I’ve been there.”

I’m a big fan of collaborations. I could name names for you all day. I grew up listening to a ton of Ronnie Milsap, so I’d love to do something with him. Obviously I’m a huge guitar fan, so Keith urban would be great as well. 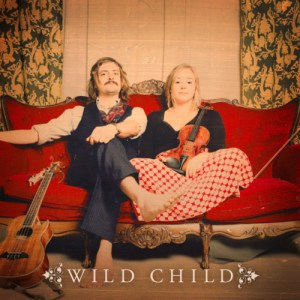