It wasn’t long after The Dodos released their seventh album Certainty Waves in 2018, and were moving into the next phase of music, when vocalist Meric Long started experiencing the early signs of arthritis in his hand, threatening his ability to play his heavier picked guitar. Along with drummer Logan Kroeber, the pair had finally reached the sound they began honing 15 years earlier with their 2006 debut Beware of the Maniacs and felt an urgency to continue working on the new album, one that may very well be his last. Wanting to capture the essence of The Dodos—one they always wanted to sound like the inside of a guitar—before it was gone, the duo continued recording through the pandemic.

Everything comes full circle on Grizzly Peak (Polyvinyl) for The Dodos. Grizzly Peak ascends all the trials of a musical journey. Throughout, Grizzly Peak grapples with lyrics on regrets and shame, forgiveness, and enduring love, thumping out on “Annie,” an overture built around the emotional dwellings of the remaining nine tracks. “Annie” is also a sweeter homage to The Dodos first manager, who passed away several years ago.

“When I first started playing out and trying to perform I connected with her, and she became booking agent, manager, and carried me into this band,” Long tells American Songwriter of Annie Southworth, who died in 2018 after a long battle with breast cancer. “We had a huge falling out but buried the hatchet before she passed. That was the first song that was really important to me.”

Motioning through the heartier beats of “Pale Horizon” and the cascading beats of “The Atlantic,” throughout, Grizzly Peak is the sound of a band marching on, stuck on each beat, every word, phrase, and feeling as if it were their last. The immediacy of music as a lifesaver, particularly during the pandemic, also trickles in on “Sustainer,” a track Long says literally helped sustain him during the process of making the album, and one that was partially written by his 5-year-old daughter Tegra, who came up with the hook. “I guess my songwriting has changed over the years,” jokes Long. “Now I just rip off my daughter’s ideas.”

Stop running away while standing still / You’re looking away from what’s been here, sings Long on the strutting “Sunrise/Sunset,” a song that came to him in a dream. “Guitar and drum parts have come to me in dreams, but this was a complete song with the words and everything,” says Long, who woke up in the middle of the night, saving voice memos of the somnambulant song. “I went back to sleep and went back to work, and I had the whole song in the morning,” says Long. “When something comes to you like that, it feels like a gift because it’s all there.”

In all its intricacies, Grizzly Peak is also a tribute to The Dodos’ fans, who have remained devoted since their beginning.

“I feel a huge debt of gratitude to our fans or anyone that paid attention enough to notice,” says Long. “I really want to say thank you. Going back to our original intention and trying to perfect this sound really seemed like the best way to express that gratitude. It was a huge motivation in working through this stuff.”

The California wildfires are still top of mind, the experience coupled with the onset of COVID, helped penetrate many of the songs on Grizzly Peak. “My mind immediately jumps to this day in October of last year when the sun didn’t come out,” remembers Long. “It was literally nighttime at 11 am in the morning because of the smoke. I’ve never seen that before. California has always been this place, a destination, the end of the line, but that coupled with everything else just made it very visceral. The forces that be were really showing their cards.”

He adds, “It definitely talks to your sense of hope. It brings this awareness of our impending doom to the forefront.”

Already deep into the project when his arthritis started to kick in, the fear of not being able to complete Grizzly Peak made Long push into the songs harder. “I had this pretty intense goal and trajectory on my mind,” says Long, “and having all this stuff happen during that time really put an emphasis on the value of what I was doing, and the value of me choosing to spend my time to work on this. It clarified this is something that does have value, and it really got me through that time.”

The reality of the future of The Dodos also began to set in. “I thought ‘I’m not going to be able to play guitar like this forever,’ so if this is the last record, I really should address all the things that I’ve wanted to address in the past but was too lazy to,” shares Long. “So that brought me to a level of going back and doing things exactly how I wanted, and having complete control and being involved in every step of the process.”

Sonically and thematically, there was also a certain amount of accountability that Long wanted to capture. “The whole reason why this band exists, is because of like a very simple, sonic idea that I wanted to accomplish back in 2005 and every successive record we’ve made was sort of an attempt to complete that goal,” says Long. “After all these years, I wanted to go back and really try and make the guitar sound the way I wanted and just check every single box along the way and see if I can pull this off.”

Moving through the different themes was another thing to check off on Grizzly Peak. “We’ve all had regrets,” says Long.” I’ve had regrets in my career, in my life with people and friendships that I felt like I didn’t honor as much, so I wanted to be accountable there. I feel like it informs some of the lyrics and the songs, like going back and making things right.”

The last album from The Dodos would be the close of an era for Long and Kroeber, one built on natural experimental elements that evolved over eight albums. Making the new album was rewarding, and The Dodos may have finally reached their pinnacle on Grizzly Peak.

“Now, I get to help other people through that process, and it doesn’t get better than that,” says Long. “I will always be writing songs, and every time I work on a session with somebody else I am totally humbled and inspired by what I see them doing.”

Long adds, “When I first started this band, there was a very specific idea, a specific goal that we were chasing, but as you build a career, there is that push of needing to keep the ship going. I’m not writing off every record that we’ve done in the past, because there’s always been some sort of granule of something, even if it was wanting to make a record that has vibraphone all over. For me, that was enough to make a record. But letting go of that need to keep the ship sailing is very freeing. Now, I would rather see someone else in their moment of clarity and inspiration.”

The Dodos continue their tour around Grizzly Peak in January 2022. Go here for more tour dates. 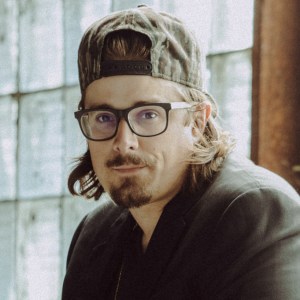