At the height of COVID-19 in 2020, Mikei Gray began jotting down the phrase “death of small talk” in his notes app. Reflecting on the months in exile, forced off tour, in isolation and the uncertainty ahead, The FRST frontman and guitarist penned “Small Talk.”

“Vocally, like a lot of our songs, I wanted to reflect what was going on around us at the time,” says Gray. “Everyone had a different experience but so many elements were exactly the same for all of us throughout the pandemic. It’s kind of ironic that a song about modern isolation would subliminally be about bringing people together.”

Musically, Gray was trying to tap into something similar to The FRST track “Tarantino,” off the band’s 2020 debut Prelude, but drop-tuned the guitar to add more “attitude and crunch.” Using a Digitech Grung pedal that Taking Back Sunday’s Adam Lazzara gave him a few years earlier, it was the perfect effect for the song.

“I had been searching for a place to use it in our songs, but couldn’t find a home for it anywhere,” says Gray. “It turned out to be the perfect tone for the solo and lead guitar lines in ‘Small Talk’ to help bite through the chunky rhythms.”

Mixed and produced by Steve Hardy (Jay Z, Alicia Keys) and mastering engineer Andy VanDette (David Bowie, Sublime, The Beastie Boys), “Small Talk” follows the band’s previous single “This Is Me Now,” feat. Kid Brunswick, and explore the extinction of human contact in a post-pandemic world, and the “death of small talk.”

Delivering some of the distress of isolation—They say everyone’s the same just afraid to lose / And there’s no precedent for this… So we hideout inside like we’re not on our phones / We’re still terrified to try and live on our own—”Small Talk” is as much an ode to the darkest moments alone and the aftershock of coming out from under the rock and the promise of entering the real world again.

For Gray, who spent more than a decade as a working guitarist for The Steve Miller Band, Portugal. The Man, Sean Kingston, and other artists, The FRST was another musical route he needed to explore. “Freedom and fun were the goals with this project,” says Gray, “so as a mission statement there is no I in The Frst.” Forming in 2017, and working with musicians, including Taking Back Sunday’s Nathan Cogan, Andrew Leahey, Jeffrey Cashmere of Insane Clown Posse, and Justin Smith, The FRST released first single “Another One” in 2018.

On his own during the “Small Talk” sessions, Gray laid down more than 130 instrument and vocal tracks on his own. “Following suit from ‘Tarantino,’ again I decided to perform all the instruments and vocals myself and luckily everyone in our camp was very supportive,” shares Gray. “I figured it broke us into radio last time so why change the formula when it came to a similar single.”

Working with producers Hardy and Andy VanDette was something that brought out the best in the song, says Gray.

“I’m incredibly grateful for their mentorship during the process,” he says. “We’ve got both softer and heavier songs in store for the future, but I think ‘Small Talk’ reflects what we’re best known for at this point heavy guitars, crashing drums, harmonized leads and a mix of melodic and hip-hop infused vocal lines with the songwriting as the main focus.” 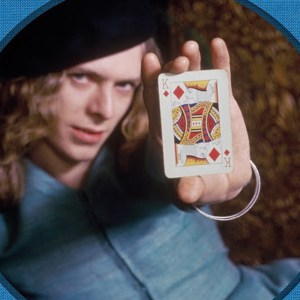 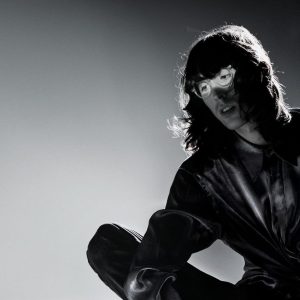